Sources: Nunn opts for another year with Lakers 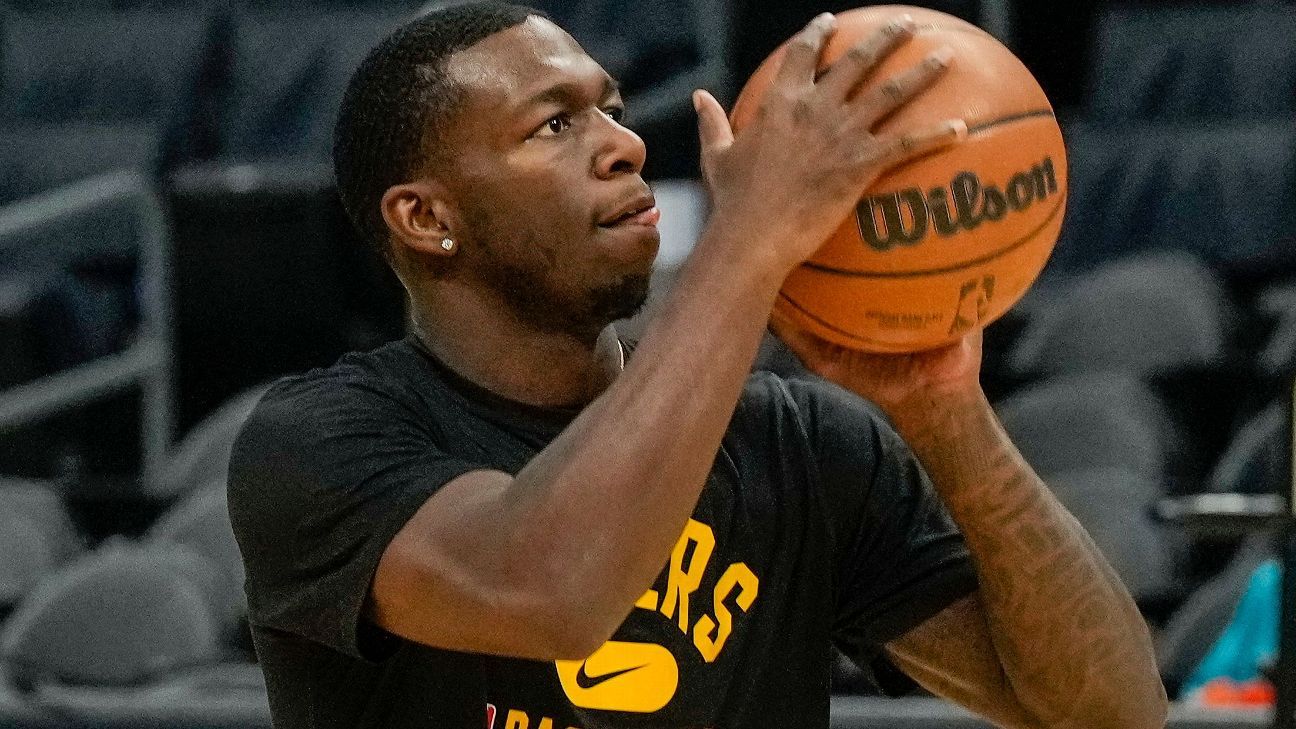 Kendrick Nunn, who missed all of last season because of a bone bruise in his right knee, is opting into the final year of his contract with the Los Angeles Lakers worth $5.25 million, sources told ESPN on Tuesday.

Nunn, who turns 27 this summer, signed with Los Angeles for the midlevel exception last summer but never played a game during the regular season after injuring an ankle during training camp and later discovering the bone bruise, which was slow to heal.

The Chicago product came into the league undrafted out of Oakland and latched onto the Miami Heat, averaging 15 points on 36.4% from 3 and 88.1% from the foul line in two seasons, along with 3.0 assists and 2.9 rebounds per game.

During his exit interview with reporters in April, Nunn announced his plan to return to Los Angeles.

"Knowing that I just took this entire year off, it's a no-brainer for me to opt in," Nunn said.

Nunn's decision puts the Lakers at five guaranteed contracts on the books for next season, along with LeBron James ($44.47 million), Anthony Davis ($37.98 million), Talen Horton-Tucker ($10.26 million) and Austin Reaves ($1.56 million).

Russell Westbrook, entering into the final year of his deal worth $47.06 million, has until June 29 to inform L.A. whether he intends to opt in or not.

Even if the Lakers exercise those options, the front office will still have half the roster to fill out this summer as it looks to regroup from one of the most disappointing seasons in franchise history (33-49 in 2021-22).