State Of The Game: Busy Berko bounce back in buoyant style after lockdown 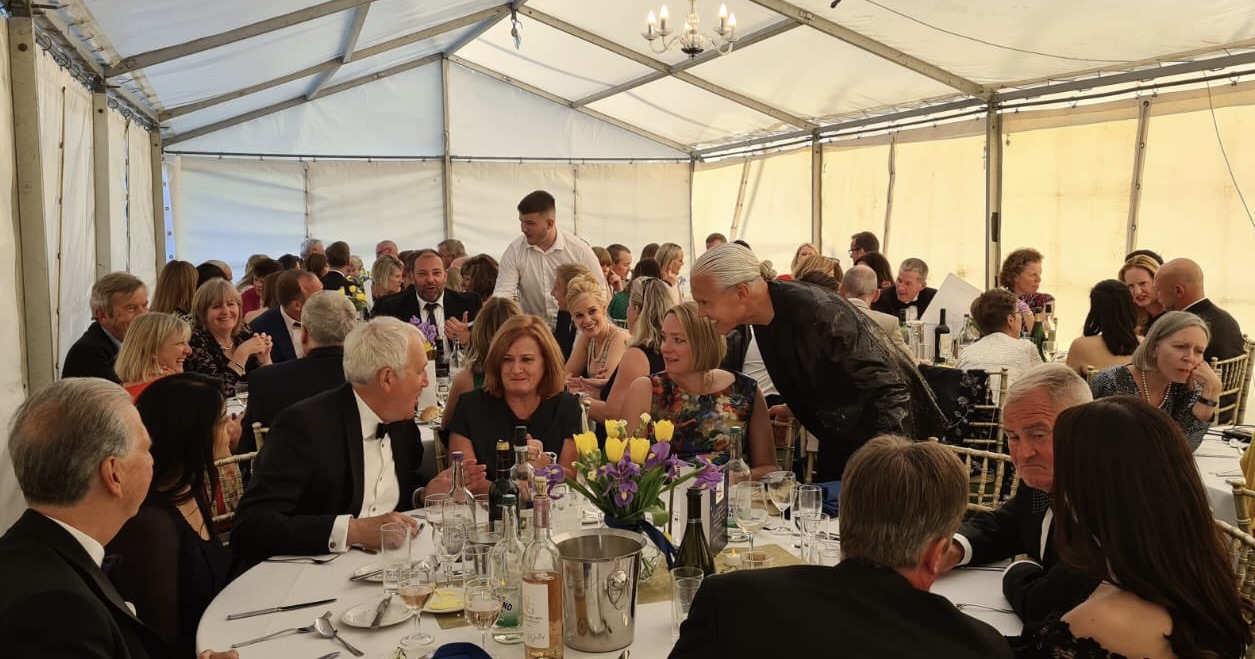 ‘We had a low point in August but worked hard to engage with members, especially those who didn’t renew,’ says popular chair John Shaw
By ALAN THATCHER (Squash Mad Editor)

Berkhamsted Lawn Tennis and Squash Rackets Club, popularly known throughout much of squash simply as Berko, is busy celebrating its 125th anniversary.

This is a phenomenal achievement for the Hertfordshire club, not only in longevity but also in terms of adapting to changing times and creating a club that is not only relevant to today’s needs but is also a major community hub.

On the squash side, Berko has six courts (four of them glass-backs), 22 box leagues for squash and eight for racketball, six squash teams and two racketball teams. It is also home of the BEST Academy run by Adam Fuller, who has been with the club since 2010, and provides a high-quality training base for many top-class players.

Squash chair John Shaw (pictured) said: “In total we have just short of 1,300 members overall. Broadly, that means 850 for tennis, 350 squash members, and 100 social. The squash membership comprises around 265 adults and 85 juniors.

“Most of our adult members (and some juniors), from beginners through to 1st team players, play in the club box leagues.

“Squash membership dropped about 20% during the height of the Covid pandemic, compounded by very poor court utilisation. But we have now just about built both measures back to pre-pandemic levels. As an outdoor sport, tennis membership boomed during lockdown.

“Our membership year runs from 1st April to 31st March. So our March 2020 renewal point was largely unaffected and we had 362 squash members, 282 of whom were senior members, making up the majority of our subscription income and court utilisation fee income. Our courts cost £5 and £4 for off-peak.”

Shaw has been squash chair for three years and overall club chair for the past year, and led the team through a difficult period as the long-term effects of lockdown threatened to bite.

He added: “Our lowest point was in August last year when we were down to 295 squash members, of which 224 were seniors, a reduction of 20%, almost all of which were from our main revenue generation categories.

“That was a concerning moment because, although we were somewhat protected by our booming tennis membership (tennis and golf had a ‘good Covid war’), for a club with six courts the number was too low and we like each of our sports to run cash-positive cost centres, to avoid too much cross-subsidisation.

“However, through quite a lot of steady effort, by February this year we had managed to just about get back to pre-pandemic levels with 350 squash members.”

Last week’s anniversary dinner was the culmination of all that hard work, giving the club the opportunity to look forward to continued success in the future.

Rebuilding the club after lockdown

John adds: Among the things we did, none of which were revolutionary, were:
Started a monthly club newsletter in March 2021 to engage with members even if they couldn’t be at the club, plus a women’s squash newsletter to encourage a community feel
Started weekly lunchtime coach-led racketball session when we came out of the final lockdown
Organised friendly matches and restarted all the teams at the earliest opportunity to bring our keenest players back
Launched a women’s team for the first time in years
Held our first PSA event for a decade
Targeted former players who had not renewed plus our tennis members to see if they fancied trying squash or racketball
Offered three-month temporary memberships
Held open days and rebuilt the social aspect, holding functions for the Euros, quiz nights and a Christmas dinner and disco.

Founded in 1897 as Berkhamsted Tennis and Croquet Club
Celebrating our 125th anniversary this year with a gala dinner held on Saturday 11th June
We are largely owner-occupiers, with most of the current grounds purchased in 1924
Our first squash court was constructed in 1970, with further courts added in 1974, 1977, 1978, 1998 and 2009
We have 11 outdoor tennis courts, two indoor, six squash courts (four of which are glass-backs), and a small fitness suite
We are a Community Amateur Sports Club, with all profits reinvested in the facilities
The day-to-day running of the club is handled by two part-time club managers who form our club office; our bar and catering is outsourced to a local couple; our tennis coaching is outsourced to a Director of Tennis who has been with us since 2008; and our squash coaching is run by Adam Fuller (founder of the BEST Academy) who joined in 2010
In all other respects, the club is overseen by an elected voluntary Council supported by three elected voluntary committees (tennis, squash and racketball, and social)

More in this category: « - Angela Smith and Billie Jean King, two sporting legends who have opened so many doors for female athletes »
back to top