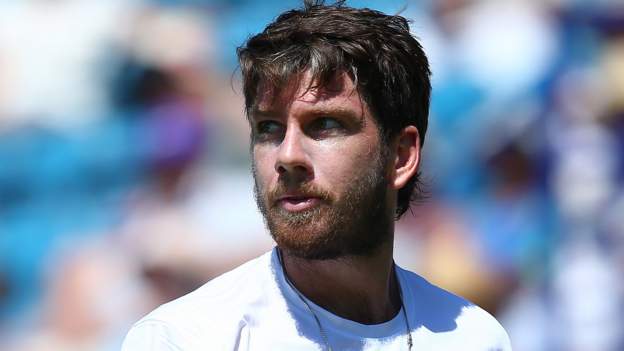 Top-seed Norrie was edged out 7-5 7-5 by American Maxime Cressy, leaving him with just one singles grass-court win to his name before Wimbledon.

However, there will be an all-British quarter-final as Ryan Peniston faces Jack Draper.

Peniston reached a second ATP quarter-final in a week as he beat Spain's Pedro Martinez 7-6 (10-8) 3-6 6-3 in a match that was delayed on Wednesday because of bad light.

Both Draper and Peniston are bidding to reach a first ATP semi-final.

All four Britons will compete at Wimbledon, which begins on Monday.

Norrie, who has never gone beyond the third round at Wimbledon, was disappointed to let the first set slip after a tight contest.

The Briton led by a break before Cressy hit back, with his serve-and-volley technique proving effective.

Norrie served to take the set into a tie-break but a long pass brought up set point, before an unfortunate bobble off the net cord handed Cressy the opener.

World number 12 Norrie had the first break-point opportunity of the second set but it was saved by a Cressy volley and the Briton's serve began to falter.

He saved three match points in a row after going 0-40 down on serve but he was unable to stop Cressy converting the fourth.