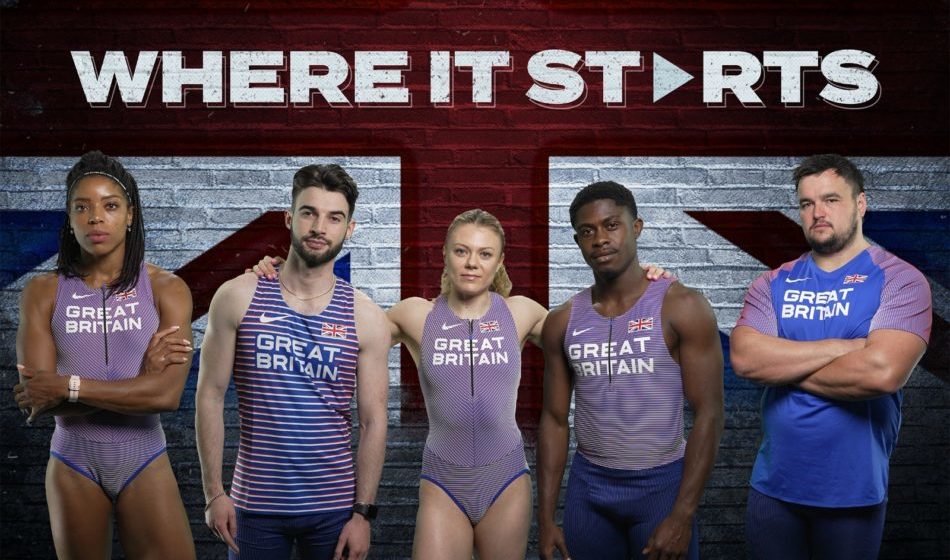 Back in 2015 a controversial British athletics kit was slated by athletes because it did not include the union flag. Instead it featured a small shield consisting of a montage of images of athletes doing a variety of track and field events but Greg Rutherford was among those criticising it, saying it was “ridiculous and wrong”.

Now, on the eve of a busy summer that includes three major championships, UK Athletics has revealed a new team kit and it includes a welcome comeback for the union flag.

In addition to the flag, the redesigned Nike clothing also features Dri-FIT Aeroswift, a new material that helps athletes manage heat and moisture, while it consists of at least 50% recycled content.

Coinciding with the team kit redesign, UKA has also launched a new campaign called “Where It Starts” to champion diversity and togetherness in the sport. This also all falls on the first day of the Müller UK Athletics Championships in Manchester too.

With the Müller UKA Champs about to start, the governing body unveils a new team kit and #WhereItStarts campaign to champion diversity and togetherness in the sport. pic.twitter.com/DU1txJdzqw

Mark Munro, interim chief executive at UKA, said: “We are grateful to Nike for designing and launching this striking new kit ahead of one of our biggest ever summer campaigns. To have the GB & NI athletes competing with the union flag returned to its rightful place and a fresh dynamic look is a further boost in what is lining up to be an exciting few months.

READ MORE: 10 to watch at the UK Champs

“We’re delighted that our new campaign works in tandem with revealing our new GB & NI kit for the summer. “Where it Starts is about recognising where the GB & NI team athletes came from, how they got started and highlighting the inclusivity of the sport. Every athlete pulling on the vest started somewhere, whether a local club, school sports, community events or street athletics – the list is endless.

“We want to wish all our athletes the best of luck for a summer full of action and this weekend is literally ‘where it starts’ for the journey ahead.”