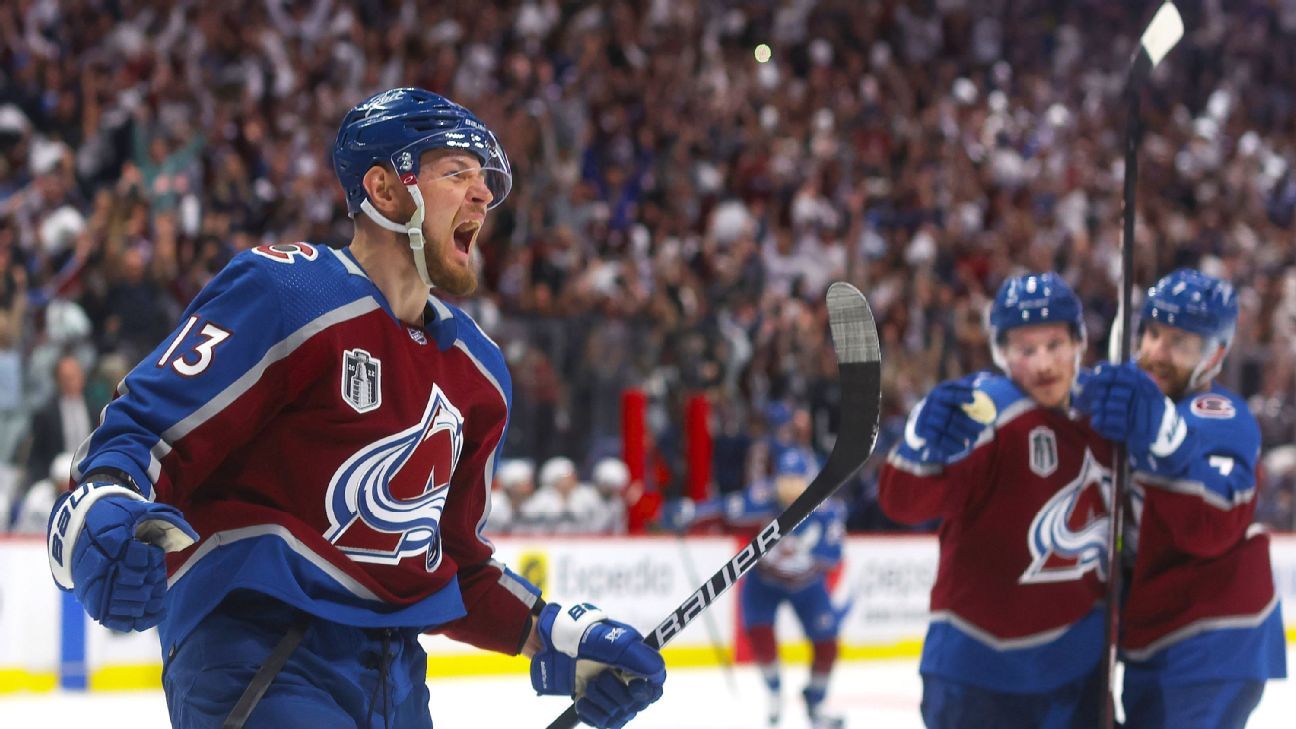 Oddsmakers believe the Colorado Avalanche are on the verge of a dynasty.

The Avalanche, who finished off the Tampa Bay Lightning on Sunday with a 2-1 win in Game 6 of the Stanley Cup Finals, are the favorites at 6-1 for next season at Caesars Sportsbook. The Lightning are next at 8-1 and are the only other team with single-digit opening odds heading into an offseason with a deep pool of impactful free agents.

The Carolina Hurricanes and New York Rangers are each at 10-1 to win next season's Stanley Cup, followed by the Florida Panthers, Vegas Golden Knights, Toronto Maple Leafs and Edmonton Oilers, who are each 12-1.

Colorado began the 2021-22 season with 6-1 championship odds and remained the favorite at the majority of sportsbooks throughout the campaign. The Avalanche are expected to return the core of their championship roster, although goalie Darcy Kuemper is a free agent.

"The Avalanche were a no-brainer as the favorites for next year," Thomas Foster, senior hockey trader at Caesars Sportsbook, said in a company release. "They didn't disappoint after being favorites for the entire season and are still on ascent. They just have so much young talent."

A pair of left-wingers in the Nashville Predators' Filip Forsberg and the Calgary Flames' Johnny Gaudreau highlight the free-agent pool. Forsberg is coming off his best offensive season with 42 goals and 42 assists in 69 games. Gaudreau is among the top 10 scorers over a three-year span, and the Flames have said they're going to go to great lengths to keep him in Calgary.

"We're going to move heaven and earth and do everything we possibly can to get Johnny back here," Calgary general manager Brad Treliving said.

The Arizona Coyotes have the longest odds to win the 2023 Stanley Cup at 250-1 at Caesars Sportsbook.