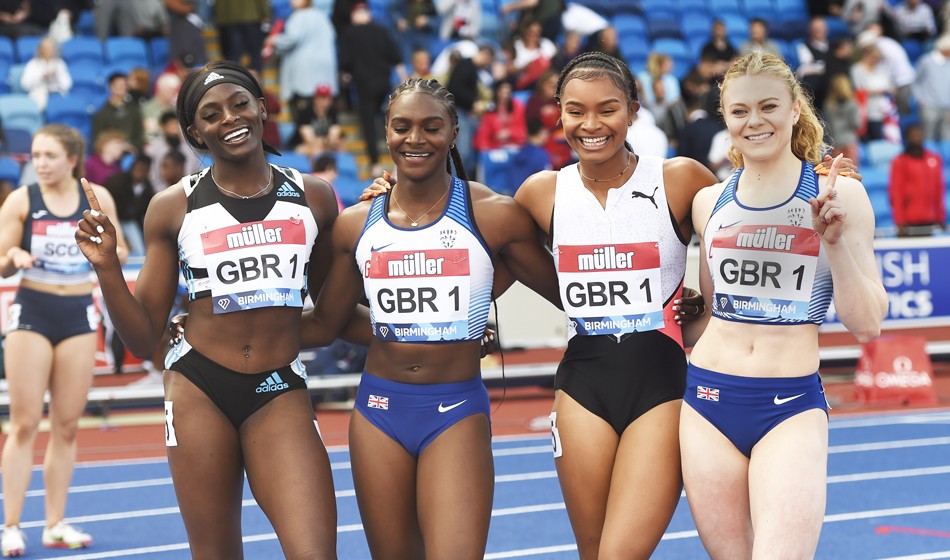 Reigning world champions Dina Asher-Smith and Katarina Johnson-Thompson, Olympic medallists Keely Hodgkinson, Holly Bradshaw, Laura Muir and Josh Kerr plus exciting young talents like Max Burgin have been named in the first wave of selections for the Great Britain and Northern Ireland team for the World Athletics Championships in Eugene, Oregon, next month.

Further names are expected to be added this week when World Athletics ranking positions are published.

Some athletes who finished outside the medals in Manchester, or missed the event due to illness or injury, have also been picked, including distance runner Eilish McColgan, 800m athlete Alex Bell and 5000m man Andy Butchart, the latter on the comeback trail from a broken leg in the spring.

Olympic head coach Christian Malcolm said: “We are really pleased to be selecting such a strong team. We saw a very competitive trials event at the Müller UK Athletics Championships which saw several athletes confirm their place on the plane, and we’ve seen a number of athletes step up on the global circuit so far this season which has been really encouraging. We are confident that we’ve selected a team that optimises medal success and that have the ability to progress through rounds to reach finals.

“The World Championships is the start of a very busy summer of championships and games, so there are a number of opportunities for athletes to represent their country this summer. For those who have been selected for the team for Oregon, I wish the athletes and their coaches the best over the next week or so and to keep focus to achieve your goals.”

The team is as follows: