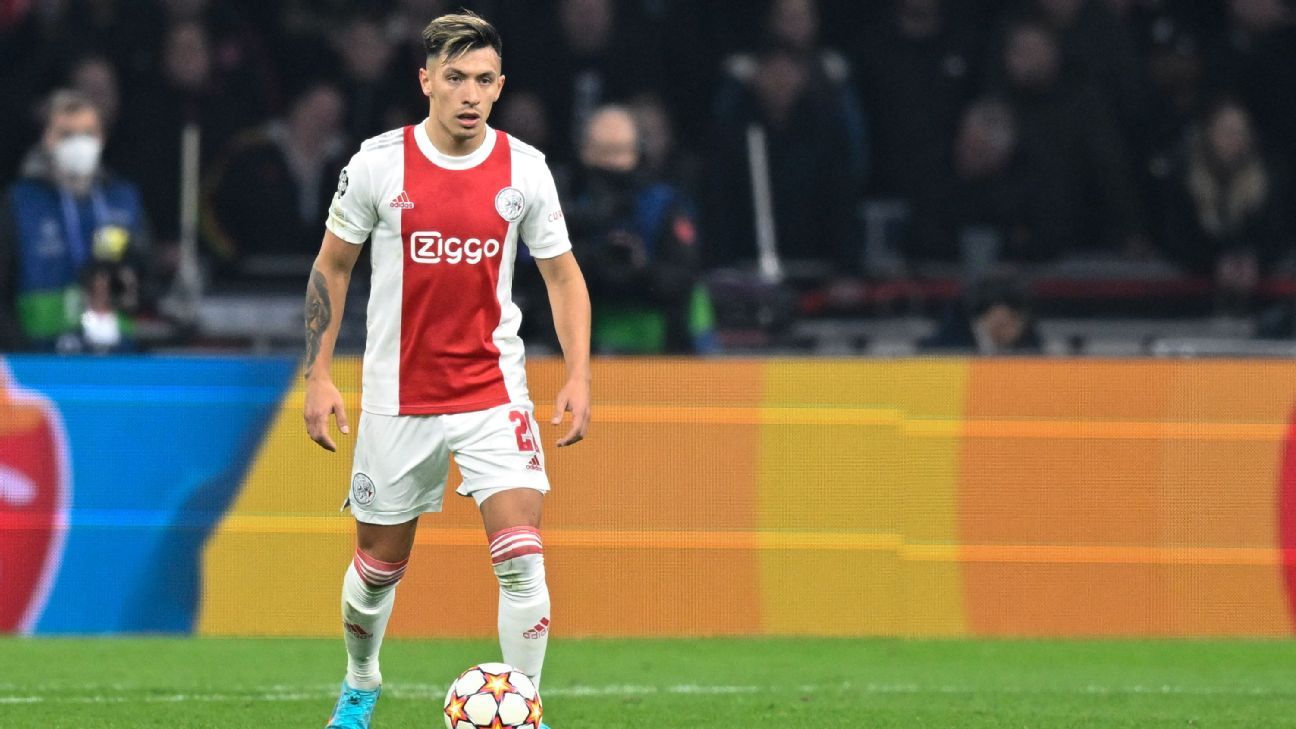 Manchester United are closing in on the signing of Lisandro Martinez from Ajax, sources have told ESPN.

The Dutch side are set to grant the Argentina international's wish to secure a move to the Premier League and are now actively looking for replacements.

Sources have told ESPN that Arsenal, who also registered an interest, are looking at alternative targets because of a belief Martinez is heading to Old Trafford.

United are likely to have to pay more than €50 million for the 24-year-old, who can play in defence and in midfield. Both are areas of the squad that Ten Hag is keen to strengthen.

The United boss was forced to use left-back Alex Telles as an emergency centre-back during the second half of the 4-0 win over Liverpool in Bangkok on Tuesday.

Harry Maguire missed the game through injury while Axel Tuanzebe was also absent. Sources have told ESPN that Tuanzebe is set to return from the tour of Thailand and Australia to deal with a personal issue.

Academy defender Will Fish, 19, will join the squad in Melbourne as cover.

Sources have told ESPN that United are still hopeful Christian Eriksen will be able to join up in Australia.

The Denmark midfielder is set to sign a three-year contract following the completion of a thorough medical. Eriksen suffered a cardiac arrest playing at the European Championships last summer and only returned to action with Brentford in January.

United also remain in the hunt for Frenkie de Jong. Chief executive Richard Arnold and football director John Murtough have been in Barcelona this week in an effort to solve an issue surrounding wages owed to De Jong by the Spanish side.

Sources have told ESPN that United are convinced the Dutchman does want to Old Trafford despite claims in Spain that he is against the transfer and would rather stay at Barcelona or join a team in the Champions League. United have agreed a base fee of €65m for the Dutchman.

More in this category: « Liverpool's Jurgen Klopp talks to ESPN about legacy, staying on top and more Liverpool stunned 4-1 by Napoli in UCL opener »
back to top