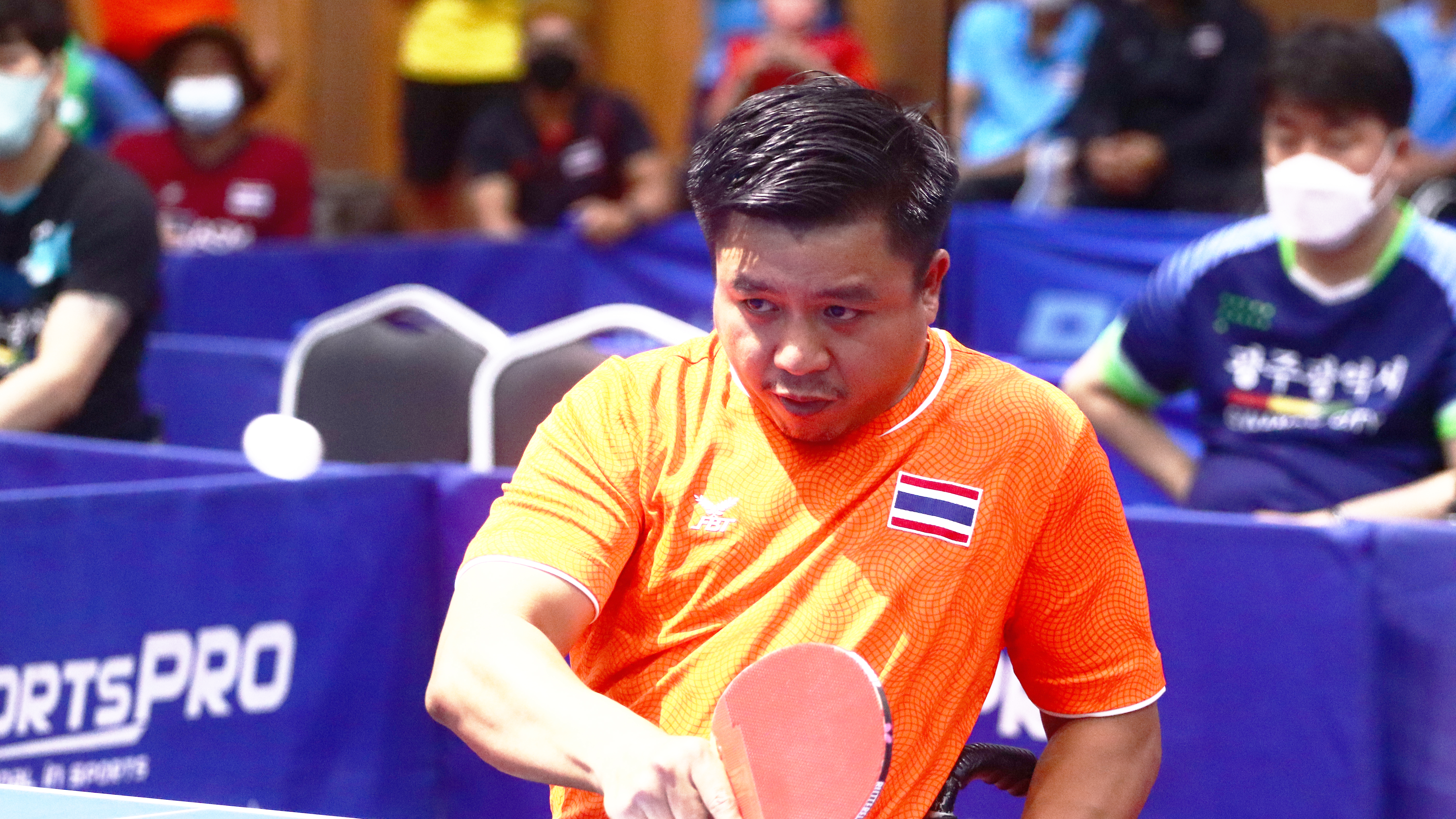 A home win, for both supporters and coaches it is a motivating force, it is even more motivating if the success is unexpected; that was the scenario on Tuesday 19th July at the ITTF Thailand Para Open 2022 in Pattaya.

Moreover, it was not restricted to one special occasion, nor to two, three Thai plays upset the odds to secure gold.

In the men’s singles Thirayu Chueawong and Wanchai Chaiwut stole the show; in the women’s singles it was Wassana Sringam.

Success against the leading name in the penultimate round, for Wanchai Chaiwut it was one round later. Likewise, he found a Korea Republic adversary to his liking; at the final hurdle he beat Kim Younggung (8-11, 11-8, 11-9, 8-11, 11-9).

Three unexpected winners and there was one more, Lin Tzu-Yu emerged the women’s singles class 9-10 winner, overcoming colleague and top seed, Tian Shiau in the final (11-9, 11-5, 11-5).

Four gold medallists against the odds, it was the same number for Thailand; as status anticipated, Dararat Asayut prevailed in women’s singles class 4-5.

Impressive from Dararat Asayut, it was the same in the women’s singles for Korea Republic’s Moon Sungkeum (class 6) and Kelly van Zon of the Netherlands (class 7-8).

Baek Youngbok actually started matters the second seed but the absence of the host nation’s Yuttajak Glinbanchuen, the original top seed, meant the Korean was in real terms at the head of the list.

Meanwhile, in the men’s singles standing events it was success in each instance for the top seeds. Alvaro Valera (class 6) and Ander Cepas (class 9) flew the flag for Spain. Jean-Paul Montanus (class 8) promoted the Netherlands’ cause, as did Su Jin-Sian (class 10) for Chinese Taipei and Kim Gitae (class 11) for the Korea Republic.

More in this category: « Setting the standard as a player, the same for World Table Tennis Day Champions Reflect on Second Day Title Success »
back to top