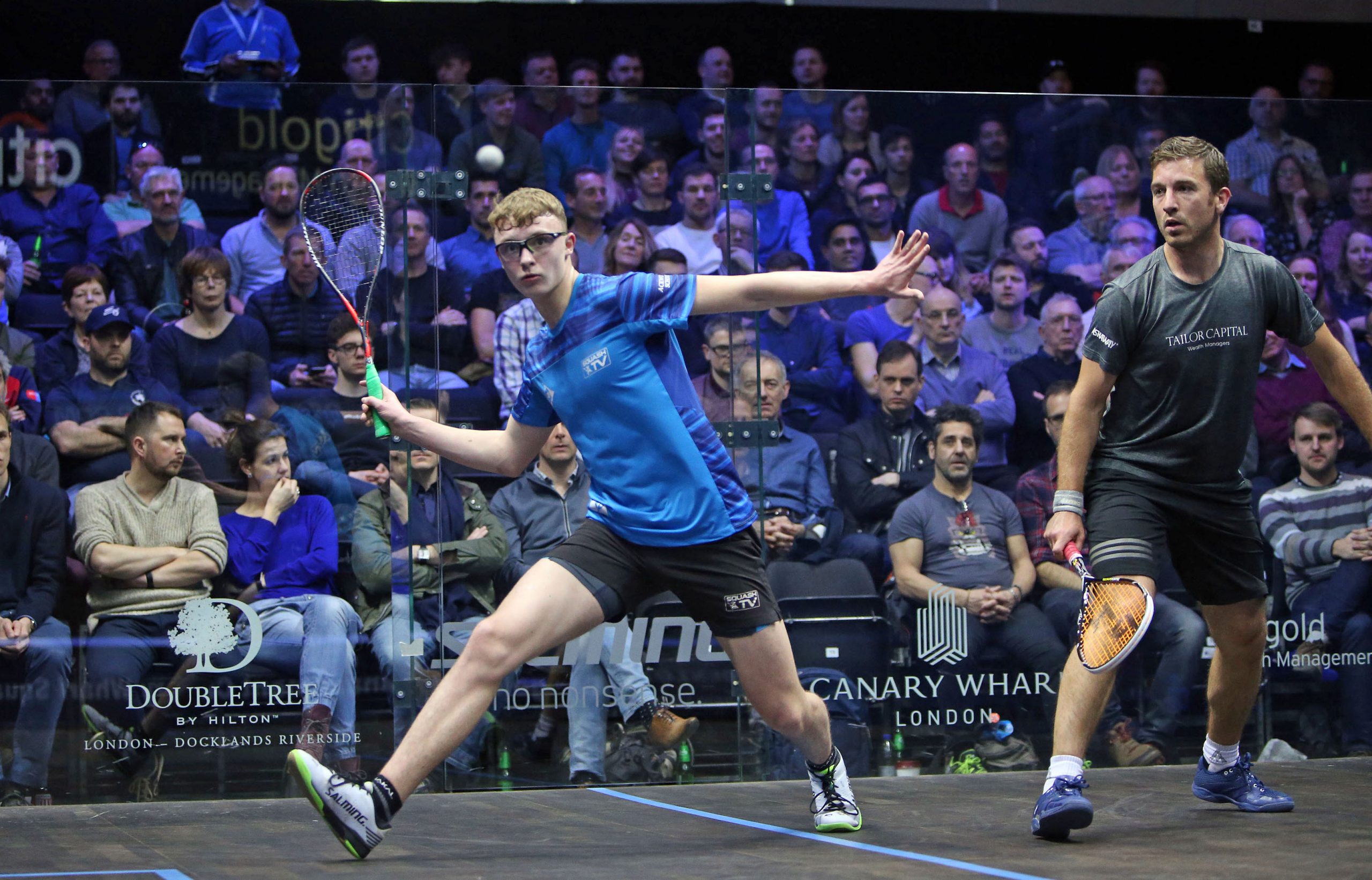 The Under-19 British Junior Open 2022 got under way yesterday at The Park Squash Club in Nottingham as 48 men and 24 women started their campaigns in the most prestigious junior squash event on the calendar.

In the first round of matches, six England men competed for a place in the last 32. Ben Gibson was joined by two sets of brothers, Oliver and Thomas Ramsey, and Heston and Bailey Malik. All players won their matches 3-0 apart from Ramsey, who beat Canada’s Griffin Maclean Manley in four games.

The men’s round of 32 took place later in the day with the top seeds starting their campaigns. No.1 seed and World No.79 Sam Todd booked his place in the last 16 after beating compatriot Alex Broadbridge 11-1, 12-10, 11-7. Todd will be looking to add a fourth British Junior Open title after winning at under 13, 15 and 17 levels.

Both 3/4 seeds, Jonah Bryant and Sam Osbourne-Wylde confidently progressed into round three as they beat Heston Malik and USA’s Thomas Soltanian both 3-0. Bryant, who claimed a British Junior Open at under 13 level, will now face USA’s Rishi Srivastava in the last 16 whilst Osbourne-Wylde will play New Zealand’s Mason Smales for a quarter final place after the Kiwi beat Kent’s Harvey Macintyre 3-1.

Adam ElShazly, who is currently studying at Manchester University, was the only English player to score a seeding upset after coming back to beat India’s Kanhav Nanavati in a brutal five game encounter, winning 17-15 in the fifth. ElShazly’s round three opponent will be No.2 seed Rowan Damming from The Netherlands.

Khalil will now face Avi Agarwal from the USA who overcame Bailey Malik in four games. Smith will play Dutch No.2 Sebastian Hofman in the last 16 after Hofman beat Oliver Ramsey to progress.

This year’s women’s event is a 24 draw with six matches taking place on day one. It was an unsuccessful day for the three English players that competed as Emily Jones, and Layla Johnson lost in straight games and Annabelle Satow lost out to Germany’s Yasmin Cherian in a close five games.

More English women’s action will take place today in the last 16 as four players take to The Park courts, including England’s 3/4 seeds Torrie Malik and Asia Harris who play at 12:45 and 12:00 whilst the men’s round three action will start at 15:00.