Commonwealth Games, Birmingham 2022: History of squash in the competition by numbers 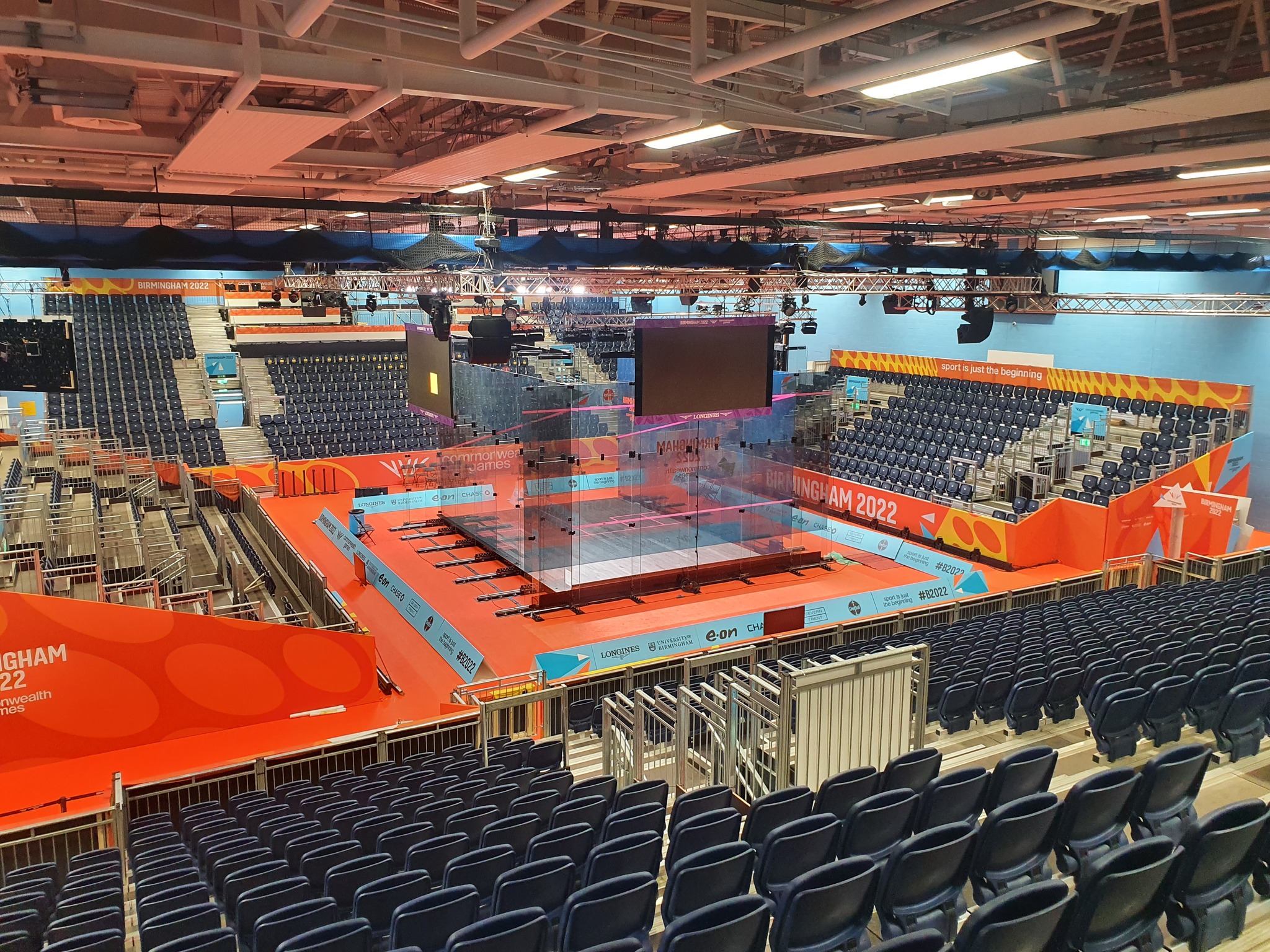 The 2022 Commonwealth Games begins in Birmingham tomorrow. The five squash competitions (men’s and women’s singles plus men’s, women’s and mixed doubles) will take place at the University of Birmingham Squash Centre from July 29 to August 8. Squash Mad looks at Birmingham 2022 by numbers.

Here are some brief facts and figures about squash and the Commonwealth Games.

1998: The year squash made its debut at the Commonwealth Games.

1,750: The seating capacity at the University of Birmingham main arena.

38: Medals England has won in squash at the Games (including nine golds), the most by any nation.

9.75: Length in metres of a standard squash court.

9: Nations that have won medals in squash.

5: Squash events that will be contested at Birmingham 2022: men’s and women’s singles and doubles and mixed doubles. This is the same programme that has been held for squash at every Games since 1998.

4: Gold medals won by Peter Nicol from 1998 to 2006, the most by any squash player. Nicol competed for Scotland, beating Jonathon Power in the final in Kuala Lumpur in 1998, and for England in 2002 and 2006. He lost to Power in the 2002 men’s singles final in Manchester but won the doubles that year with Lee Beachill. They teamed up again for gold in Melbourne in 2006, when Nicol also beat David Palmer to win the men’s singles.

3: Gold medals won by Natalie Grinham (Australia), Rachael’s sister, at the 2006 Games in Melbourne, the only athlete to win all the squash events open to women. No man has achieved this; the most men’s titles won at a single Games is two, by Peter Nicol (England) also in 2006, Nick Matthew (England) in Delhi in 2010 and David Palmer (Australia) in Glasgow in 2014.

All the Commonwealth Games logos are pictured below.