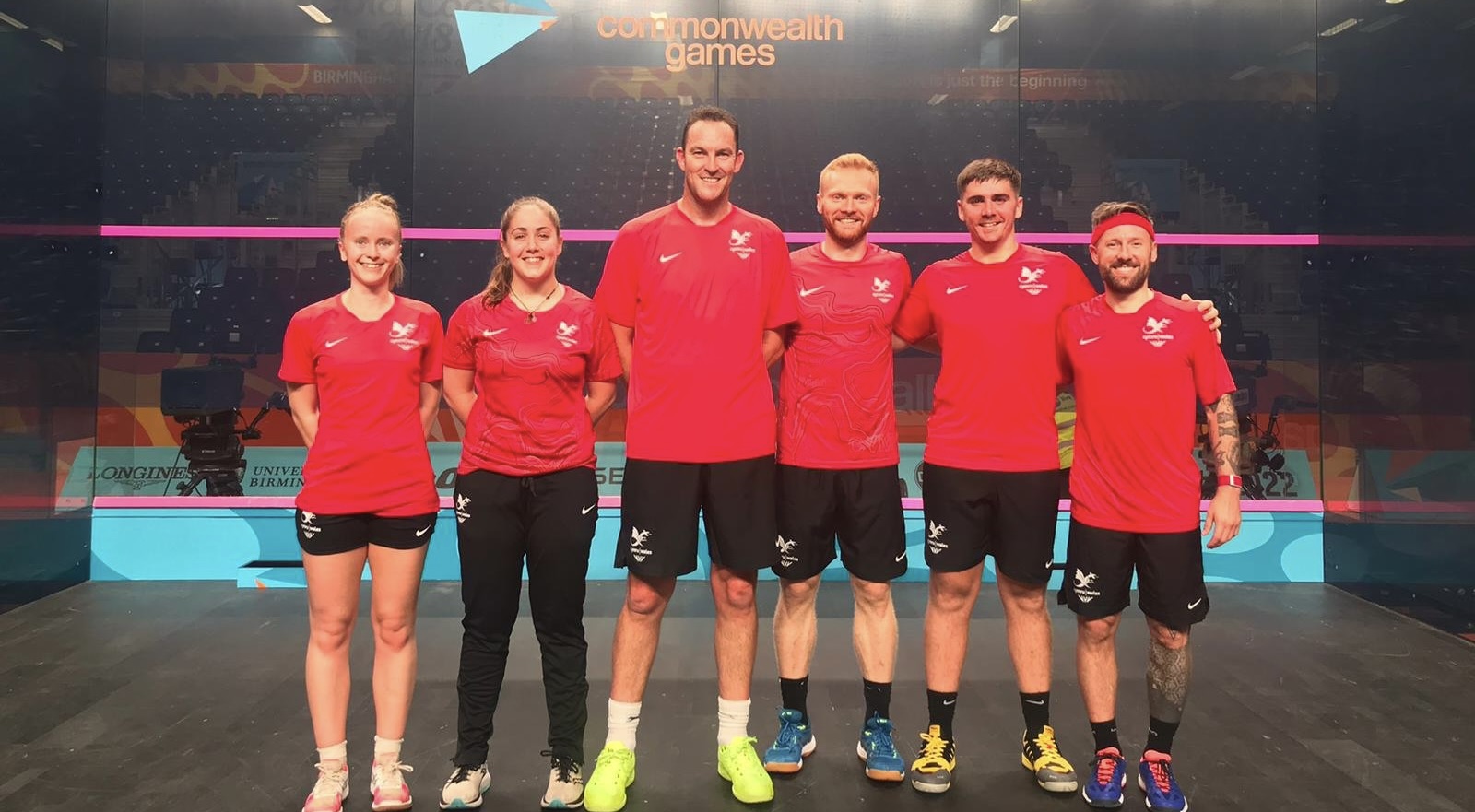 Tesni Evans is the latest squash star to be selected as a flag-bearer as she joins cyclist Geraint Thomas to share the duties for Wales in tonight’s Commonwealth Games Opening Ceremony.

World No.18 Evans was a bronze medallist in the women’s singles in Australia in 2018.

That made her the first female squash player to win a Commonwealth medal for Wales.

She lost to England’s Sarah-Jane Perry in the semi-finals in Gold Coast and Perry went on to finish runner-up to New Zealand’s Joelle King.

King is a joint flag-bearer for the Kiwis, with Rachael Grinham also in action for Australia and Kijan Sultana doing the honours for Malta.

Star cyclist Geraint Thomas, 36, won the 2014 Commonwealth Games road race in Glasgow and competes in the road race and time trial after finishing third in the Tour de France.

Evans will be joined in the squash squad by brother Emyr, making them one of four sets of siblings representing Wales in Birmingham.

“I can’t believe I’m the flag bearer for Team Wales at the Commonwealth Games,” said Evans.

“I feel very honoured and privileged, and to walk alongside Geraint and lead the whole team will be something I’ll cherish.”

This is the first time two flag bearers will represent each nation.

“Carrying the flag in front of the team is an honour given to acknowledge both performance and attitude and both these athletes have our respect and thanks.

“The opening ceremony is always an exciting event, truly cementing the start of the Games.”

Kijan Sultana: on duty for Malta