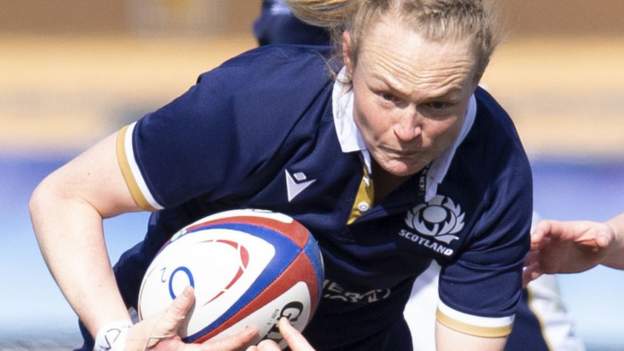 In an interview with the Sunday Times, her parents, Neil and Morven, said rugby-related brain injuries caused deterioration in their daughter's mental health and led to her death.

They said they noticed a significant and alarming change in their daughter's personality following brain injuries suffered while representing Scotland.

"It had got to the point where she could no longer live with the pain in her head and Siobhan succumbed to an irrational thought and impulsive action," Neil told the Sunday Times.

"As time went by, I likened it to dementia, because I couldn't think of anything that would change a personality so massively, something that completely alters you as a person," Morven added.

"Siobhan was crumbling before our eyes and something catastrophic had happened in her brain."

Scottish Rugby say that while they "fully acknowledge the seriousness of what the family have shared", they "do not recognise or accept" some of the claims made.

Cattigan made her Scotland debut in the 2018 Six Nations, having established herself as a back-row with Stirling County. Her final Test appearance came in a World Cup qualifier against Spain in September.

In a statement, the Cattigans' lawyer - Robert Holland of Balfour+Manson LLP - said: "The central issue is whether this tragedy was avoidable if the head injury protocols brought in to protect players had been followed.

"Claims have been served on both World Rugby and the Scottish Rugby Union, and we await a response.

"It is hoped matters can be resolved so Siobhan's family can finally get some closure and lessons can be learnt by rugby union's governing bodies."

Scottish Rugby said that the report "made for challenging reading" and a written offer of support made in December "remains open".

They added: "We recognise this has been a very upsetting time... and if any of Scottish Rugby's actions following Siobhan's passing have made that more difficult, then we do, of course, apologise sincerely.

"The published interview covers a significant number of topics which we are now considering carefully.

"We will be working through it with colleagues and advisors to learn, from their perspective, more about the issues mentioned."