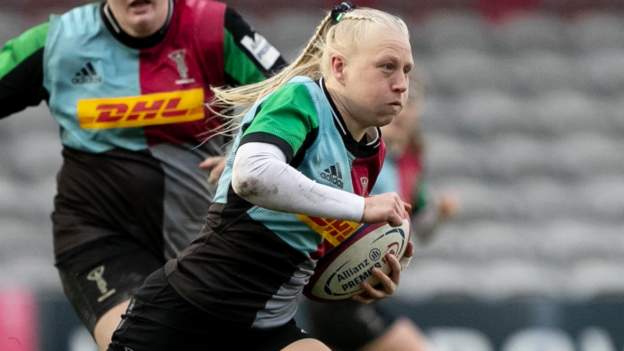 England winger Heather Cowell has re-signed with Harlequins for the 2022-23 Premier 15s season.

The 26-year-old was Quins' top scorer last season with 12 tries as they made the end-of-season play-offs.

She made her England 15-aside debut in October against Canada and was part of the England sevens team that has just come fifth at the Commonwealth Games.

Cowell first moved to the London club in 2018 having spent time with Worcester Warriors.

"The 2021-22 season had plenty of personal highlights, but I'm excited for what the future holds," she told the club website.

"I can't wait for the next twelve months. Putting on the Quins shirt once again is something I'm looking forward to."