How they train: Matt Stonier 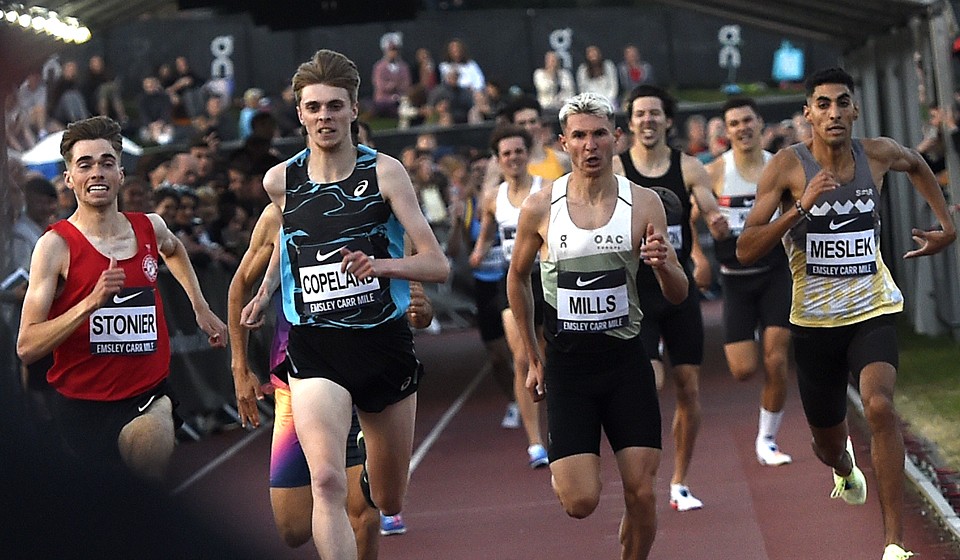 As Matt Stonier raced through St Pancras station to catch his train from London back to Loughborough, his exhausted legs were the only evidence of what he’d achieved the previous evening. Lugging his kitbag and sweating in the early summer heat, the 20-year-old was experiencing the harsh reality of the morning after the night before.

The night in question, Highgate Harriers’ Night of the 10,000m PBs, was a first for the British Universities (BUCS) 1500m champion. Stonier had never raced competitively over a track mile, neither had he experienced the joyous atmosphere of the Parliament Hill event. On May 14 he indulged in both, first executing a mature and perfectly timed race to win the Emsley Carr Mile in 3:54.89 – and in doing so, adding his name to the illustrious list of winners documented within the event’s legendary red leather-bound book – and then celebrating on the sidelines while the British Championship 10,000m races brought the event to its crescendo.

“No one expected that, not even me,” says Stonier of his famous win. “I was still kind of under the radar … no one really knew who I was. I didn’t really know what to make of that, because I’ve been to two European Cross Country Championships.”

In summer 2021, following a 1500m PB of 3:39.17 (his best has since been lowered to 3:35.92 in Bydgoszcz), he was due to run the Emsley Carr Mile at the Diamond League in Gateshead, but was struck down by Covid the week before. “My season literally just dropped off a cliff,” he reflects.

Stonier is coming to the end of his second year at Loughborough University where he’s coached by Chris and Sonia McGeorge, a duo who worked alongside the legendary George Gandy for years before taking the reins after his sad passing. Coincidentally, Chris is a former winner of the Emsley Carr Mile himself, taking the title in 1988.

“There’s a great group of guys, we all train together and that’s what really drives everyone,” says Stonier. “My main goal this year was just to run as quickly as I can and see where that takes me, but things have changed. There are three major champs this summer and they’re all outside shots, but so was Emsley Carr and so was Birmingham.”

“I love Deans Lane hill – 5 x 3min hill reps (jog down recovery), that’s up there as one of my favourites. Also 8 x 3min off 60sec. I did that every Saturday before a race (off 90sec recovery) during the cross country season – that was a staple.

“On the track I enjoy the shorter stuff, anything running at 1500m/3km pace is quite nice. I enjoy all the sessions. I love a Thursday tempo but that’s more the social side, I think.”

“The week of a race session – that Tuesday is hands down by far the worst. You go into it thinking it’s going to be quite an easy session because it’s race week, but there’s no such thing as an easy session. It always hurts more than you anticipated.”

Stonier, who was previously coached by Peter Mullervy at Invicta East Kent, runs an average winter mileage of around 60-65 miles per week and doesn’t double run.

“I think the biggest difference is the group,” he says of his move to Loughborough. “I was used to being at the front on my own [back home] and, all of a sudden, you might be at the back of eight or nine guys and that’s quite hard to get used to mentally. You want to be at the front, but you don’t want to end up racing training. It’s hard for some people, but fortunately I’m okay with that.”

Tuesday: session day. “Throughout winter it’s two weeks of grass sessions, one week track (until Christmas), then after Christmas we do some hills, then from February/March it’s track every Tuesday,” he says. “They tend to be more aerobic sessions such as 5 x 5min, 800m reps, 1km reps, 1200m reps. Now there’s a bit more of a 1500m/3km focus with some shorter reps of 300s/400s and longer recoveries.”

Thursday: tempo day – normally 6-7 miles every Thursday through winter. “We like to go out as a big group and we try and explore the tempo routes round Loughborough to find the route with the least traffic lights, the least hills, the least wind, because the tempos inevitably turn into some sort of race,” he laughs.

Saturday: grass session every Saturday. throughout winter unless racing (usually longer reps). “We use a very flat grass field of around 600m. It gets pretty muddy and churned up in winter, so it becomes a bit of a slog fest and all ideas of times and pace go out the window, it’s just about working hard,” he says. Varies between track and grass in the summer.

Sunday: long run (13 miles approximately). “That tends to be relatively slow; three sessions per week kind of empties the tank by Sunday,” he says.