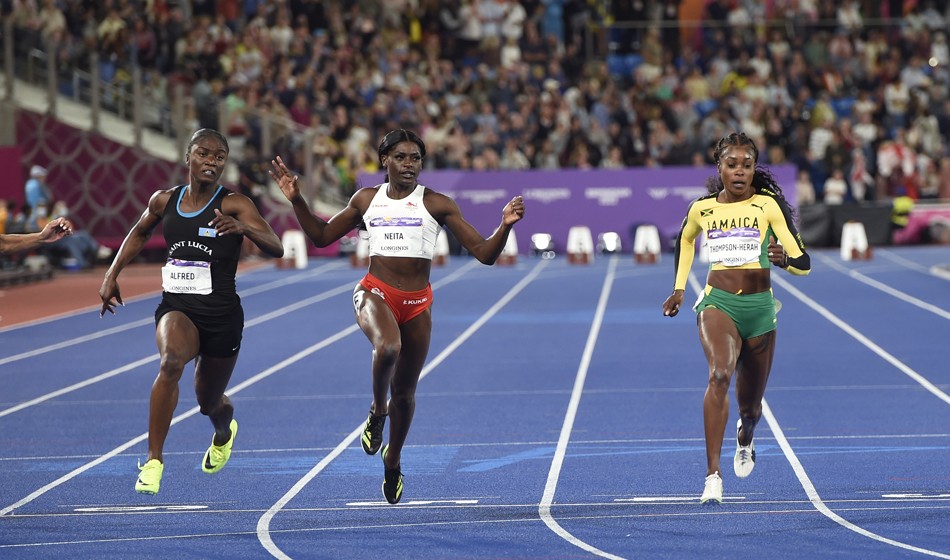 Are medals at the Commonwealth Games important to the world’s leading athletes? The debate has rumbled on for years. When Ato Boldon won the men’s 100m in Kuala Lumpur in 1998, for example, his training partner and world champion Maurice Greene poked fun at his title and called it the Mickey Mouse Games.

Fast forward to 2014 in Glasgow and Usain Bolt did not run the individual races but turned out for a crowd-pleasing appearance in the sprint relay. In 2022, the women’s world 100m champion Shelly-Ann Fraser-Pryce has been spotted in Birmingham preparing for this month’s Diamond League meetings but has not raced for Jamaica at the Games.

For multiple Olympic champion Elaine Thompson-Herah, though, the Commonwealth Games clearly still matters. The Jamaican won 100m and 200m titles at the Tokyo and Rio Olympics but toed the line in the women’s 100m in Birmingham and emerged the convincing winner in 10.95 (0.4).

“I am grateful. I had a better execution,” she said. “I am happy to get my first title. I came fourth in the 200m four years ago and so to move up to a gold, I’m super excited for that.

Runner-up was Julien Alfred of St Lucia in 11.01 as England’s Daryll Neita took bronze in 11.07 after having run a 10.90 PB in her semi-final earlier in the evening.

“My overriding emotion is that it is nice to get another medal on home soil but I really didn’t put the best race together today,” Neita said. “That makes me want to get back to work right now.

“I am in fantastic shape but I need to do better in these finals,” she added.

Omanyala clocked 10.02 (-0.9) to add the Commonwealth crown to the African title he claimed in June. The winning time was not spectacular and doubts remain over how ‘fast’ the new track is at the Alexander Stadium, but temperatures were a cool 19C and Omanyala was running into a slight headwind.

Runner-up Simbine clocked 10.13 as Sri Lanka’s Yupun Abeykoon claimed his country’s first athletics medal at the Games since 1998 by taking bronze in 10.14.

Leading sprinter from the home nations was British champion Jeremiah Azu of Wales, who finished fifth in 10.19, while English hope Nethaneel Mitchell-Blake pulled up injured mid-race.

For Omanyala it makes up for the disappointment of Eugene, where he got knocked out of his semi-final at the World Championships after arriving at the event only a couple of hours before his first round heat due to visa problems.

“I came here with the sole aim of winning the gold and in the final it was a case of controlling the race from the start,” he said.

“Once I got a good start I knew I would win the gold. When I crossed the line I felt like jumping for joy.”