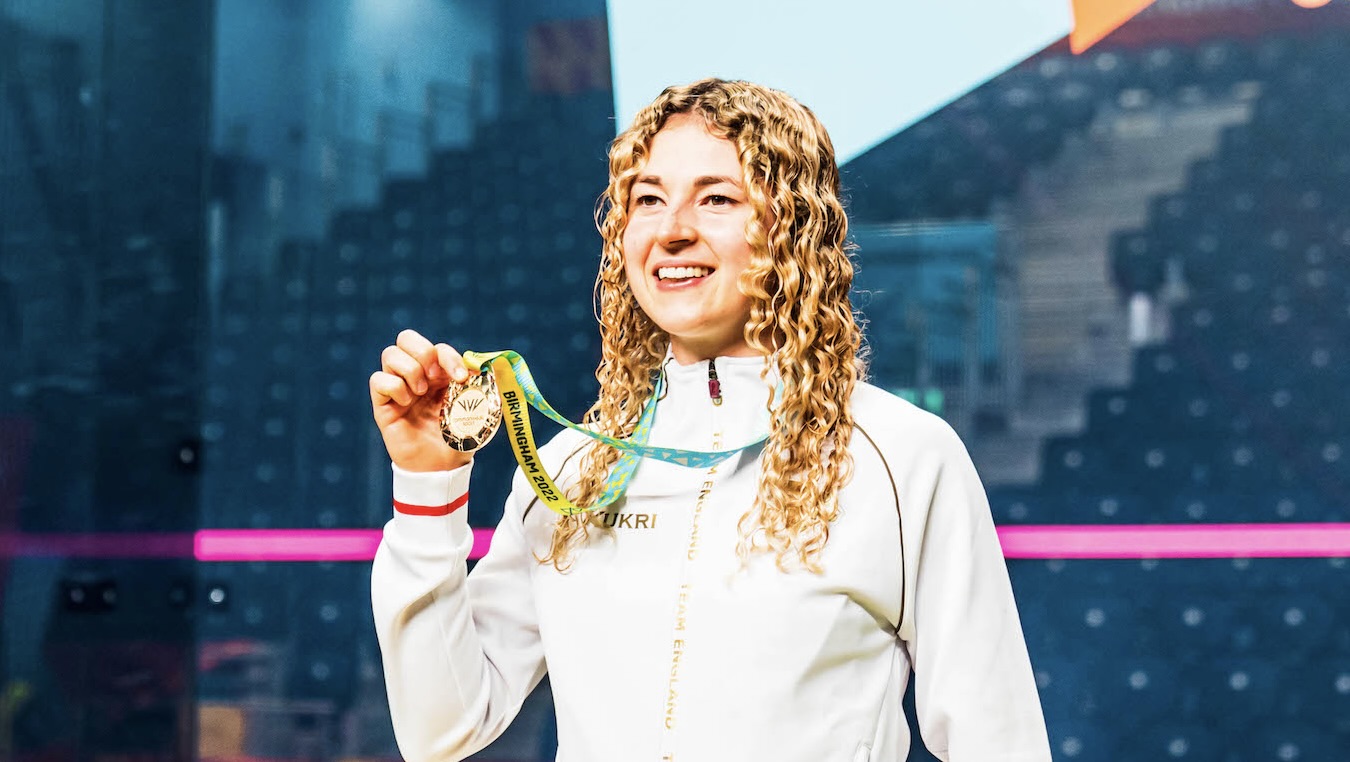 Gina Kennedy’s price for winning a monumental Commonwealth singles’ gold, the first by an Englishwoman, is to play three matches in the doubles competitions today.

The demands for her attention off court in the following weeks and months will hopefully follow suit. For this victory over Canada’s Hollie Naughton needs to be recognised and packaged to provide a major spur for the English game.

Gina is loved throughout Kent and south east London, and, after this amazing triumph, she will be a poster girl for England Squash (along with Lucy Turmel, who came so close to an astonishing victory over top seed Joelle King in the quarter-finals).

Kennedy has already been awarded a lifetime membership of the Park Langley club in Beckenham, alongside US Open tennis champion Emma Raducanu.

And Kennedy now has a major global triumph of her own to sit alongside that of the tennis superstar.

Gina, a keen football fan herself, is now our very own Lioness of Squash.

Although a member at Park Langley, the foundations of her victory were honed a few miles across London at the Bexley Tennis and Squash Club, where she trains with coach Ben Ford.

Bexley and England Squash officials would be wise to lock heads and start spreading the sport’s own ‘Kennedy effect’ (yes, the Raducanu comparison, she said, could be uttered now that she had won a major title).

Not that the Bexley club needs the attention. It supposedly has the biggest squash membership (400 and rising) in the country, which is good going for a five-court club. An extra court is the club’s dream. After Kennedy’s breakthrough win here in Birmingham, they may yet get their wish.

Kennedy, 25, had played so ruthlessly that she spent less than an hour on court in her three matches prior to last night’s final.

Only time will tell whether there will be queues equally as long to meet England’s latest star, should Bexley be inundated with requests to play the game.

“Ben Ford is the reason I am here today,” Kennedy said after beating Naughton 3-1 over 56 minutes of nailbiting drama. “The amount he has sacrificed for me I can’t explain. He is family to me. I genuinely owe everything to him.

“I’m hoping parents will encourage their kids to take squash up now. It’s so physical, a no brainer. Bexley and Ben Ford? I would recommend it.”

Ford was in the crowd for the first time for the final, ringing her charge of 15 years an hour before showtime on the glass court set up in the sports hall.

His student, who will also now ask for an extension for her dissertation in health psychology at Nottingham University, performed brilliantly to take a two-game lead with methodical, workmanlike skill, before a third-game “walkabout” and then a commanding fourth to realise her dream.

“I’m used to playing fighters this week. You can’t let up at all,” she said. “I went on a walkabout in the third. It’s about who can play those big points slightly better and I managed it.”

She had also wanted to show another side to her armoury in the last two matches. “My B game is that I can retrieve and stay in the rally, but this tournament I’ve wanted to show people I can play squash. I want to be the proactive one.”

That she did when she fizzed a beauty of cross-court forehand to land the second game. She went “a bit iffy” in that third, but with Nick Matthew in her corner, there was no let-up.

“Ben hasn’t been in that situation so there are some things he can’t help me with,” she said. “But there are so many English legends here that you can relate to them on a different level.

“The England team is renowned for its strength and to be the first Englshwoman to win amongst the calibre of player we have .. I could end my career today.”

Thankfully that won’t happen. But Kennedy will now have to get used to the wider responsibilities that accompany significant success.

England Squash could not have a finer, more likeable role model to help encourage more girls to take up the game.

Thanks to the efforts of Kennedy and Naughton in the semi-finals, top seeds King and Sarah-Jane Perry met in the bronze medal play-off. And that added to England’s medal haul with Perry triumphing 14-12 in the fifth.

A new era beckons for women’s squash. And Kennedy is the flag-bearer.

More in this category: « - Commonwealth Games: Second gold for Paul Coll as he and Joelle King win mixed doubles final »
back to top