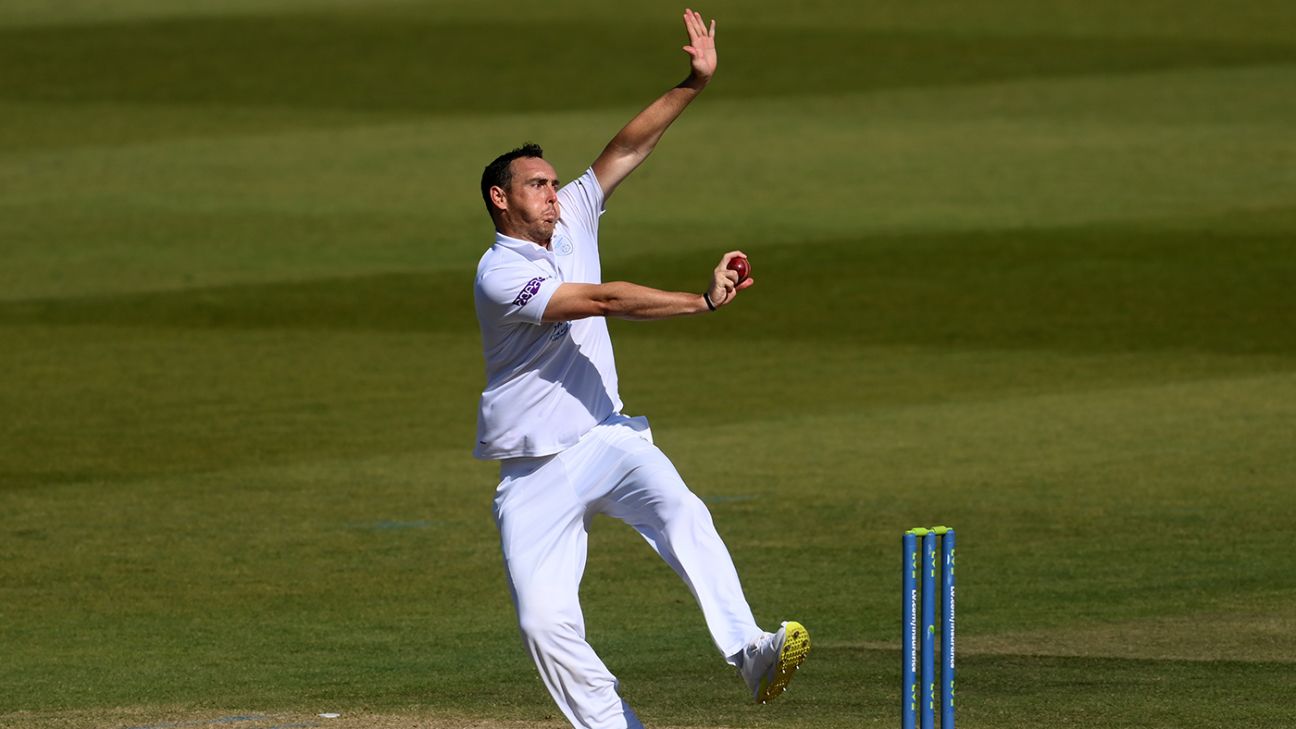 Kyle Abbott will spent at least two more seasons at Hampshire after signing a two-year extension to his contract with the county.

Abbott re-joined Hampshire on a Kolpak deal ahead of the 2017 season - he had previously played for them in 2014 - and has been one of their overseas players since eligibility rules changed following the UK's departure from the European Union.

He has taken 278 first-class wickets for them at an average of 19.52 since re-signing, and is the leading wicket-taker in Division One of the County Championship this season with 49 at 20.28 apiece.

"I'm delighted to stay with Hampshire for another two years," Abbott said. "We've got a great group of players and since joining in 2017, I've made some great friendships and memories; I'm very proud to call the Ageas Bowl my home.

"We've made some great strides as a team and hopefully we can continue our success in the years to come and get our hands on some more silverware."

Giles White, Hampshire's director of cricket, said: "Introducing the right people to the squad is a key element to a successful team and we feel that we've struck gold with Kyle. He's been one of the most influential overseas players in the English game and has a genuine affinity to the club. We are lucky to have him."