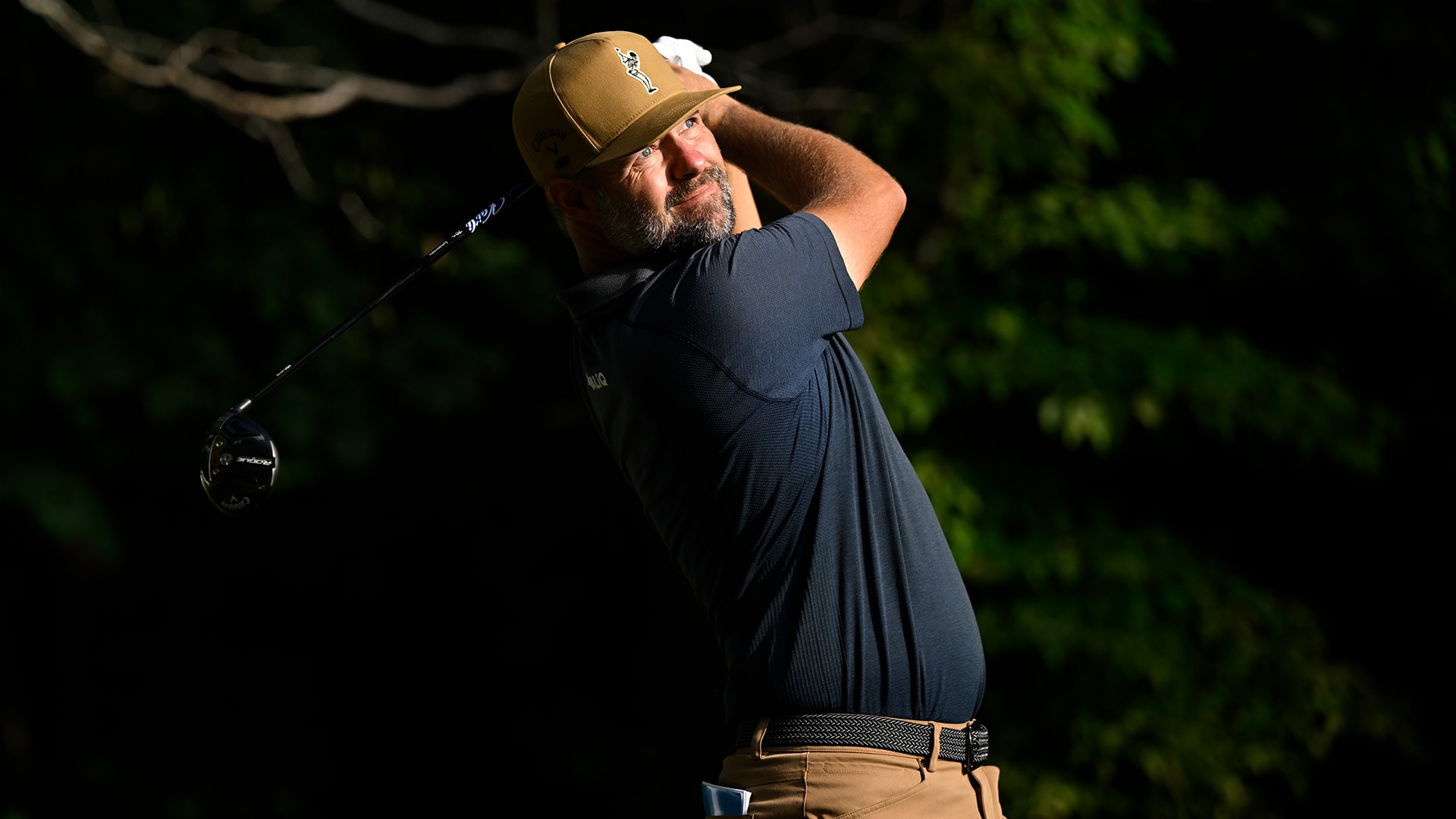 Ryan Moore’s last top-20 finish on the PGA Tour was at the 2021 John Deere Classic, more than a year ago.

It’s no surprise that a slew of missed cuts and early weekend finishes have him sitting at No. 196 on the original FedExCup points list for the season. Take the eight LIV players out who have been suspended and Moore is still a long shot to have a tee time at next week’s FedEx St. Jude.

Moore can get himself inside the top 125 and advance to the playoffs with at least a T-2 finish at the Wyndham Championship. After Round 2, he's T-1 with Joohyung Kim and Brandon Wu.

Here's a cheat sheet that details the players on the bubble for the playoffs and where they have to finish this week.

There’s a lot of golf to play, but the former UNLV star finds himself 9 under is very much in the mix. Despite the hot start, Moore says he’s focused less on what he needs to do to advance to the playoffs and more on building momentum for the future.

“I am just not even in the frame of – yeah, I'm so far out of it, it doesn't even matter at this point,” Moore said. “I'm trying to do whatever I can this week. I'm just trying to gain some confidence going into next season, to be honest.”

A big reason Moore has struggled recently is a back injury that he spoke about after his second round at Sedgefield.

He’s dealing with what he called a “costovertebral joint”, which he described as chronic deterioration where the rib joint meets the spine.

“I basically just keep spraining it over and over and over again, which you can imagine doesn't feel great twisting and swinging a golf club as hard as I can” Moore said. “There is a course of action, there's things I can do to kind of help it, I just haven't. I need a good six, eight weeks off to kind of deal with it and I'll just try to finish out the year and deal with it and then hopefully have some time coming up here to do it.”

The time off is right around the corner, but a dream weekend at the Wyndham could move that corner a little further down the road.