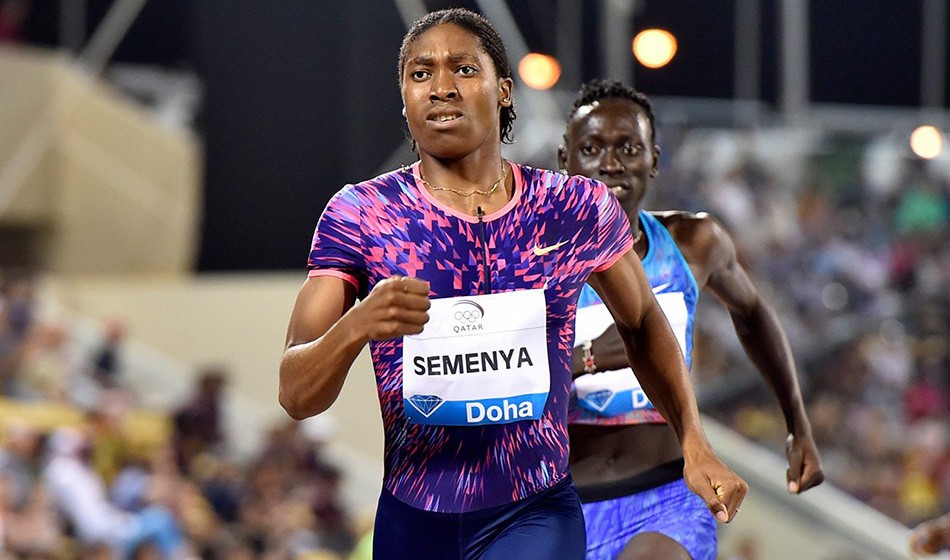 The legal team of Caster Semenya says the Olympic and world 800m champion will be prevented from defending her world title in Doha following a new ruling by a Swiss Federal Supreme Court judge.

According to a statement released on Tuesday, the judge reversed prior rulings that had temporarily suspended the IAAF’s eligibility regulations for Semenya, pending the outcome of the South African’s appeal which was submitted after she lost her landmark case at the Court of Arbitration for Sport (CAS) against the governing body’s new rules on female classification.

“I am very disappointed to be kept from defending my hard-earned title,” read a statement from Semenya, “but this will not deter me from continuing my fight for the human rights of all of the female athletes concerned.”

The ‘IAAF Eligibility Regulations for Female Classification (Athletes with Differences of Sex Development (DSD))’ had originally been due to come into effect on November 1, 2018, but were suspended. Following the CAS ruling, the regulations started on May 8.

Under the new rules Semenya – and other female athletes with DSD – would need to reduce their natural testosterone level in order to take part in women’s events from 400m to the mile in international competition.

Semenya last raced at the Prefontaine Classic in June, when she ran 1:55.70 to win the 800m during the suspension of the IAAF’s regulations.

A statement from Semenya’s team read: “Caster Semenya remains steadfast in her defiance of the highly controversial IAAF Regulations that require female athletes with naturally elevated testosterone levels to undergo hormonal drug intervention in order to compete in international competitions.”

Dorothee Schramm, the lawyer leading Semenya’s appeal, added: “The judge’s procedural decision has no impact on the appeal itself. We will continue to pursue Caster’s appeal and fight for her fundamental human rights. A race is always decided at the finish line.”

Earlier on Tuesday, ahead of the release of the statement from her team, Semenya posted a message on social media which read: “First chapter of my life done, looking forward to my second chapter.”

First chapter of my life done, looking forward to my second chapter.

According to the IAAF, the Swiss Federal Tribunal is due to issue its full decision on Wednesday (July 31), with the governing body adding: “The IAAF will comment once the tribunal makes its reasoning public.”