Embiid a U.S. citizen: 'Blessing' to be American 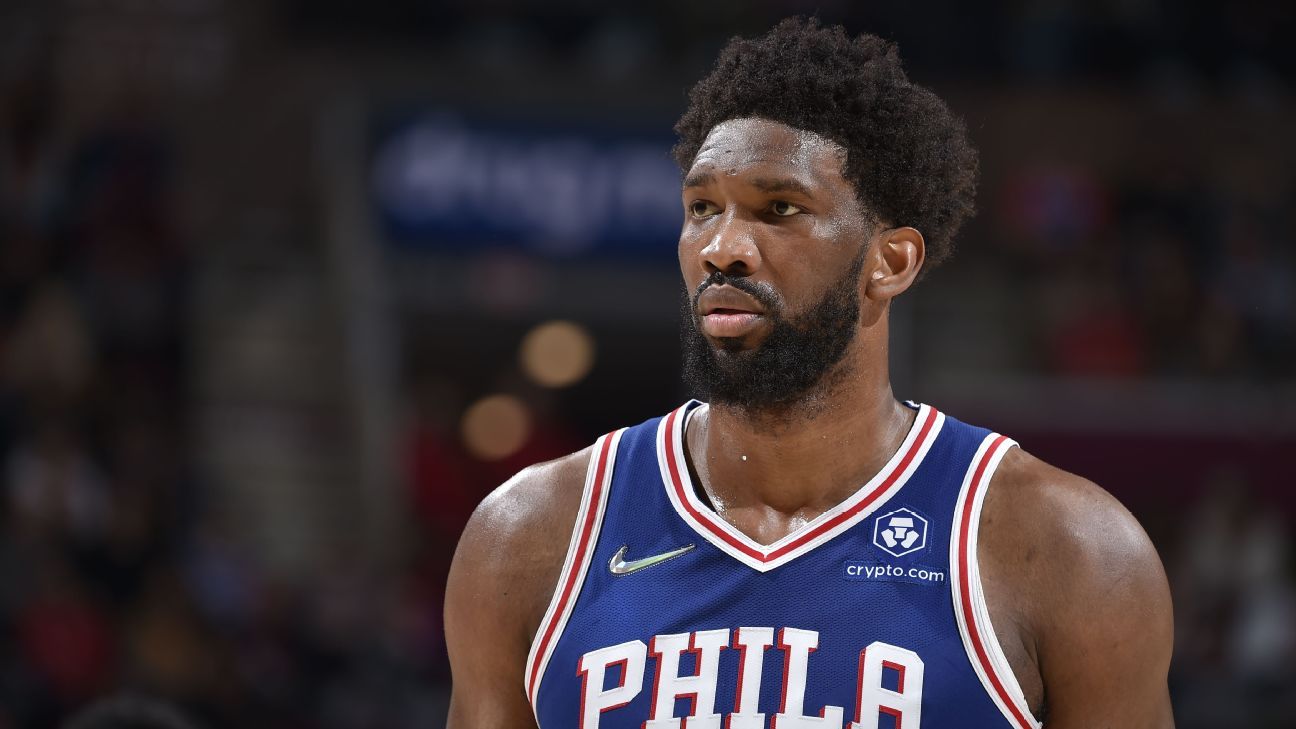 Born in Cameroon, Embiid said he was sworn in as a citizen two weeks ago in Philadelphia. The NBA scoring champion and Philadelphia 76ers All-Star center said his family -- Embiid and his Brazilian girlfriend Anne de Paula have a young son -- played a pivotal role in his decision.

"I've been here for a long time," Embiid told The Associated Press on Thursday at training camp at The Citadel. "My son is American. I felt like, I'm living here and it's a blessing to be an American. So I said, why not?"

Embiid, who played college basketball for one season at Kansas, also has citizenship in France. He said it is way too early to think about which country he could potentially represent in international basketball.

The 28-year-old Embiid averaged a career-best 30.6 points in 68 games last season. The 7-footer also averaged 11.7 rebounds and 4.2 assists in helping Philadelphia reach the Eastern Conference semifinals for the second straight year. Embiid averaged 23.6 points and 10.7 rebounds in the postseason despite playing with hand and facial injuries.

Embiid last season had been announced as playing out of Kansas during pregame introductions at 76ers home games but switched around midseason as being introduced from Cameroon. He might try for a mouthful this season.