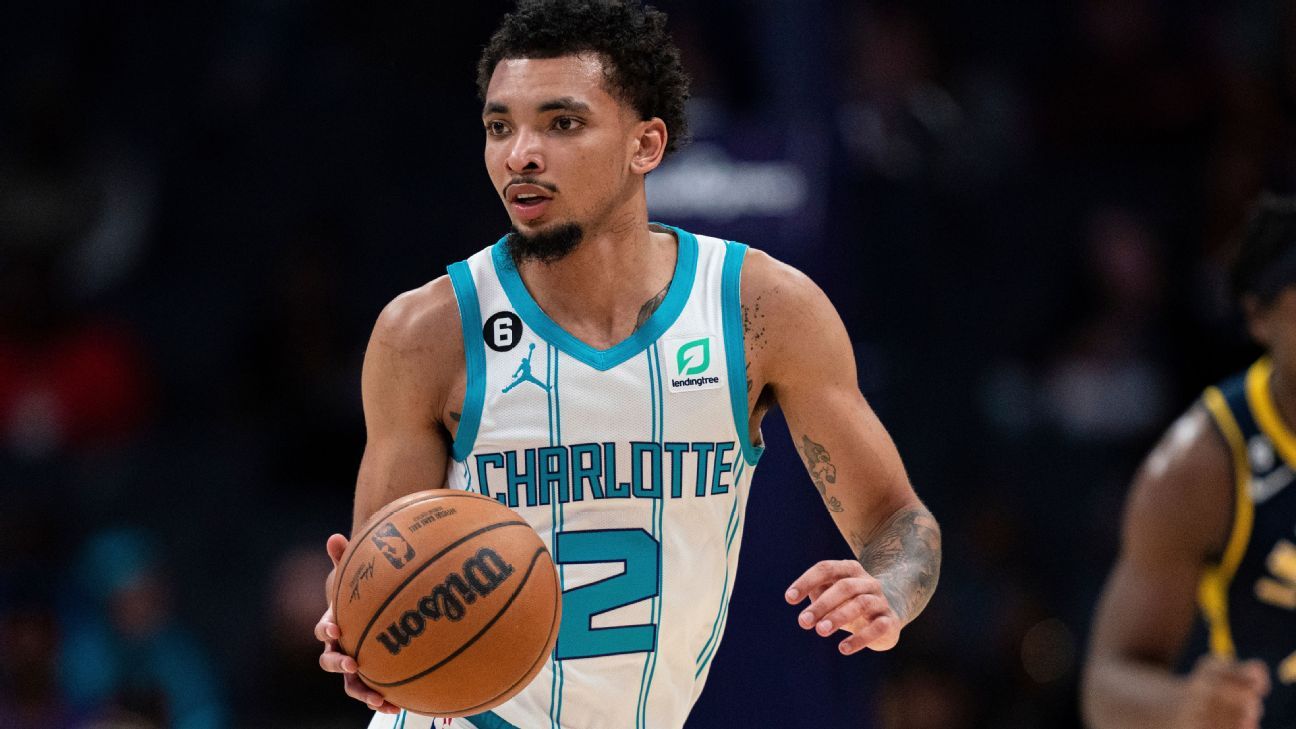 CHARLOTTE, N.C. -- Charlotte Hornets guard James Bouknight was found intoxicated and unconscious and holding a gun with his vehicle in drive before he was arrested Sunday morning on DWI charges, according to Charlotte-Mecklenburg County Police.

Police released the new details on Bouknight's arrest on Wednesday.

Police said they responded to reports that a person was passed out in his vehicle in a Charlotte parking lot Sunday morning, blocking traffic.

According to the police report, officers saw Bouknight, 22, unconscious inside the vehicle with the vehicle running and in drive. He had the handgun in his hands. Officers set up a perimeter and attempted to awaken Bouknight for approximately an hour using a public address system, blasting airhorns and using lights.

Police said that once Bouknight was awake, he refused to comply with commands and appeared confused for several minutes. They said he ate food inside his vehicle and then crashed into two police cars -- one in front of him and another behind him.

Bouknight eventually exited the vehicle and was detained.

Bouknight stated at the scene that he had had approximately four tequila shots prior to driving home, the police report said.

Officer Craig Warren said in the report that Bouknight had glassy eyes and a strong odor of alcohol coming from his breath. Bouknight was placed under arrest on DWI charges since he was in a public area and behind the wheel of a running vehicle, in drive, in the trafficway while intoxicated.

The team said Monday that it was looking into the situation and had no further comment.

Bouknight, who was a first-round draft pick by the Hornets in 2021, told reporters after Tuesday's practice that "I just wanted to apologize for being a distraction before the start of the season for my teammates and what we've got going on.''

He called the arrest "disappointing,'' adding, "I'm trying to learn from it, be able to stay strong, move on and continue to grow.''

He also said Hornets coach Steve Clifford has been supportive since being hired as head coach.

"Cliff has been there for me every step of the way since he got here," Bouknight said. "Having a coach that really believes in you and is invested in helping you and making you better means everything to me.''

Charlotte opens the regular season on Wednesday night at San Antonio and Bouknight is active for the game.

Bouknight also had an alcohol-related incident while he was a freshman at the University of Connecticut in 2019.

Police said Bouknight smelled of alcohol and fled from an officer after driving another student's car into a road sign near campus.

Bouknight was charged with evading responsibility, interfering with police, driving without a license and driving too fast for conditions, and he received probation, leaving him without a criminal record.