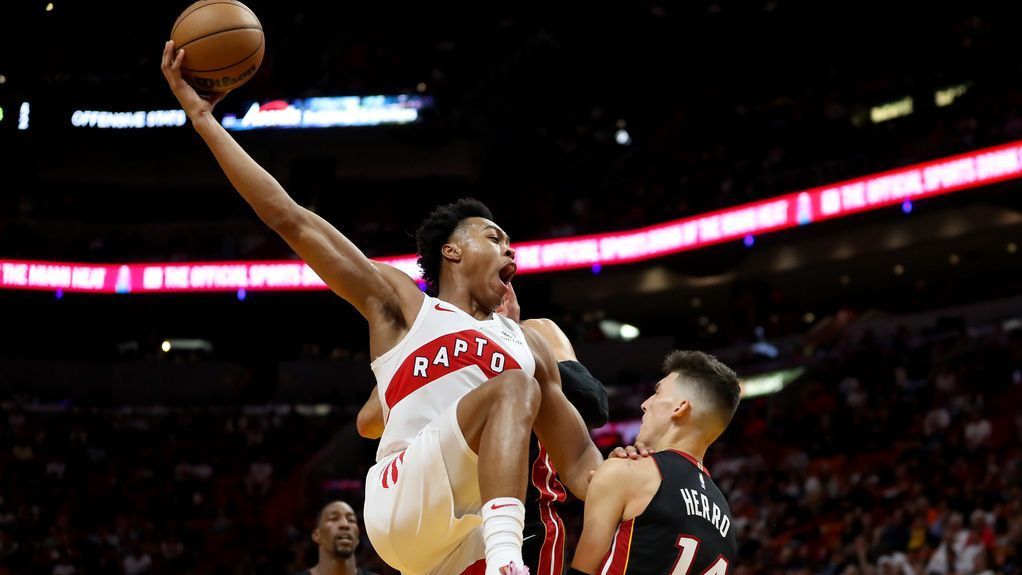 MIAMI -- Toronto Raptors forward Scottie Barnes, the NBA's reigning Rookie of the Year, was ruled out of Saturday night's 112-109 loss to the Heat after suffering a sprained right ankle midway through the second quarter.

Barnes had X-rays on his ankle, the Raptors said, which came back negative.

He suffered the injury with 5 minutes, 15 seconds to go in the second quarter, when he made a layup by nearly jumping over Heat guard Tyler Herro before landing awkwardly with all of his weight on his right foot. He immediately grabbed in pain at the foot before eventually getting up and, with minimal assistance, returning to Toronto's bench.

After an injury timeout, Barnes returned to the court to take his free throw, which he missed. Then, after teammate Thaddeus Young committed a foul to allow Barnes to leave the game, he immediately walked off the court and back to Toronto's locker room under his own power.

He was eventually ruled out for the remainder of the game at halftime, when Toronto was already down by 21 points after Miami closed the first half on a 22-6 run to take a 71-50 lead into the break.

Barnes, 21, had 11 points on 5-for-9 shooting to go with two rebounds and two assists in 13 minutes before exiting with his injury.