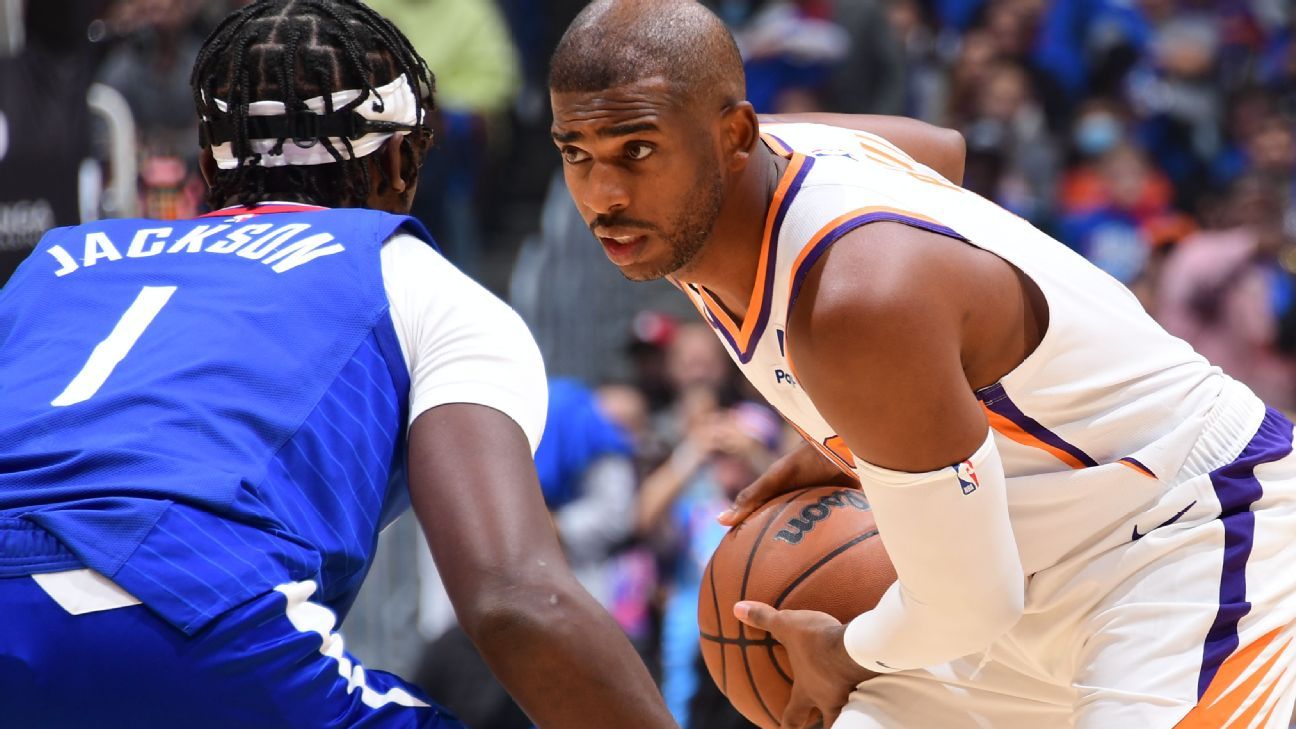 Paul, 37, assisted on the Suns' first basket of the game Sunday night, a 3-pointer by Devin Booker. Paul followed with an alley-oop pass to Deandre Ayton, who dunked.

Paul joined John Stockton and Jason Kidd as the only players in NBA history with that many assists. Paul also became the first player in the league with 20,000 points and 11,000 assists.

Fittingly, Paul reached the mark against the Clippers, with whom he played for six seasons and is the franchise's career assists leader.

He had a combined 21 assists in the Suns' first two games of the season.