Hoping to catch fire for playoffs, Merritt (62) lights it up early at Liberty National 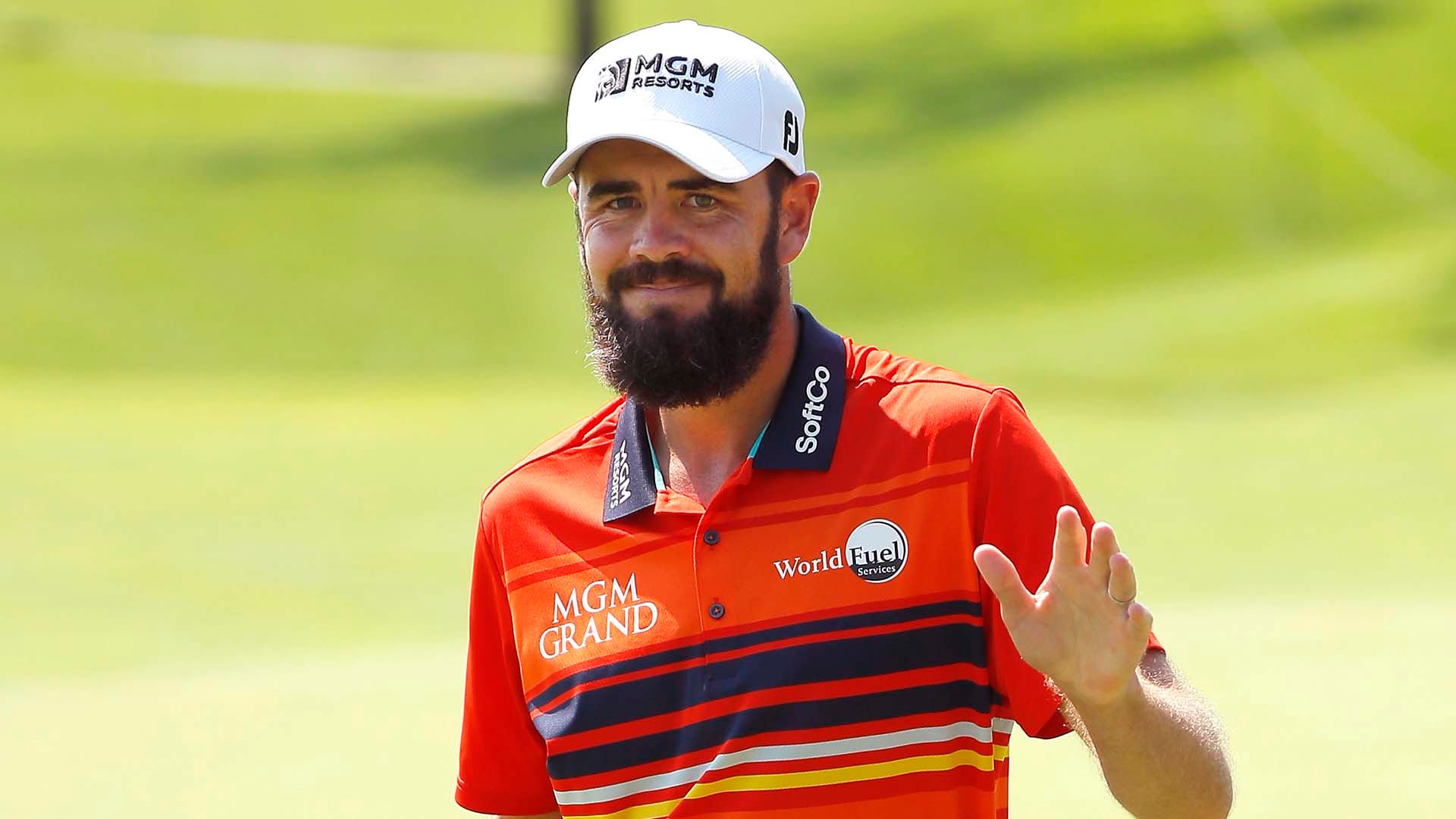 JERSEY CITY, N.J. – Toward the end of every PGA Tour season there’s almost always a player who gets hot at the perfect moment and rides that momentum deep into the playoffs. In 2014, it was Billy Horschel, who ended up winning the FedExCup. Two years later, it was Ryan Moore, who grabbed the final Ryder Cup pick for Hazeltine, the same year that Rory McIlroy started the playoffs outside the top 30 before winning twice, including the Tour Championship. And last year it was Bryson DeChambeau winning each of the first two postseason events en route to a third-place FedExCup finish.

This year, that player could be Troy Merritt.

Merritt wouldn't have been a prime candidate for such designation just three weeks ago after tumbling to 112th on the season-long points list, but that began to change two weeks ago when he finished runner-up at the Barracuda Championship. He began this week’s Northern Trust perched on the postseason bubble at 72nd (the top 70 after this week’s event advance to the second playoff stop, the BMW Championship).

And he took a giant step in the right direction with a flawless 62 on Thursday at Liberty National to grab the early lead at 9 under thanks to four consecutive birdies at Nos. 11-14 and three more at Nos. 4-6.

Although Merritt knows how important a good week in New Jersey could be for him, he’s also learned it's best not to focus on the result in these situations.

“I didn't think about it a whole lot. I know good golf will take care of itself. You just try to play the best you can,” he said. “Obviously, I’ll be watching throughout the weekend, but just getting off to a good start, put that to the back of the mind and try to win a golf tournament and do that, I'll get inside the top 70.”

More in this category: « Ridderstrom tries to fight her way out of LPGA priority doldrums Early playoff exit doesn't concern Wolff: 'Pretty good year for me' »