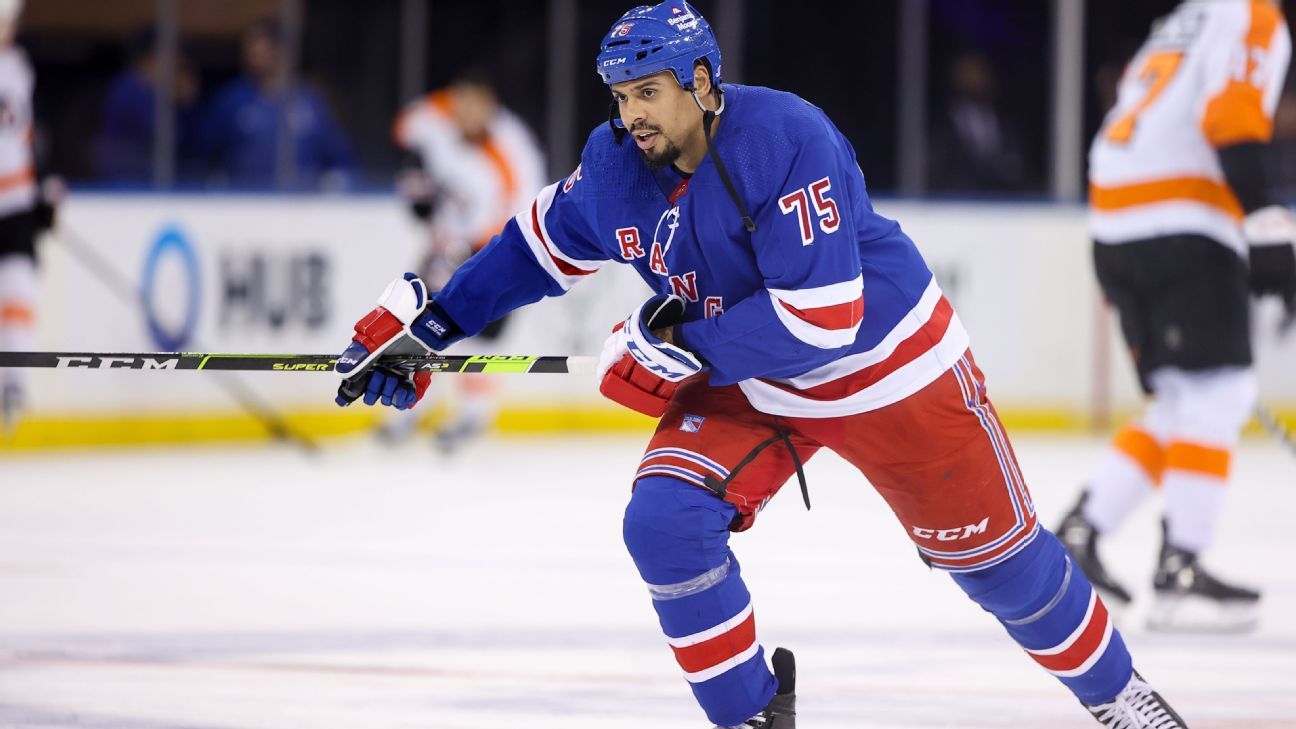 Reaves had been a healthy scratch for eight of the past 12 games for the Rangers. He gives struggling Minnesota some extra muscle and a veteran presence.

"He hadn't been playing on a regular basis, but for us, I just feel that what Ryan brings as a player, the way he plays his role is elite," said Wild general manger Bill Guerin. "Just as important as that is he brings a lot of energy. He's always full of energy. He's a big personality. I think right now, that's something our team really needs."

The 35-year-old is signed through only the rest of this season at a $1.75 million salary cap hit. He has no points and 12 penalty minutes in 12 games of his second season with New York.

Reaves has played in 869 NHL regular-season and playoff games for the St. Louis Blues, Pittsburgh Penguins, Vegas Golden Knights and Rangers. He was with the Golden Knights during their inaugural season in 2017-18 when the reached the Stanley Cup Final.