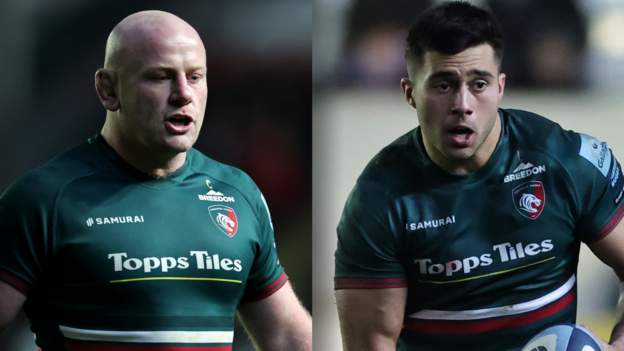 Prop Cole, 35, and 21-year-old centre Kelly have committed to Tigers a week after former Leicester boss Steve Borthwick called them up to the England squad for the Six Nations.

None of the lengths of the new agreements have been disclosed.

Cole, who has made more than 300 senior appearances for the Tigers after coming through the club's academy, is the most decorated of the quintet - as a British and Irish Lion who has earned 95 caps for England - to recommit to the Premiership champions.

He was recalled to the national side last week after last playing for England in the 2019 World Cup final.

"Dan knows what it is to be a Leicester Tigers player and knows what it takes to be one at the top of your game for a long time," Wigglesworth told the club website.

"It is fantastic that he is committed to continuing on at the club and showing form that suggests he is far from done in the game, which is fantastic."

Wigglesworth said Kelly, who earned his solitary England cap to date in 2021, is a player who will "help shape this club in the future".

More in this category: « Quins miss out on play-offs after Lang's late penalty falls short Six Nations 2023: Tournament set to begin amid chaotic backdrop for rugby »
back to top