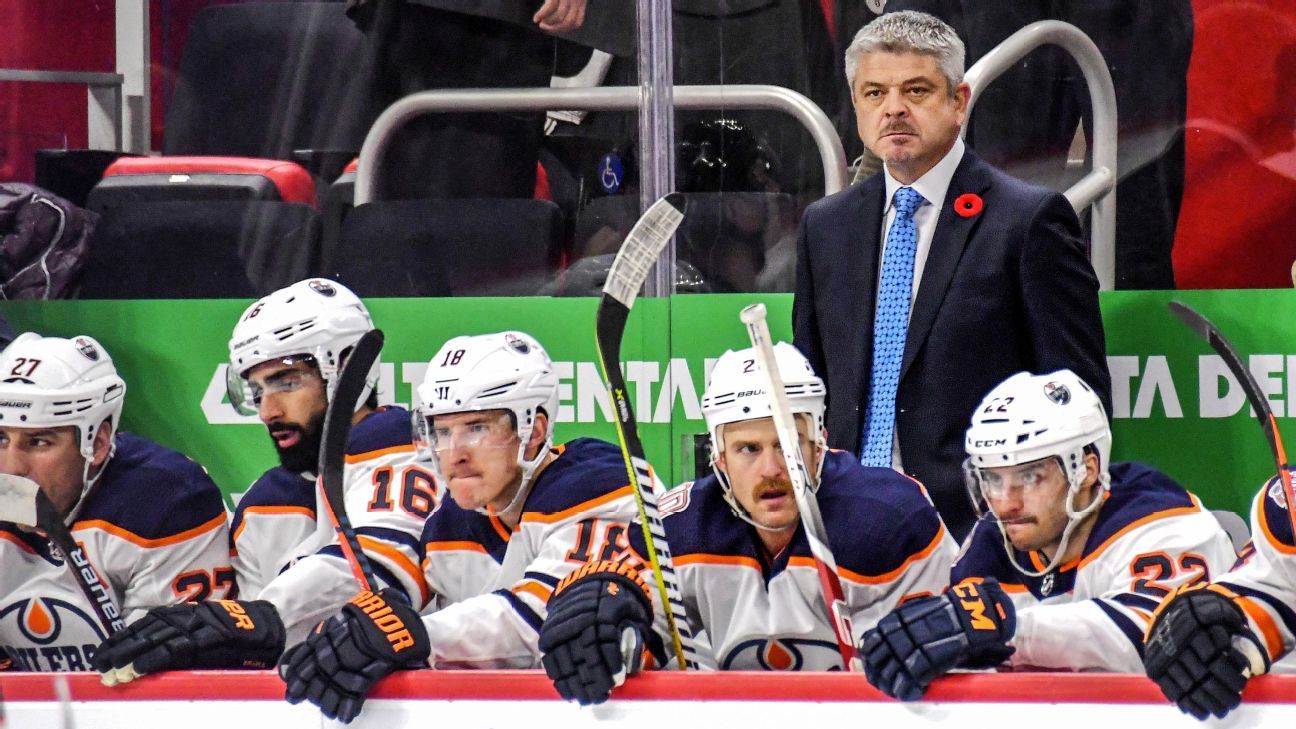 The Los Angeles Kings have agreed to terms with Todd McLellan on a multiyear contract to be the team's new coach, it was announced Tuesday.

He replaces Willie Desjardins, who served as the interim coach last season and was not retained.

McLellan will receive a five-year contract worth around $5 million annually, the Athletic reported.

McLellan was fired as coach of the Edmonton Oilers in November. He had been behind the bench in Edmonton since the 2015-16 season after spending seven seasons as the San Jose Sharks' coach.

He has a career record of 434-282-90 in 806 regular-season games and has reached the playoffs in seven of his 10 full seasons as an NHL head coach.

Desjardins, 62, was named the Kings' interim coach in November after John Stevens was fired following the team's 4-8-1 start. The Kings went 27-34-8 the rest of the season with Desjardins as coach and finished last in the Western Conference.