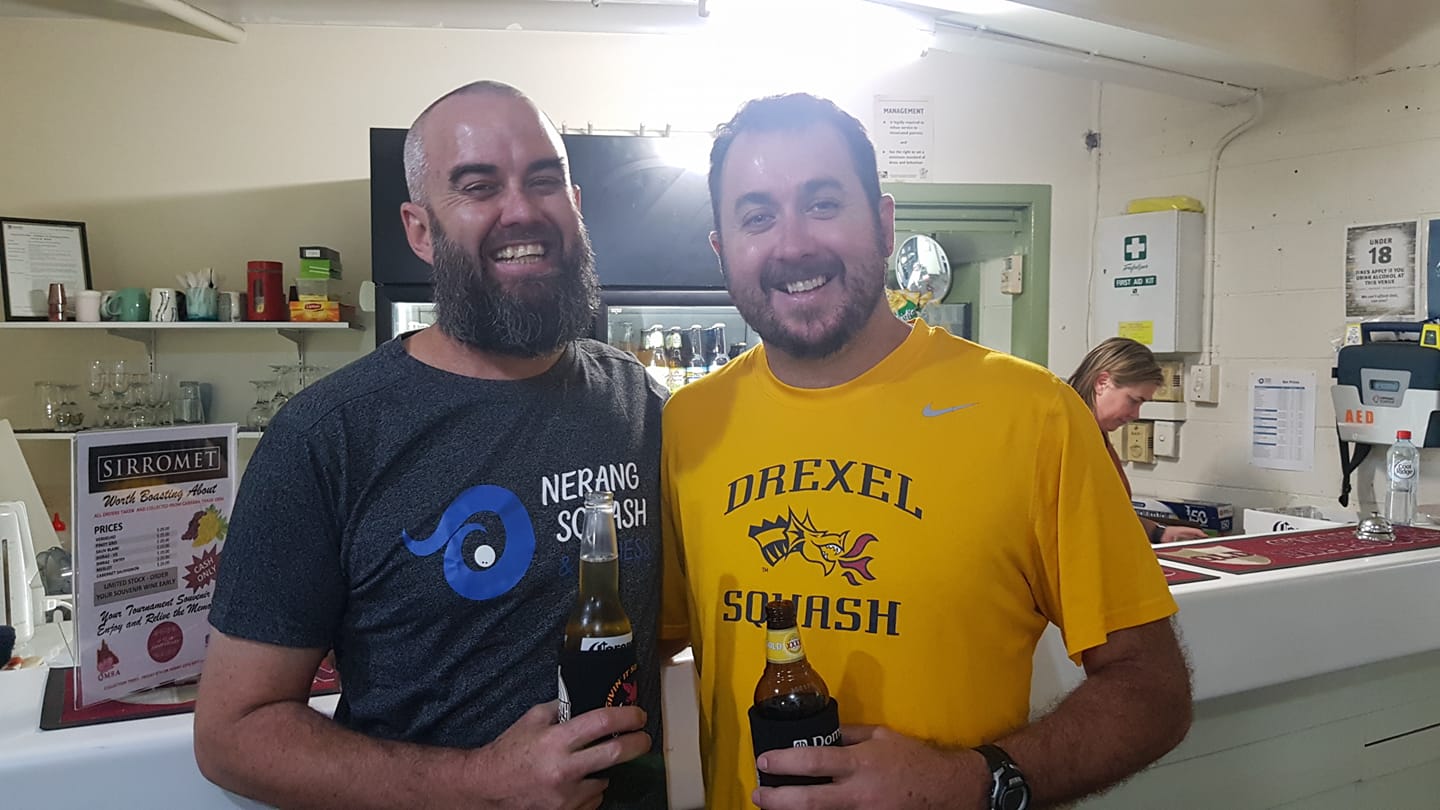 The hard-hitting John White has headed home to compete in the 2019 Australian Masters Championships, which start today on the Gold Coast.

Participation numbers are at an all-time, with more than 570 players aged 35 and above dropping into the Gold Coast to play off for the individual and team events over a two-week period. Entries have come from far and wide across Australia and abroad from Japan, New Zealand, and the United States.

Travelling from the United States for the tournament is one of our own, and one of the best. John White, former world number one, is returning to his home country and State of Queensland to compete for the Individual Men’s 45-49 year Australian Title.

Nicknamed the “Great White” during his time on the Professional Squash Association Tour, John was known as the hardest hitter of the squash ball clocking up a record speed of 172mph in 2004, a record that wouldn’t be broken until 2011 by another Australian, Cam Pilley.

John isn’t the only one in the family with squash talent. John was looking forward to settling some old sibling rivalry at this event as his brother David White, who manages the Nerang Squash and Fitness Centre on the Gold Coast, had also entered to compete in the same age group.

David had thrown the challenge out to his brother as he boasts that the last time they played each other, 28 years ago, David was the winner. Unfortunately, a foot injury has prevented David from competing.

Wondering where these talents came from? Lynne White, John and David’s mother, is a previous winner of a Queensland Masters Title and will be competing for the 65-69 women’s Australian title this year.

David will no doubt be cheering on the rest of the family and making sure that a steady flow of refreshments will be available.

We usually hope the Great Whites stay away from the Gold Coast but not in this case.