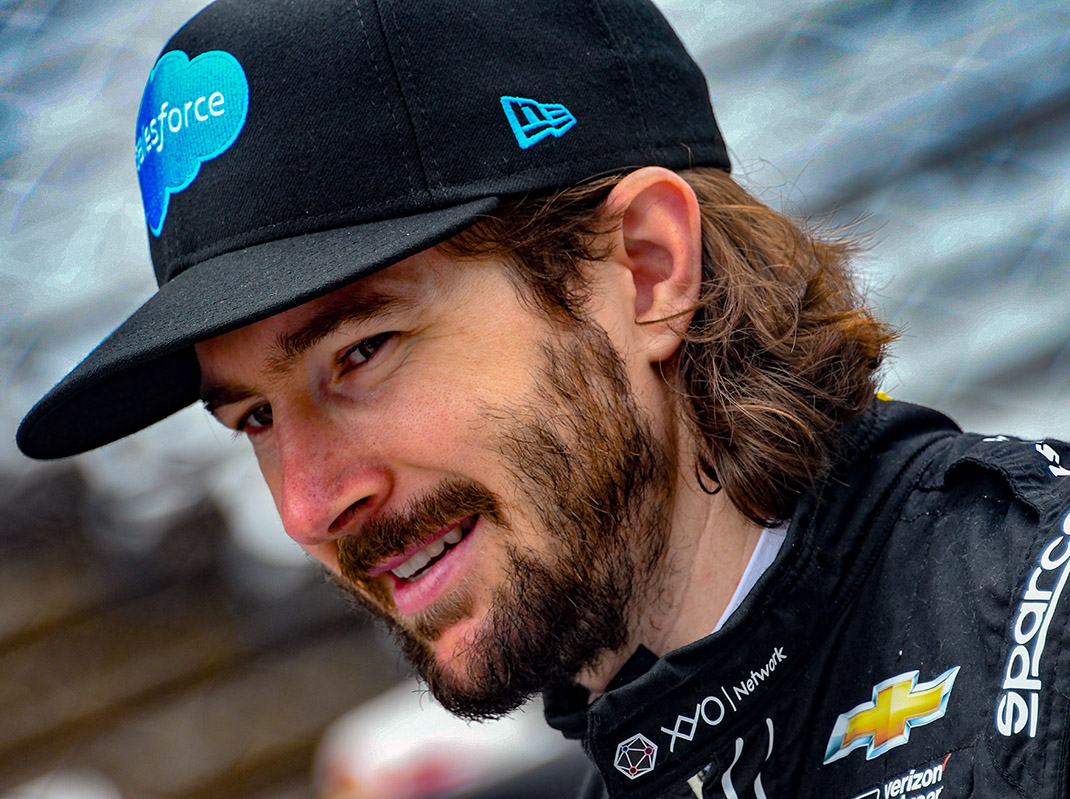 INDIANAPOLIS – Dreyer & Reinbold Racing has confirmed J.R. Hildebrand will return to the team to drive the No. 48 Chevrolet-powered Dallara in an attempt to qualify for the 103rd Indianapolis 500.

Hildebrand, an eight-time Indy 500 starter, was the 2011 Indy 500 Rookie of the Year and has recorded four top-10 finishes in the Indianapolis 500. Last year, Hildebrand drove the DRR Chevrolet from the 27th starting position to 11th.

The 31-year-old driver joins Dreyer & Reinbold Racing for a second consecutive year at the world’s biggest auto racing event and will drive the No. 48 car, a longtime racing number campaigned by legendary racer/car builder/team owner Dan Gurney. DRR will also field Sage Karam in the No. 24 WIX Filters Chevy the month of Many at IMS.

Hildebrand, a California native now residing in Boulder, Colo., was the 2009 Indy Lights champion and also captured racing titles in the USF2000 (2006) and SCCA Formula Russell (2004) series. He made his IndyCar Series debut with Dreyer & Reinbold Racing in 2010 at the Mid-Ohio Sports Car Course. He also drove the DRR IndyCar at Sonoma Raceway that year.

“Last year, we had a great relationship with Dennis Reinbold’s DRR team in our initial Indy 500 effort,” said Hildebrand. “I started my IndyCar career with Dennis back in 2010 when he brought me up to the big leagues in IndyCar Racing. We have always had a great rapport over the years. I have always been impressed with the speed in the race of the DRR team.

“I’m thrilled to have Salesforce back on our race car, and also honoring the great Dan Gurney with the No. 48 this year. Dan was one of my racing heroes, by saluting him in this year’s Indy 500 and campaigning his famed No. 48. Dan’s No. 48 won the 1975 Indy 500 with Bobby Unser driving. Now, we’ll celebrate Dan’s great racing achievements with the No. 48 car.”

Another longtime Indy 500 legacy comes with the Dreyer & Reinbold families at Indianapolis Motor Speedway, dating back to 1927 with DRR team owner Dennis Reinbold’s grandfather, Floyd Dreyer, serving as a mechanic in the 1927 Indy 500. Dreyer, a famed motorcycle racer before building and owning racing cars, built a variety of Indy 500 entries, sprint cars and midgets from the 1930s to 1950s.

“I’m very pleased to bring back J.R. to the Indianapolis Motor Speedway again this year,” said Reinbold. “Last year, we expanded to two cars with J.R. and Sage and the combination worked very well. J.R.’s experience at Indy brings our team a lot of background to develop the cars quickly in practice and prepare for qualifying. With J.R. and Sage, we have two very talented young drivers who can compete for the win on May 26. Plus, running the No. 48 in honor of Dan Gurney is exciting for me and our team. Dan was one of my heroes as a kid and it will be great to have the No. 48 back at IMS.”

The Gurney legacy, with many Eagle cars competing at the Indy 500, is well-known at Indianapolis Motor Speedway with race wins and record qualifying performances.

“We are very much looking forward to another exciting Indy 500 in 2019,” said Alex Gurney, Dan Gurney’s son.  “The number 48 is special to our family as my dad took that number to second place in both ’68 and ’69 as well as a win for AAR as a team and manufacturer in 1975. This is a great tribute to my dad. JR Hildebrand is a special person as well as a fantastic driver and he seems always to be in contention for the win at Indy. I hope he can put the 48 up front in the big race.”