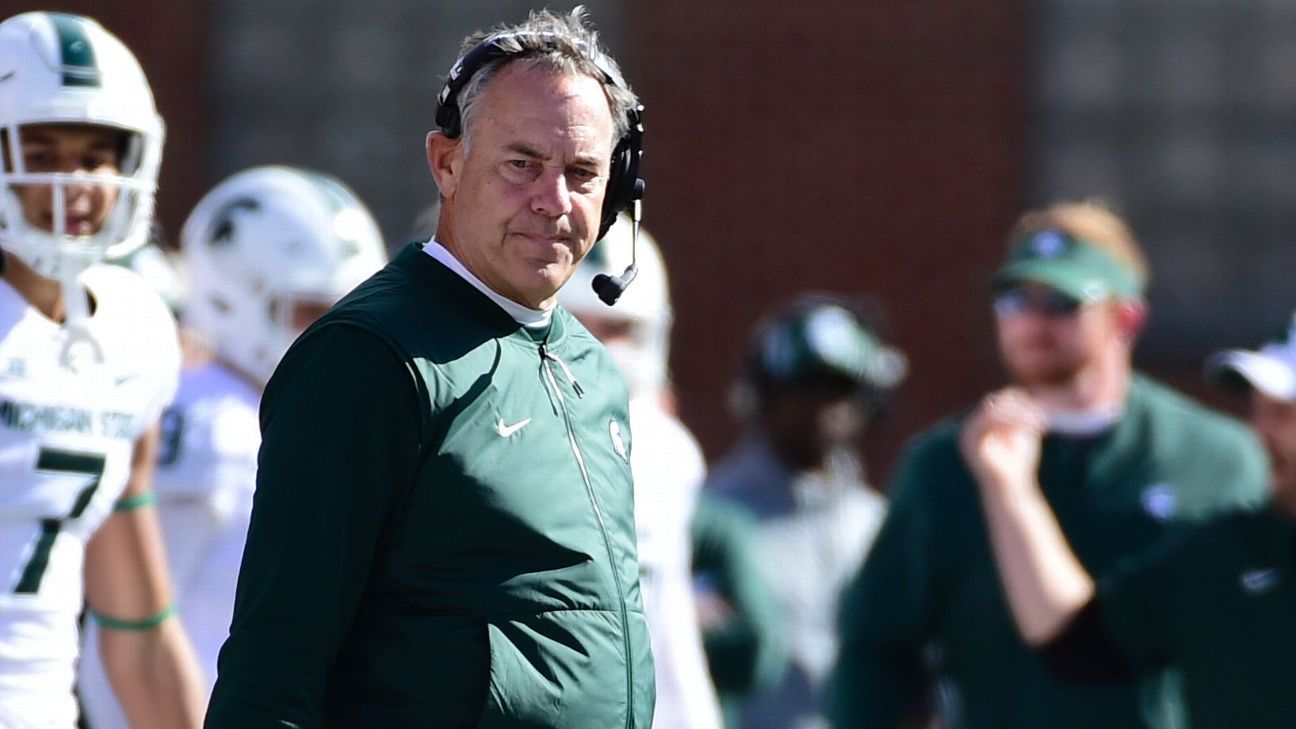 Michigan State football coach Mark Dantonio will have to answer questions under oath about the recruitment and vetting of former player Auston Robertson.

A federal judge decided Tuesday afternoon not to limit the time or scope of Dantonio's upcoming deposition in a wrongful termination lawsuit filed by his former recruiting director. The judge said Dantonio would not need to schedule the deposition until after Michigan State's football season is over.

Thomas Kienbaum, an attorney representing Dantonio, said he was delighted with the outcome of Tuesday's hearing and with the judge's offer to stay closely involved in the process of the deposition.

"The main ruling we were seeking was to not have [Dantonio] interrupted during the season," Kienbaum said Wednesday morning.

Curtis Blackwell is suing Dantonio and others at Michigan State. He says he was made into a scapegoat as the football program and the university responded to a series of sexual assault issues in the early months of 2017. University police arrested Blackwell on suspicion of obstruction as part of a sexual misconduct investigation involving three former Michigan State football players in January 2017. He was not charged with a crime. He was suspended indefinitely in February 2017, and four months later, his year-to-year contract was not renewed.

Blackwell's attorneys filed a motion last month to compel Dantonio to schedule a deposition for the lawsuit. In that motion, Blackwell claimed that Dantonio had ignored the advice of multiple assistant coaches when he decided to offer Robertson -- a highly touted defensive line prospect -- a spot on the Spartans' roster. Robertson, who had a documented history of sexually violent behavior, sexually assaulted the girlfriend of one of his teammates less than a year after he arrived at Michigan State.

Dantonio's attorneys argued that Robertson's recruitment was not relevant to Blackwell's termination or to the original claims Blackwell made in his lawsuit. When asked in the summer of 2017, Dantonio said Blackwell's contract was not renewed due to "philosophical differences." Blackwell believes he was let go so that the football program and university could blame him for a recruiting class that featured four players who were all convicted of crimes related to sexual incidents within their first year on campus. Blackwell says it was Dantonio's decision -- not his -- to bring the most controversial of those players to East Lansing.

Dantonio would later acknowledge that Robertson was "a risk," but said that he decided to offer the 6-foot-5, 260-pound pass-rusher a scholarship after a "thorough vetting." Robertson had been kicked off his high school football team and banned from the school's campus when Dantonio offered the scholarship.

According to Blackwell's testimony under oath, the two coaches who took part in that vetting process did not want Michigan State to offer Robertson a spot. Blackwell said assistant coach Ron Burton told Dantonio that he didn't want Robertson on the same campus as his daughter. Then-offensive coordinator Dave Warner, according to Blackwell, told Dantonio that they "couldn't really find anybody that could say anything good about Auston."

Dantonio declined requests to answer questions about those claims last month. Dantonio has yet to answer any questions specifically about Robertson since the former Spartan player was arrested on charges of rape in April 2017. Dantonio kicked Robertson off the team at the time of the arrest and issued a written statement explaining the decision. He declined to answer questions about Robertson at a news conference several months later. When asked for more details about their vetting process by ESPN in the fall of 2018, Dantonio and others at Michigan State declined to provide any answers.

Dantonio asked the judge presiding over Blackwell's lawsuit to prohibit Blackwell's lawyer from asking questions about Robertson's recruitment. Through his attorneys, Dantonio also asked that the deposition be limited to 3½ hours. Michigan law typically allows attorneys up to seven hours to depose witnesses in a lawsuit.

The judge denied those requests Tuesday. The judge also denied a request from Blackwell's attorney to depose Dantonio during Michigan State's bye week in mid-October.

Dantonio asked the judge presiding over Blackwell's lawsuit to prohibit Blackwell's lawyer from asking questions about Robertson's recruitment. Through his attorneys, Dantonio also asked that the deposition be limited to 3½ hours. Michigan law typically allows attorneys up to seven hours to depose witnesses in a lawsuit. The judge denied those requests Tuesday.

Kienbaum said the judge has offered to monitor the deposition closely, potentially hosting it at the courthouse, which would be a rare occurrence. Kienbaum said the crux of Dantonio's deposition should be about why Blackwell's contract was not renewed. Blackwell's original lawsuit claimed that he was fired because he declined to participate in a pair of investigations -- one conducted by police and another conducted by a firm hired by Michigan State -- about the January 2017 sexual misconduct incident. If asked why Blackwell was let go, Kienbaum said, Dantonio intends to answer that question in detail.

"And Blackwell isn't going to like that," Kienbaum said. "It's not going to be good for him." 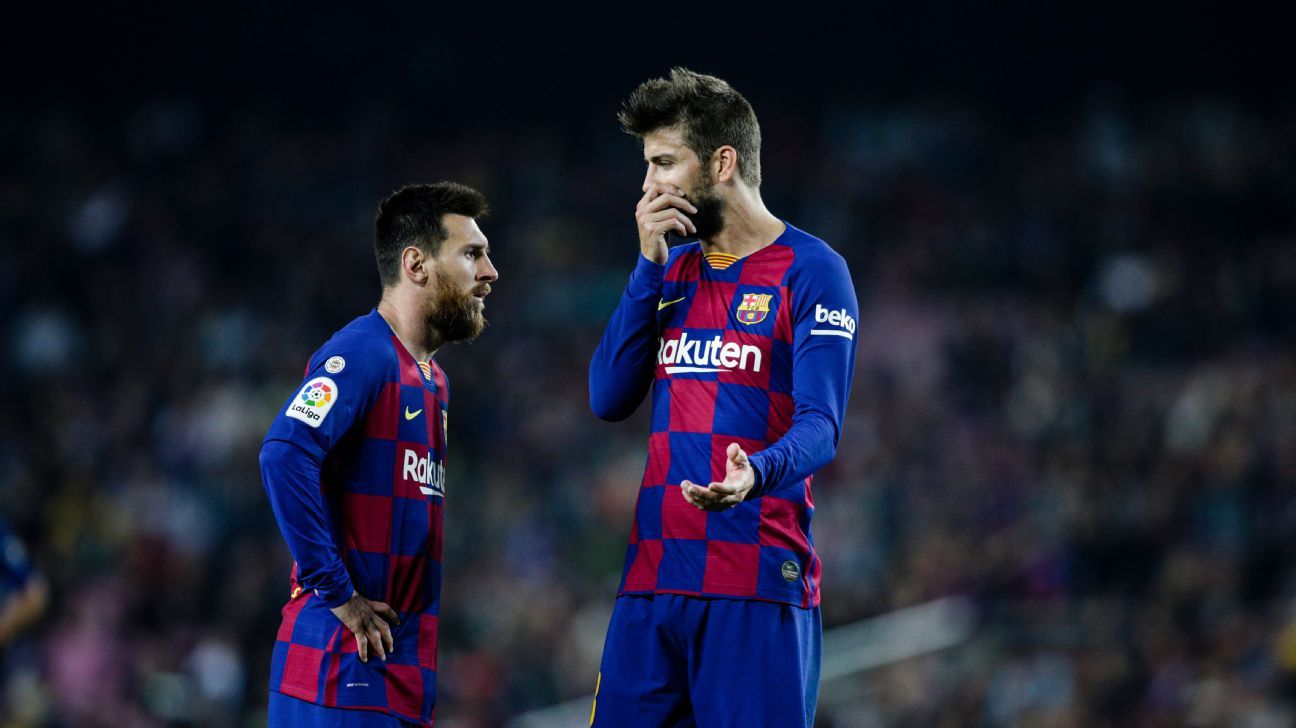