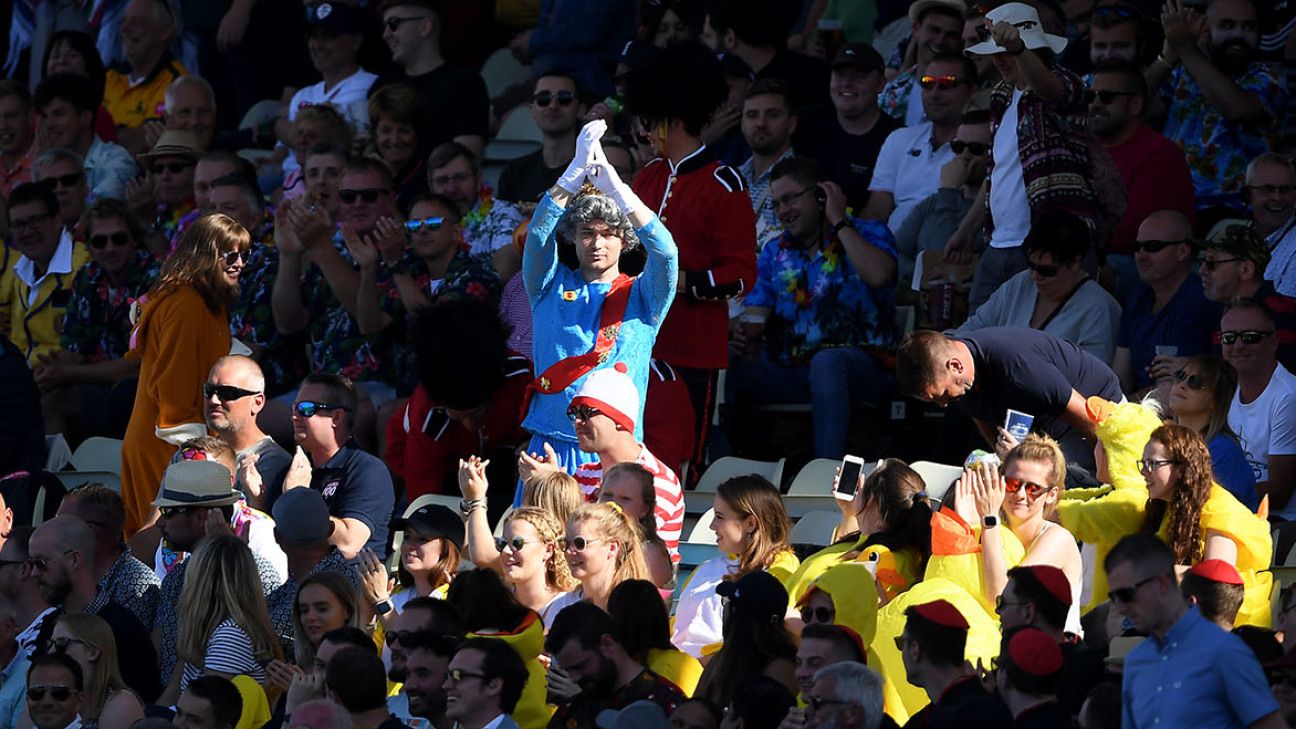 The feelgood factor generated by a remarkable summer of cricket in 2019 has spilled over into 2020 … but perhaps not in the manner that the ECB might have envisaged, after Edgbaston confirmed that it had already sold out for next September's Vitality Blast Finals Day.

According to a press release from Edgbaston, demand for next year's competition has never been higher in its 17-year history, with the initial allocation of tickets for Finals Day, on September 5, selling out ahead of the planned general sale period, and just two weeks after Essex beat Worcestershire in the 2019 final.

It comes also as the ECB begins to ramp up preparations for its new city-based competition, The Hundred. Last week they confirmed the names of all eight teams, with Edgbaston set to host Birmingham Phoenix, while the draft for the Hundred will take place on October 20, live from the Sky Sports studios in Isleworth.

To judge by the take-up of tickets in the Blast, existing English cricket fans appear to be voting with their feet - according to a recent poll in The Cricketer magazine, 84 percent of respondents were "opposed" to the tournament, with just 6.5 percent in support. However, the ECB understandably felt that such interest could only reflect well on the health of the sport, and insisted that it would be "investing more than ever" into next year's staging of the Blast.

"The record-breaking sell-out for next year's Vitality Blast Finals Day is exciting news and further illustrates the opportunity for cricket to build on a memorable summer in which attendances at international domestic matches broke the three-million mark for the first time," said an ECB spokesman.

"The Blast saw average attendances increase by 15% this year and the ECB is committed to investing more than ever into the tournament next season to help continue its growth while dovetailing with our other men's and women's fixtures to entertain core cricket fans and attract new fans to our game."

Neil Snowball, Edgbaston's chief executive, said that the "trusted format" of Finals Day made it a particular hit with regular cricket fans, but also felt that there was room for both the Blast and the Hundred to thrive alongside one another in future seasons.

"We've worked really hard with the ECB and its tournament partners over the last few years to make Vitality Blast Finals Day an unrivalled experience that can appeal to all supporters of county cricket, young and old," said Snowball.

"The trusted format of three games in a day and the increased programme of entertainment and activations make it a unique event in the global cricket calendar and one that the cricket fans clearly love and we are seeing a high proportion of ticket purchasers returning year after year.

"The launch of The Hundred along with another packed international schedule will make 2020 another very important summer of cricket in England and Wales and today's news of a Finals Day sell out is great for the game and highlights how the Vitality Blast can continue to thrive alongside this exciting, new tournament."

As in previous years, tickets were assigned to cricket supporters from across the country through a public ballot, and Edgbaston has held back an agreed allocation for members and supporters of the four teams that reach next year's semi-finals. A further tranche of general admission tickets will also be released next summer when the position of the pitch and sightscreen restrictions have been confirmed.

Edgbaston, which hosted the first Ashes Test in 2019 as well as five World Cup matches, including England's semi-final victory over Australia, has another Test against West Indies in 2020, as well as an ODI against Ireland in September.

"We may be in the early part of the off-season but the appetite for cricket following the golden summer of 2019 certainly isn't slowing down," said Snowball.

"We're approaching capacity for the Friday and Saturday of England's Test with West Indies and overall demand for this match is significantly stronger when compared with our last fixture between the two sides in 2017.

"Hosting Ireland for the first time in an ODI will also be a great occasion as we welcome back Eoin Morgan and England's ICC Men's Cricket World Cup winners to Edgbaston for the first time since their incredible success last season."