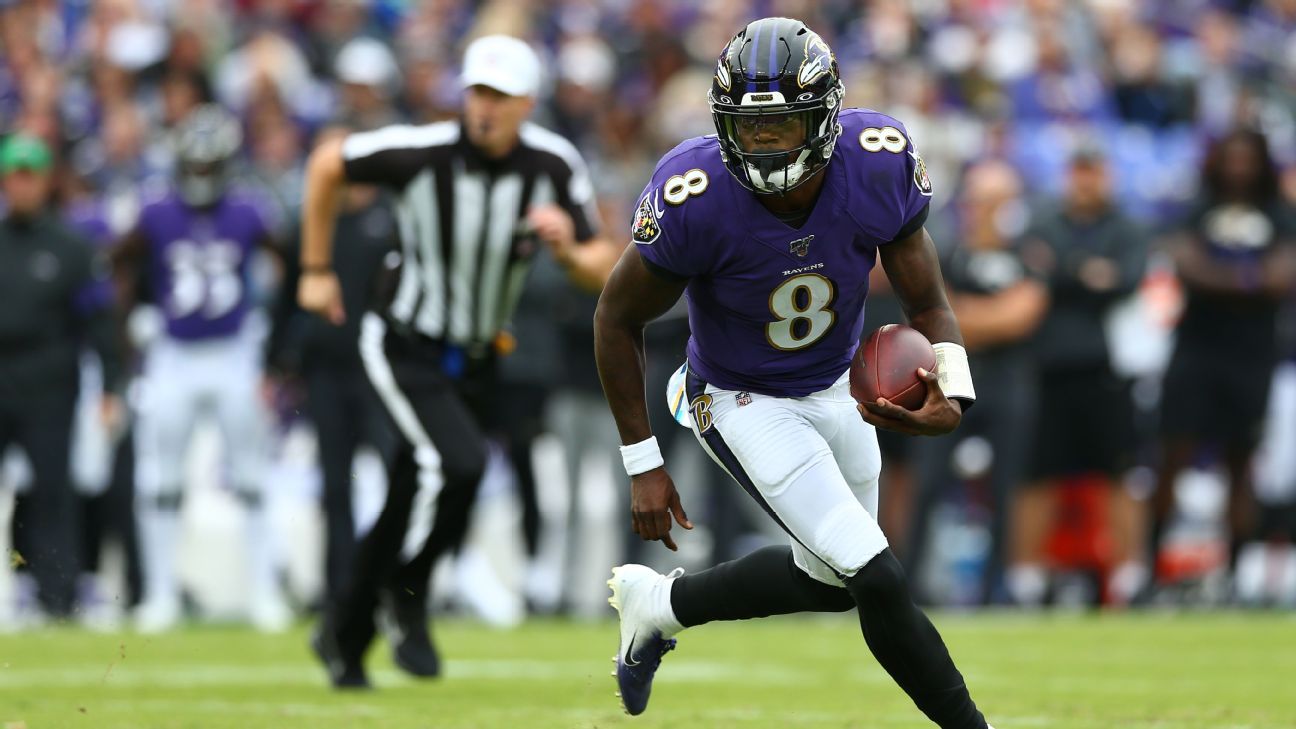 BALTIMORE -- Ravens quarterback Lamar Jackson takes running the ball to another level when he plays the Cincinnati Bengals.

Jackson became the first quarterback in 13 years to gain more than 100 yards rushing in the first half Sunday, when he produced 111 against the Bengals.

In his only other meeting against the Bengals, Jackson became the first quarterback in the Super Bowl era to record at least 100 rushing yards in his first career start.

On Sunday, Jackson darted around the Bengals for 71 yards on Baltimore's opening drive, capping that first series with a 21-yard touchdown run. Many of Jackson's runs came off the run option and weren't designed ones.

Jackson cracked 100 yards on a 29-yard scramble that ended the first half. He averaged 12.3 yards on nine runs.

The Bengals entered Sunday's game with the second-worst run defense in the NFL. Cincinnati is allowing 167.6 yards rushing per game.

Through Week 5, Jackson led all quarterbacks in rushing with 308 yards. That's 100 more than any other quarterback.

This marked Jackson's third 100-yard rushing game of his career. He gained 120 yards rushing against the Arizona Cardinals in Week 2 this season, and he totaled 119 yards rushing last season against the Bengals in his first career start.

Jackson has also shown off his arm this year. On Sunday he also became the fourth quarterback in the past 15 seasons to produce 150 yards passing and 100 yards rushing in a half.