Hill returns to action with 2 TDs in Chiefs' loss 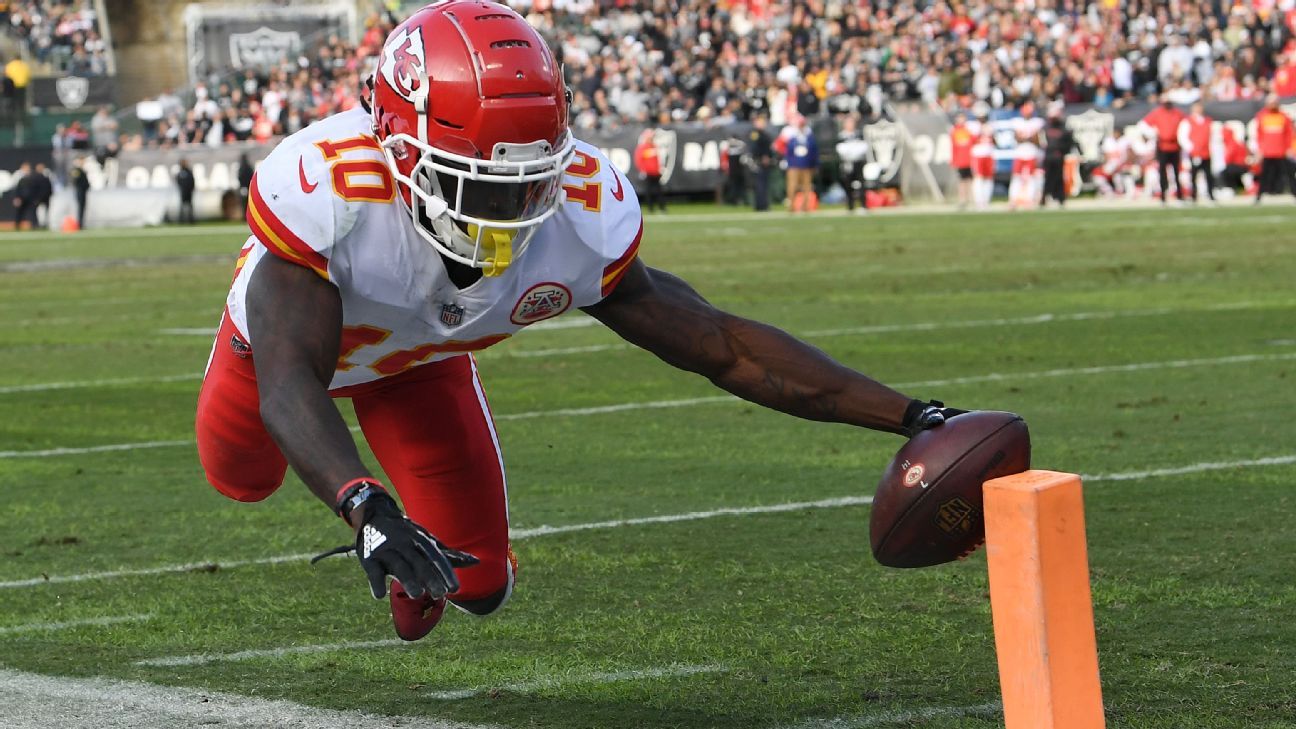 Hill couldn't prevent the Chiefs from losing their second straight game, both at Arrowhead Stadium, and fall to 4-2. They lost 31-24 to the Houston Texans.

Hill made a spectacular catch for a 46-yard touchdown on the Chiefs' first possession of the game. Hill at 5-10 showed his unusual ability to track the deep pass by going up over two bigger defenders to make the catch near the goal line and make his way into the end zone.

Hill later caught another touchdown pass, this one for 6 yards. That play gave Hill his first multi-touchdown receiving game since the start of the 2018 season. Entering Sunday, no other player had more than three such games in that period.

Hill missed the last four games because of an injury to his sternum and right collarbone. He left the Chiefs' lineup late in the first quarter of a Week 1 win over the Jacksonville Jaguars.