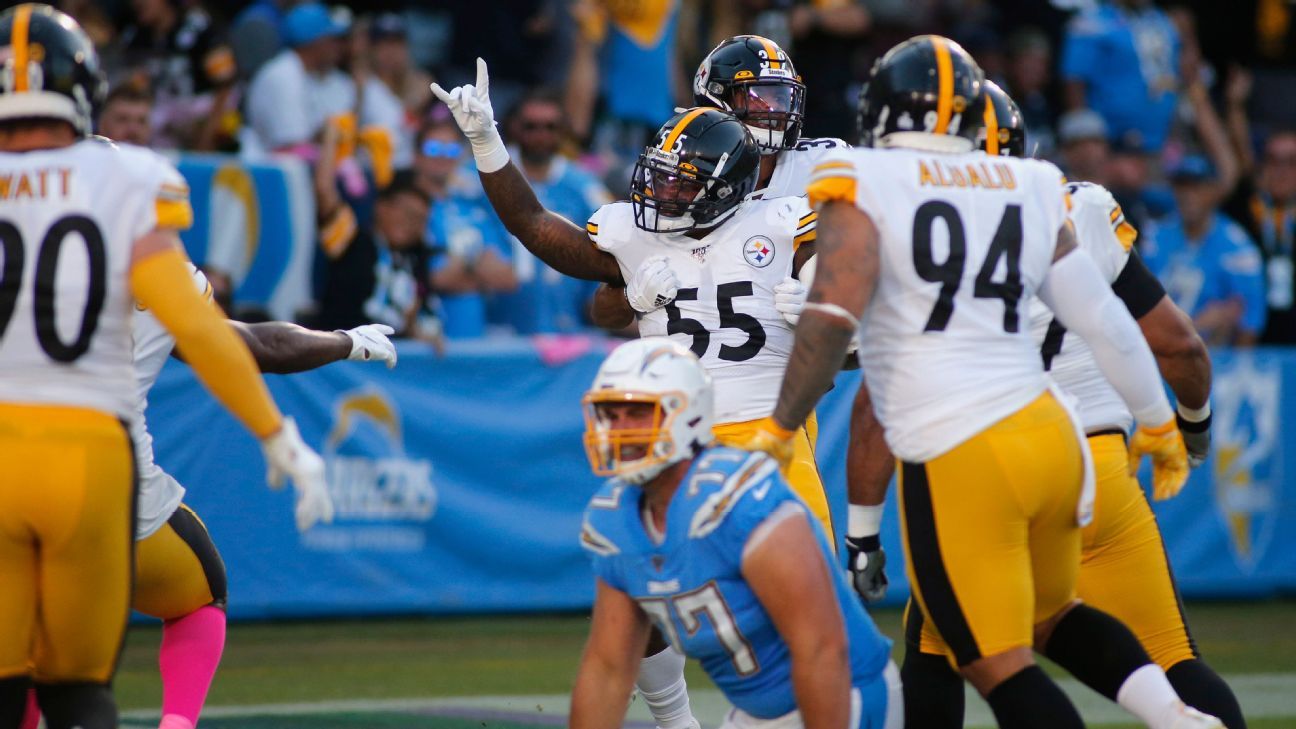 The Pittsburgh Steelers defense finally decided to do it themselves.

After weeks of the Steelers' offense struggling to convert the defense's takeaways, rookie linebacker Devin Bush removed the middleman, scooping up Melvin Gordon's fumble on a backwards pass from Philip Rivers. While the rest of his teammates were nearly stationary watching the loose ball, Bush showed awareness, picking up the ball and running it 9 yards into the end zone for the Steelers' first score of the game.

Per the Steelers, Bush is the first Steelers rookie with a fumble return for TD since Javon Hargrave at Cleveland on Nov. 20, 2016. Bush added an interception shortly after to lead to the Steelers' second touchdown.