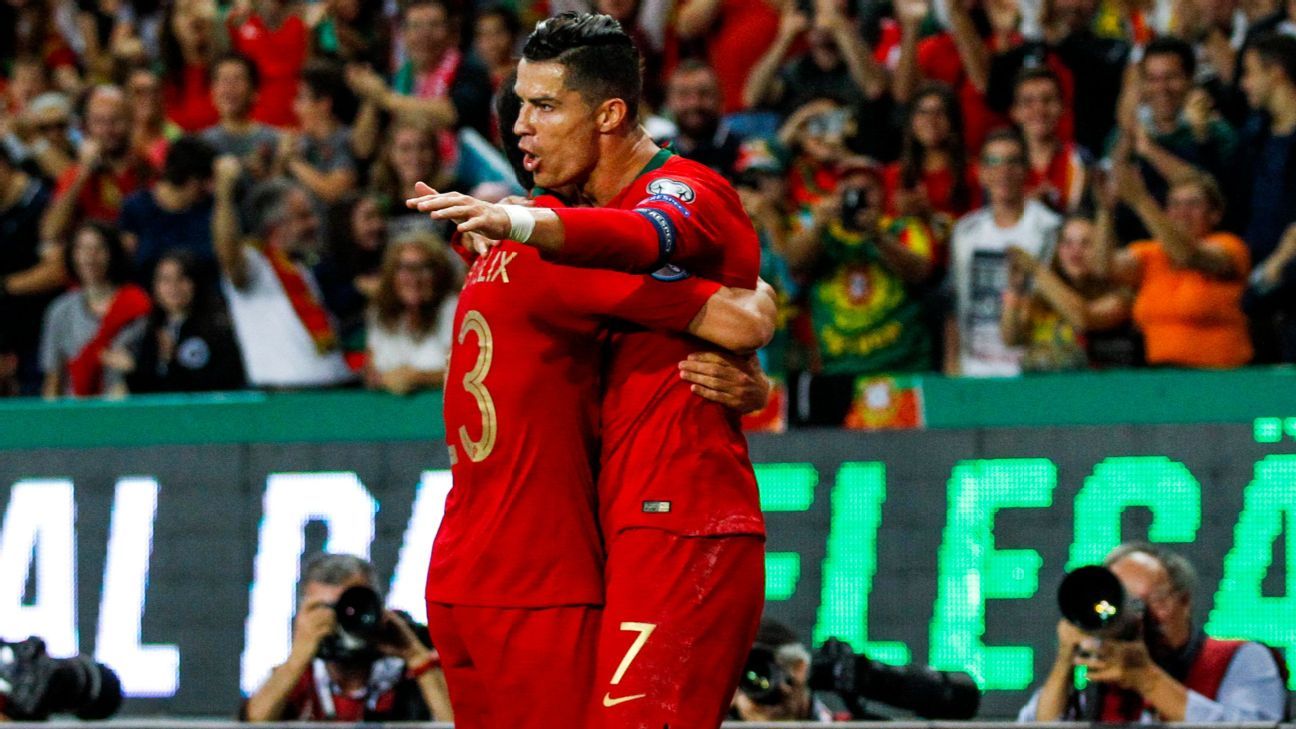 Cristiano Ronaldo reached 700 career goals in official matches by scoring for Portugal in their 2-1 loss to Ukraine in a Euro 2020 qualifier on Monday.

The five-time Ballon d'Or winner converted a penalty in the 72nd minute after a Ukraine player was judged to have handled a long-range shot in the box.

The only other active player close to breaching the 700-goal mark is Barcelona and Argentina star Lionel Messi, who has 672.

At club level, Ronaldo scored five goals for Sporting, 118 with Manchester United, a club-record 450 with Real Madrid and 32 for his current side Juventus.

At international level, Ronaldo's tally of 95 goals is second only to Ali Daei's 109 for Iran.

Some outlets reported Ronaldo reaching the 700-goal milestone on Friday after his goal in Portugal's 3-0 win over Luxembourg. The difference was a goal against Real Sociedad in 2011, which Real Madrid teammate Pepe said belonged to his fellow Portugal international to help out in a tight Pichichi race against Barcelona's Lionel Messi for the league's top scorer that year.

However, most statisticians -- including ESPN's Stats & Information -- do not credit Ronaldo with that goal.