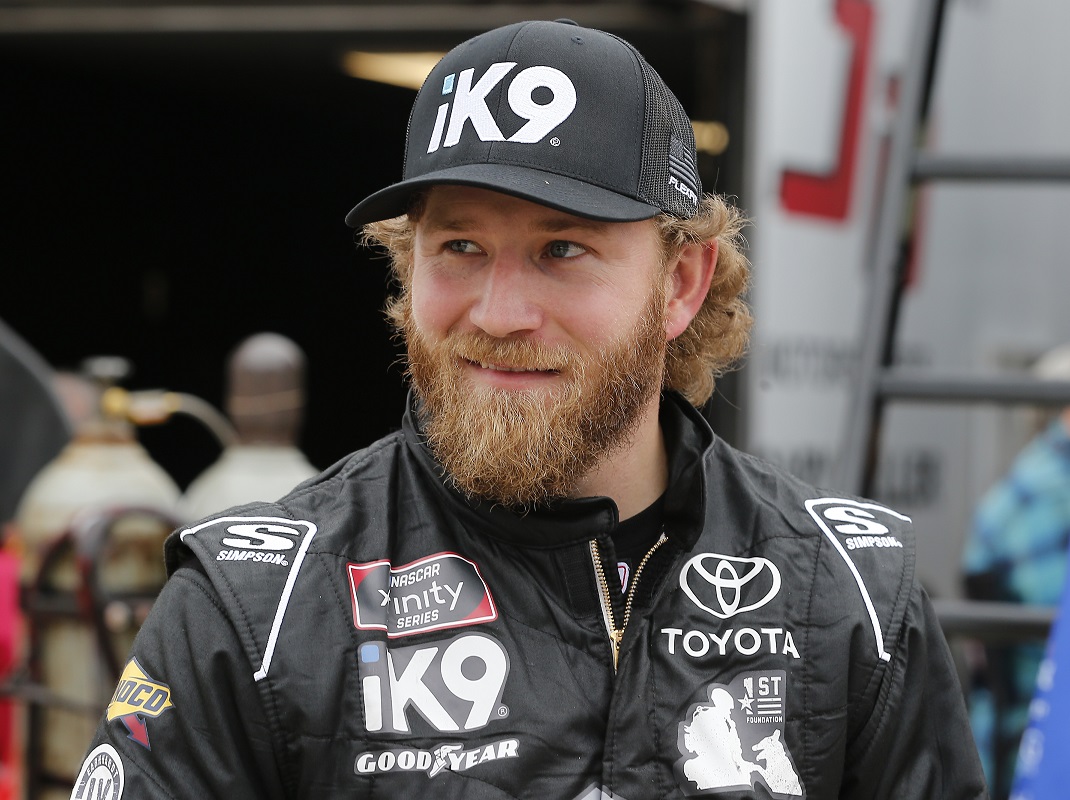 TALLADEGA, Ala. – Jeffrey Earnhardt will embark on a historic first this weekend at Talladega Superspeedway, the track where much of the Earnhardt family’s NASCAR legacy was first cemented.

On the Xfinity Series side, Earnhardt will drive the No. 18 Toyota Supra for Joe Gibbs Racing, seeking his first win of the season after a strong performance at Daytona Int’l Speedway back in February.

Meanwhile, on the Cup Series frontier, the fourth-generation driver will pilot the No. 81 Toyota Camry as Xtreme Concepts Racing – the organization founded by Earnhardt’s sponsor’s CEO, Landon Ash – debuts at NASCAR’s top level just one month after racing in the Xfinity Series at Texas Motor Speedway.

It will make for a busy weekend for the 29-year-old Earnhardt, but it’s a challenge he’s eagerly looking forward to.

“Double duty will definitely be a new experience for me, but it’s something we’ve been preparing for. The JGR cars have been fast every race,” Earnhardt said. “We’ve seen Kyle (Busch) go out and absolutely dominate in the No. 18, and we’ve been able to pull out some really great runs, so I’m excited to have another shot at it, especially after doing so well at Daytona.

“The Cup race will be a bit different. The Xtreme Concepts team is still new and it’s only our first Cup start this year, but we’ve had a lot of help from Joe Gibbs Racing to prepare,” he continued. “If you look back at Texas … that was the first Xfinity race for Xtreme Concepts. We fought for position all day and ended up in the top-10 before it was all over. I think you can look at that and see we aren’t just here to finish.

“We’re here to finish up front and fight for every spot, and it will be the same on Sunday.”

Earnhardt is instantly reminded of the unique atmosphere at Talladega every time he comes to the track, not only because it’s one of the most unpredictable on the schedule, but because of his family’s deep legacy of success there.

“Talladega has always been a special place – not just for me, but the whole Earnhardt family. We’ve all seen the success my grandfather and uncle have had there, and for the most part, it’s treated me well,” said Earnhardt. “There’s something different about Talladega. The fans are so emotionally connected to what is going on, and the feeling you get when you pull into this huge track with all of the campers and people in the infield. You’ll never see or feel that anywhere else.

“I think knowing the family history and what they were both able to accomplish definitely adds to that feeling for me.”

While he knows that the draft creates plenty of opportunities for success at Talladega, Earnhardt also realizes that there’s a bigger picture goal of bringing his two rides home in one piece this weekend.

That doesn’t mean he’s not going to go for it, however.

“This weekend is about putting on a great show and coming out of Talladega with two good finishes between Joe Gibbs Racing and Xtreme Concepts Racing,” Earnhardt noted. “The support from these two groups has been amazing, and the best way for me to show that is to go out, take care of the equipment and be there at the end with a chance to win. We don’t know what to expect at Talladega. You never know how the race is going to play out, but if you can hang around and make it to those final laps, you’ve got a chance to take home a trophy.

“There have been a lot of learning moments this year and I’m sure we have some more coming, but we’ve had fast Toyotas and I know that isn’t going to be any different this week.”