Sprint stars at the Anniversary Games 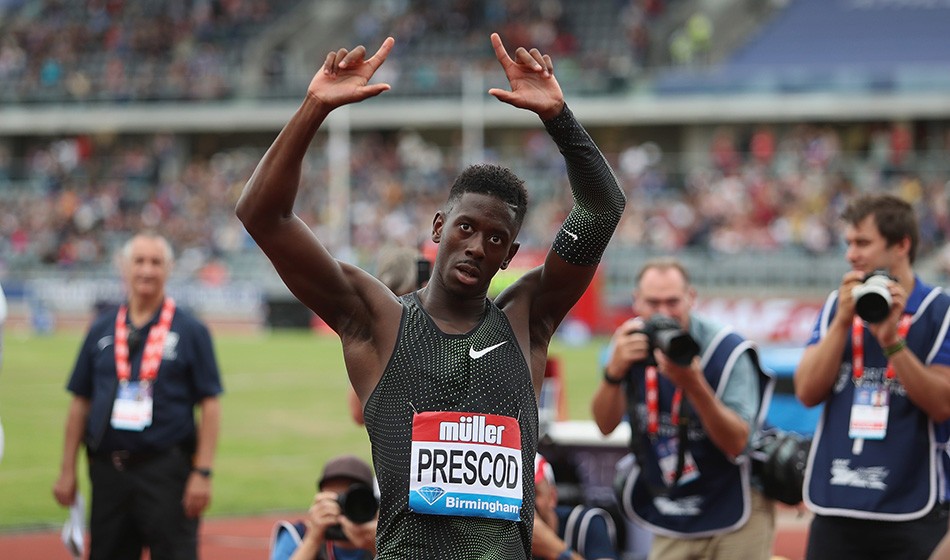 Tickets to the British Athletics 2019 outdoor event series are now ON SALE. With another huge year of world-class athletics now in full swing on the back of a memorable indoor season, you can secure your seat to see the best athletes in the world right here in the UK – including the best in Britain – this summer.

The first of British Athletics’ outdoor showpiece events will be the Müller Anniversary Games, which takes place over the weekend of July 20-21 at the London Stadium and it promises to be another memorable occasion.

The 100m sprints tend to grab plenty of attention in the UK capital and there will be no change there after the announcements of top-quality fields in the both the men’s and women’s events for 2019.

Four of the world’s best male sprinters have been confirmed as taking their places on the start line at the iconic venue.

Having established himself as Britain’s current number one thanks to a best time of 9.91 seconds last year – the joint second-quickest ever by a Briton – European champion Zharnel Hughes returns to London looking to go one better on his second-place finish at last year’s edition of the event.

Alongside Hughes, fellow Briton Reece Prescod is on the world radar following eye-catching performances and will relish lining up in his home city this July.

A world championships finalist in 2017 and European silver medallist last year, the 23-year-old Londoner has bold ambitions for 2019, with Linford Christie’s long-standing British record of 9.87 one of the targets in his sights.

Two world-class stars with 11 Olympic and world medals between them, Canada’s Andre De Grasse and Jamaican Yohan Blake, complete the additions to the field at this stage.

De Grasse is looking to return from a spell of hamstring issues and claim further global medals. A triple Olympic medallist in 2016 with silver in the 200m and bronze medals in the 100m and 4x100m relay, De Grasse’s appearance at this summer’s Müller Anniversary Games marks his first race in London.

Last but not least, and a man who is no stranger to the London Stadium having won three Olympic medals at the stadium back in 2012, Blake – the second-fastest man in history over 100m with a time of 9.69 seconds – joins the aforementioned trio in racing over 100m on Saturday 20 July.

The quartet’s confirmation follows the announcement of a red-hot women’s 100m field. British record-holder Dina Asher-Smith will take on Marie-Josée Ta Lou of the Ivory Coast, Elaine Thompson of Jamaica and Dafne Schippers of the Netherlands – a quartet who own a combined 18 Olympic and world medals.

Thompson is the reigning Olympic 100m and 200m champion and Schippers is a two-time world 200m champion, while Ta Lou was world No.1 at the distance in 2018.

Fresh from her exploits in Berlin last summer where she won European golds over 100m, 200m and 4x100m, Asher-Smith will relish the 100m challenge on July 21.

Founded in 2013 as a legacy to the unforgettable 2012 Olympic and Paralympic Games, the Müller Anniversary Games is a world-leading meeting.

It will be a showpiece occasion well worth watching in 2019 and ticket prices are set to encourage families. With the brilliant performances and a live band supporting athlete introductions, everything looks set for yet another thrilling occasion which showcases the world’s best and inspires the next generation.

Tickets for British Athletics’ 2019 outdoor season are now on general sale via theticketfactory.com/british-athletics