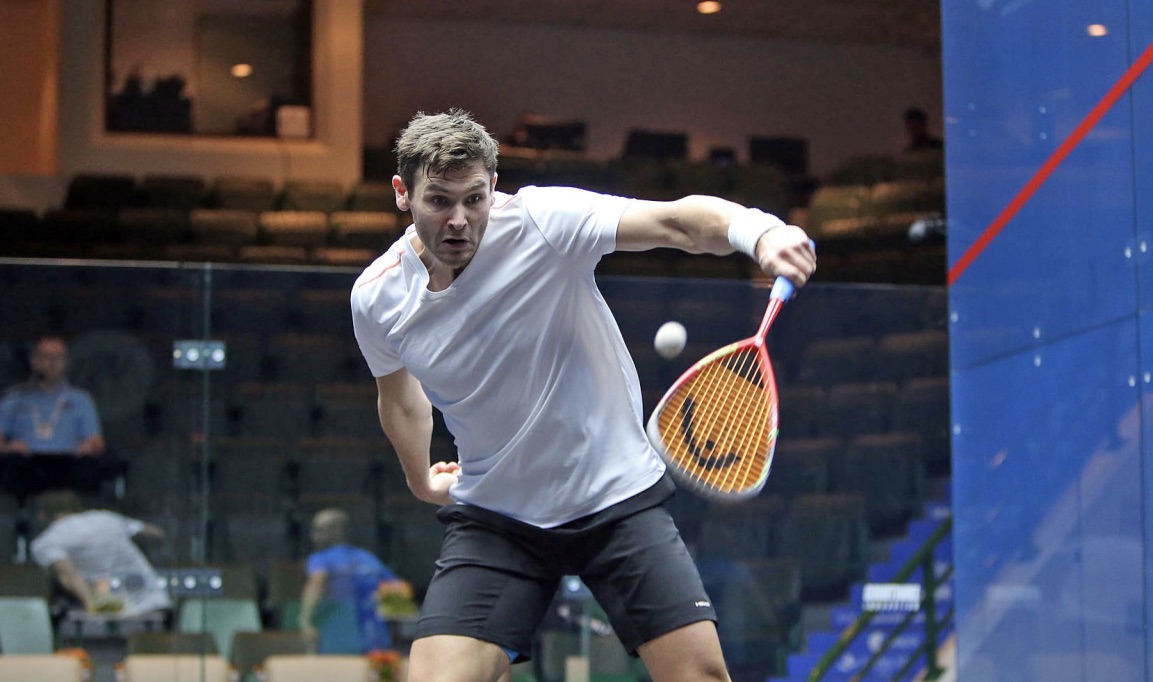 Another new England number one
By SEAN REUTHE and ALAN THATCHER

Ever since Nick Matthew retired, England has witnessed something of a merry-go-round as James Willstrop, Daryl Selby and Declan James have enjoyed spells as the new national number one. Now we can add Adrian Waller to the list.

Waller, from a squash-loving family in Middlesex, has broken into the top 20 for the first time in his career to become the highest ranked Englishman on the men’s tour after the PSA Men’s World Rankings for November were released today.

Waller, the 29-year-old from Enfield, won his eighth PSA Tour title at the Life Time Chicago Open in October, and that victory, along with a third round finish at the U.S. Open, has helped elevate him seven places to sit at a career-high World No.17 ranking.

Waller and his brothers have become familiar figures on the Middlesex League scene over many years, while Adrian has quietly worked his way up the world rankings.

Perhaps significantly, he beat Declan James in the second round of the US Open earlier last month.

U.S. Open champion Ali Farag extends his lead over runner-up Mohamed ElShorbagy at the top of the World Rankings, while Tarek Momen (No.3), Karim Abdel Gawad (No.4) and New Zealand’s Paul Coll complete the top five.

The rest of the top 10 is also unchanged as Simon Rösner (No.6), Diego Elias (No.7), Mohamed Abouelghar (No.8), Miguel Rodriguez (No.9) and Marwan ElShorbagy (No.10) all retain their spots.

India’s Saurav Ghosal stays at No.11 ahead of Welshman Joel Makin, while Egypt’s Fares Dessouky rises a spot to No.13. France’s Gregoire Marche moves up two spots to a career-high No.14 ranking, while Omar Mosaad drops two places to No.15. Zahed Salem falls a place to No.16, with England’s former World No.1 James Willstrop staying at No.18.

Egypt’s Mazen Hesham rises two places to return to the top 20 for the first time since September 2016, while England’s Daryl Selby completes the top 20 after falling three places.