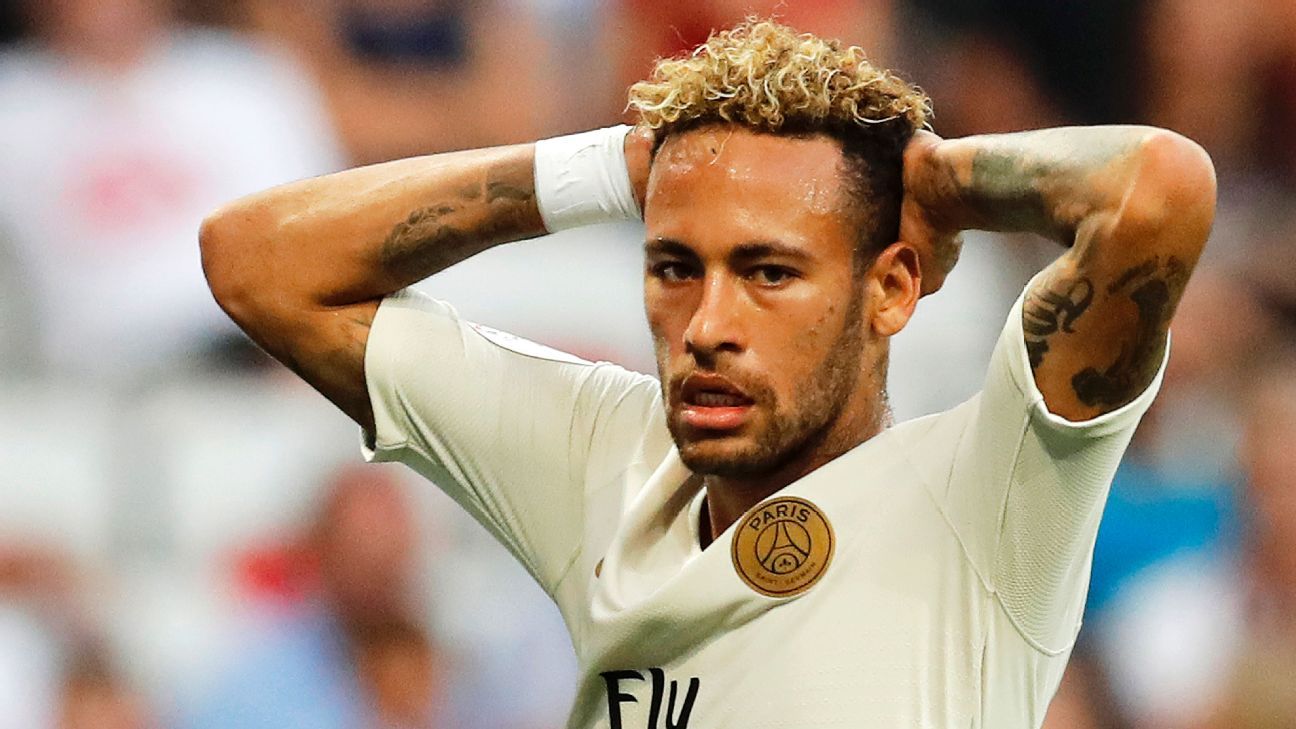 Paris Saint-Germain star Neymar has said he admires Eden Hazard and would like to play with the Chelsea forward some day.

Neymar has shared the pitch with some of the world's top players in his career -- a list that includes Lionel Messi, Luis Suarez and Kylian Mbappe.

However, when speaking to Fox Sports Brazil on Friday, the Brazil international who, like Hazard has been constantly linked to Real Madrid, said the Belgium international is another he's hoping to pair with in the future.

Neymar also told the outlet that he was "upset" over the harsh criticism he received for enjoying carnival during his recovery from a foot injury in his native Brazil.

"I am going to be honest, the things that were said made me upset," he told Fox Sports Brazil.

Neymar said his actions were overblown by individuals in the media, who chastised the former Santos man for not being with his team.

He said: "Of course people overreacted about it. I was hurt, but I could walk. The thing that hurt me the most was former players that have been through the same thing, badmouthing me. They've done even worse than me."

Neymar moved from Barcelona to Paris Saint-Germain for a world record transfer fee of €222 million in the summer of 2017. When asked what made him pull the plug at Barça, he said the time was right.

"I wanted a new challenge. I love Barcelona until this day and I watch their games, but I felt it was time to move. It was hard. I hesitated a lot before my final decision," he said.

Neymar will play in this summer's Copa America for Brazil, where the final will be played at Rio de Janeiro's historic Maracana stadium. Neymar said he has special feelings for the Maracana -- home to city giants Flamengo and Fluminense -- and confessed he'd like to make it his home in an eventual return to Brazil.

"I think [I'd play for] Flamengo. The fans ... I want to feel what's like to play for Flamengo, play in the Maracana,"

Before moving to Europe, Neymar made his name at Santos, the club at which Pele spent his best years, leading them to Copa Libertadores and Copa do Brazil glory during his time with the Sao Paulo side.

"I love Santos too," Neymar added. "When I go back to Brazil, I'll have to play for Santos again."

More in this category: « Solskjaer formation fail, Guardiola's strange changes Little more Liverpool can do in quest for Prem title »
back to top