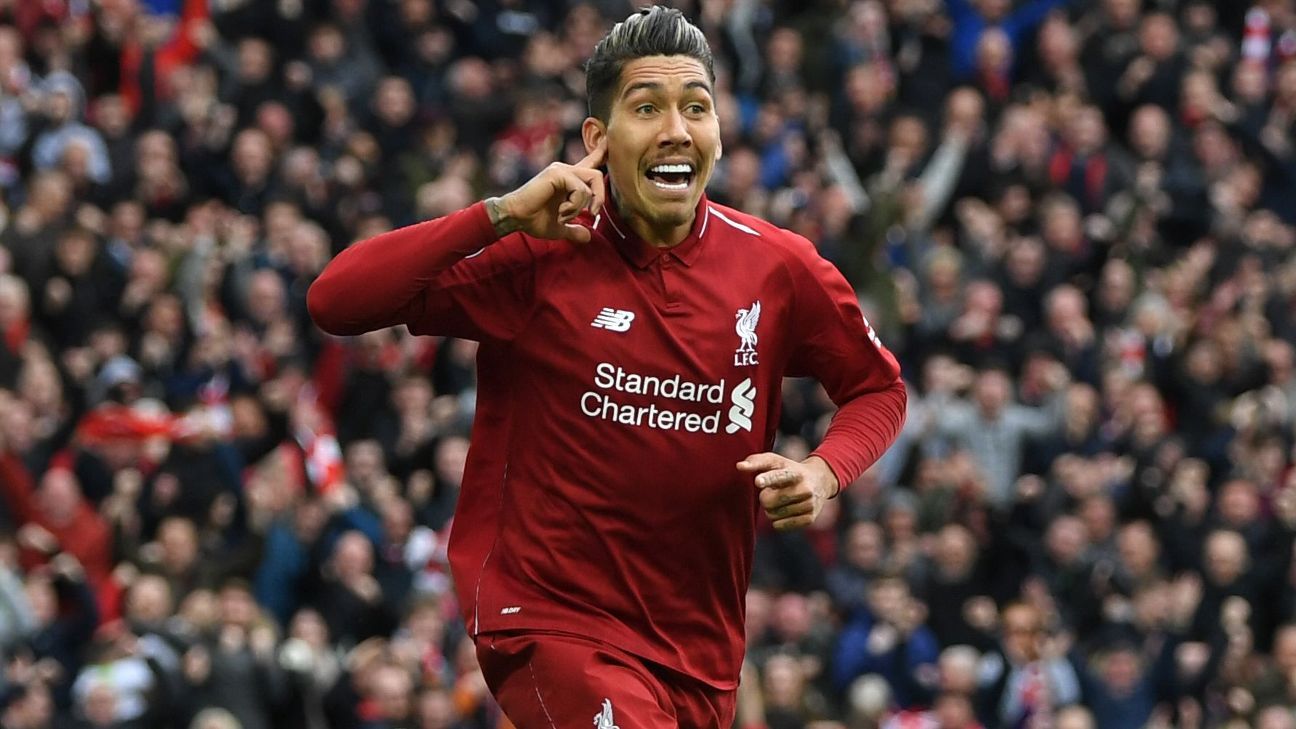 Liverpool manager Jurgen Klopp sounded hopeful that striker Roberto Firmino, who missed Friday's 5-0 Premier League win over Huddersfield Town, will be fit to face Barcelona on Wednesday despite revealing he has a small muscular tear.

The Merseysiders, who have moved back to the top of the Premier League table, take on the Spanish giants in the first leg of their Champions League semifinal at the Nou Camp and the loss of Firmino would be a significant one.

The 27-year-old Brazilian was replaced by Daniel Sturridge in the Liverpool lineup on Friday after picking up a muscle injury in training on Thursday.

"Bobby trained yesterday completely normally. It was not high-intensity we just had to work on set-pieces a little bit and here and there a couple of things," said Klopp.

"I didn't see it in training, it happened in the last situation of training and he felt a muscle a little bit. Now the official diagnosis is he has a small tear in a small muscle, so apart from the word 'tear' everything else is positive.

Ogden: Little more Liverpool can do in quest for title

Player ratings: Salah, Mane a pair of 9s for braces

"It is Bobby, so he might be ready for Wednesday, but we obviously don't know in this moment. Because it is him, it's rather likely that [he will be] than not, but we will see.

"So, of all the bad news you can get it is pretty much the best, but it's still bad enough that he couldn't play tonight."

Firmino has featured in 46 games for Liverpool this year in all competitions, scoring 16 goals with eight assists.

Klopp also said Netherlands defender Virgil Van Dijk, who brought Anfield to a hush when he went to ground with an injury during the second half against Huddersfield, was fine.