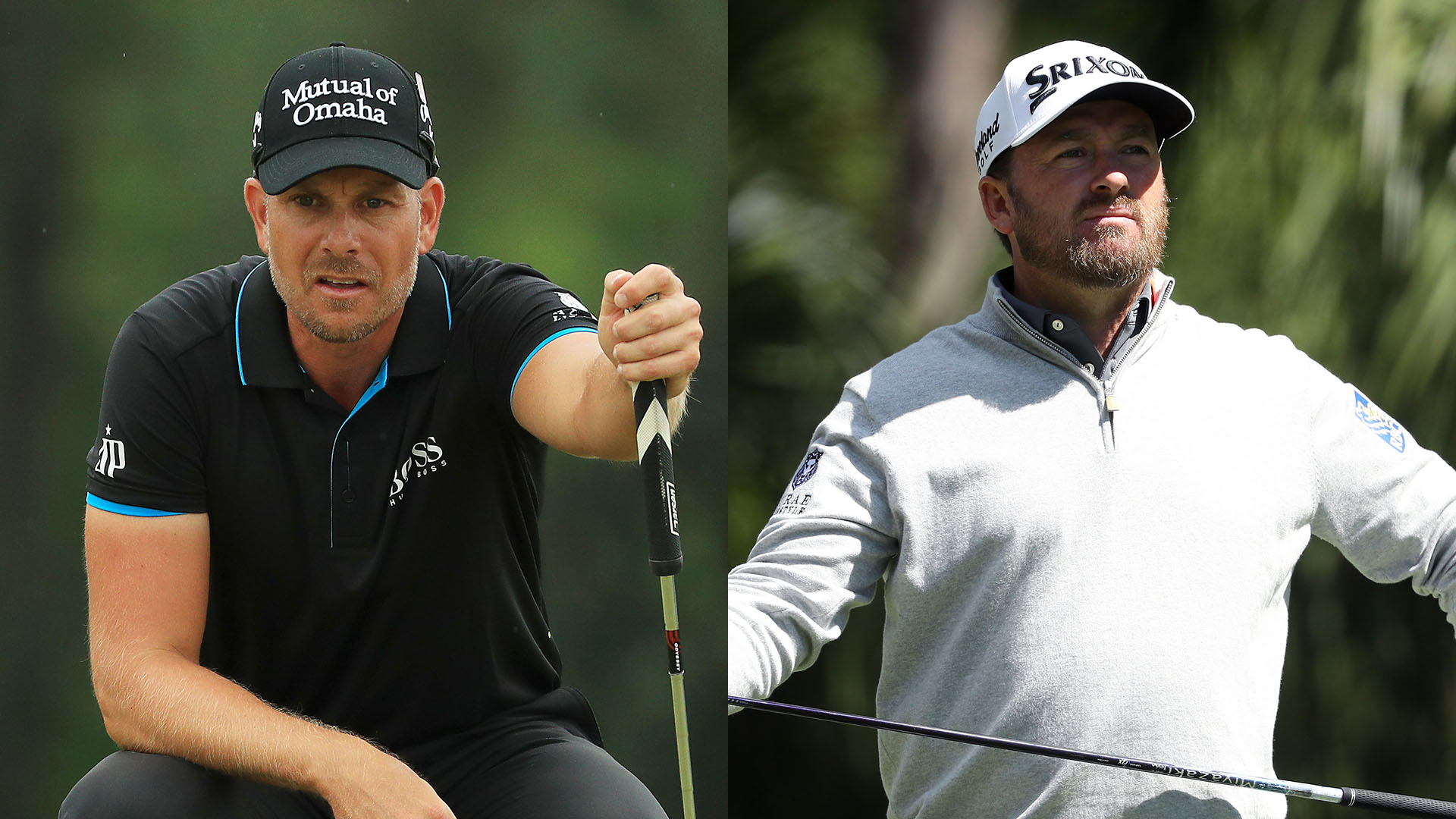 AVONDALE, La. – Henrik Stenson and Graeme McDowell have never paired in a team event together. They were teammates at two Ryder Cups, in 2008 and 2016, but always partnered with someone else. Same goes for the Zurich Classic, which they both played last year, just with different partners.

But make no mistake, they know each other and each other’s games well.

“We hit a lot of balls together,” said McDowell, who lives in the same community as Stenson in Lake Nona, Fla. “We share a coach with Pete Cowan, we share the back of the range at Lake Nona, so we see each other a lot. We play a lot of golf with each other, but never played competitively together before.”

That changed this week at TPC Louisiana, where the two major winners are 12 under through 36 holes – all of which they played on Friday thanks to a seven-plus-hour weather delay on Thursday.

Stenson and McDowell made four and three birdies, respectively, in fourball to shoot 7-under 65 before posting a 67 in foursomes. They are just two shots off the clubhouse lead held by Billy Hurley III and Peter Malnati, who also shot 67 in alternate shot, and one behind a crowded group of four teams at 13 under. (That logjam includes Kevin Kisner and Scott Brown, who were only able to complete four holes of their second round before play was called for darkness. Round 2 will resume at 7 a.m. Saturday.)

“I wouldn't say we played our absolute, absolute best, but the few times that we did miss, we were lucky enough that it didn't really cost us too much,” said Stenson, whose layup into the water at the par-5 18th was the team’s only bogey through two rounds.

“… I feel like I'm a little away from firing on all cylinders.”

Added McDowell: “I'll take a Stenson not firing on all cylinders as my partner any day of the week.”

Stenson needed a new Zurich partner after Justin Rose decided not to play. With McDowell’s previous mate, Ian Poulter, teaming with Sam Horsfield, the Northern Irishman was available. The Swede sent him a text and a new team was born.

“I said to him, ‘I look forward to you resurrecting my career for me at New Orleans,’ and thankfully I didn't need to wait that long,” said McDowell, who won in the Dominican Republic last month. “But listen, really happy to obviously get this pairing. Ian and I played together last year. Ian, obviously, one of the kids that they look after, Sam Horsfield, he wanted to get him in the field, so he dropped me.