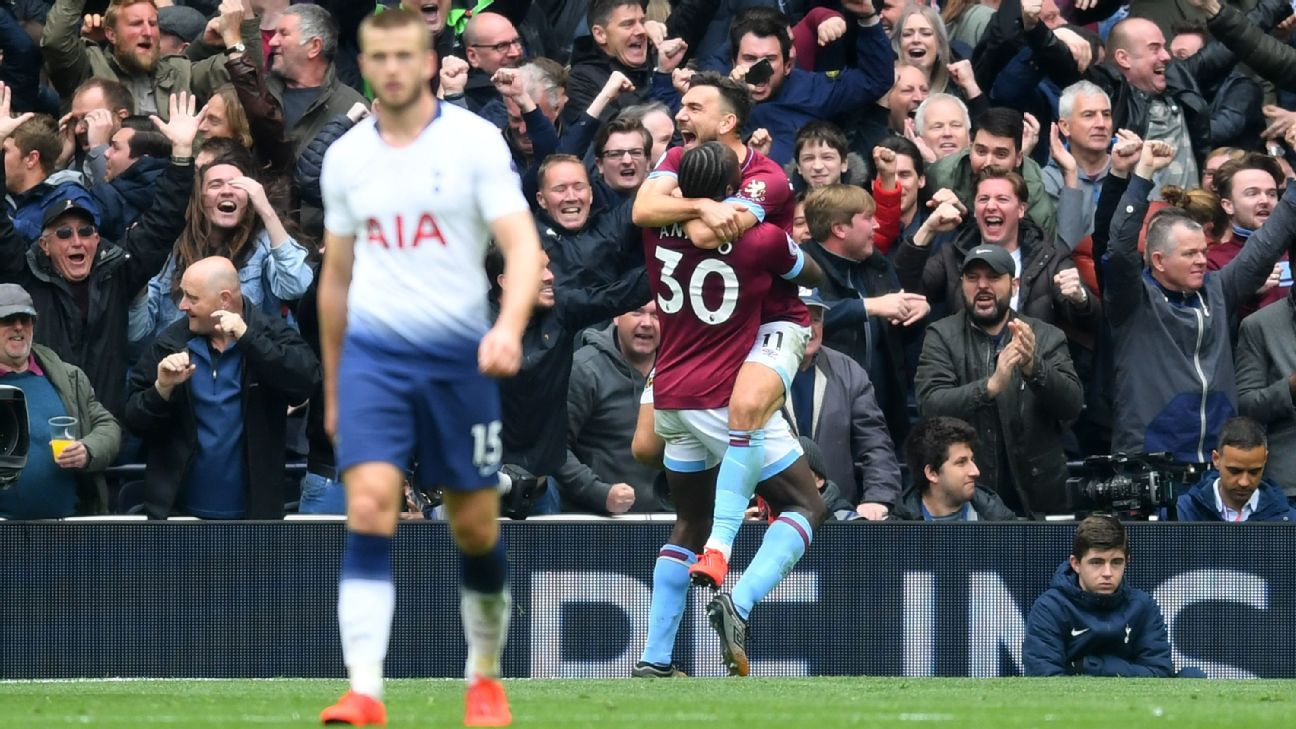 West Ham have delivered a blow to Tottenham's top four hopes, as Michail Antonio's second half strike gave them a 1-0 victory -- the first goal scored by a visiting team at the new stadium.

This was the fifth match in all competitions for Mauricio Pochettino's men at the Tottenham Hotspur Stadium and they had won the previous four without conceding a goal, but that run was ended after 67 minutes in this London derby in superb fashion.

Marko Arnautovic found Antonio with a fantastic ball over the top of the Spurs defence and the Englishman controlled the ball with his chest before firing past Hugo Lloris.

Tottenham, who are still without injury top goal-scorer Harry Kane, started the match with Son Heung-Min in attack as Fernando Llorente was on the bench -- while defender Jan Vertonghen was a surprise absentee.

The first 45 minutes saw few chances with West Ham's Felipe Anderson producing an impressive, surging run before shooting tamely straight at Lloris. Tottenham saw more of the ball but West Ham goalkeeper Lukasz Fabianski did not have a save to make in the opening half.

Son had a penalty shout turned down early in the second half, while Christian Eriksen hit a free-kick from a good area straight into the wall before Antonio opened the scoring.

Tottenham came close to equalising with the last kick of the game when substitute Vincent Janssen saw a header cleared off the line, but West Ham held on to secure a huge victory.

"For us to come here and get the first win is a great achievement," Antonio told Sky Sports. "The fans are loving it and we've just got to keep it going."

Pochettino was dismayed by the result but urged his side to pick themselves up quickly for Tuesday's game.

"I think the first half was good for us, second half they were better," he told a news conference. "They had more energy.

"We conceded a lot of space to run... We lost a lot of ball we gave them the possibility to make the game.

"I'm disappointed; it's a setback. We wanted the three points, we wanted to arrive at the Champions League game in a good way but it was not (to be) but now we need to move on. It's about the recovery and get ready for Tuesday to play."

The defeat may not be too damaging for Spurs, as they remain three points clear of fourth-place Chelsea, who face sixth-place Manchester United on Sunday. West Ham, meanwhile, remain 11th.