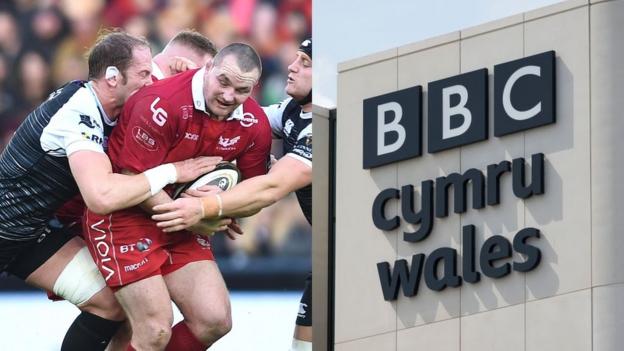 The BBC has secured rights to broadcast highlights of Guinness Pro14 matches from Sunday, 10 November.

The deal includes every round of Pro14 action, as well as the play-offs and the finals, for the next two seasons, including the 2020 final in Cardiff.

The BBC lost broadcasting rights for the Pro14 to Premier Sports in March 2018.

"BBC's return to the Guinness Pro14 is terrific news for our fans and adds yet another committed broadcast partner to our Championship," said Dermot Rigley, commercial director of Pro14 Rugby.

"As a tournament we have set a new standard by ensuring every single game is available live to our viewers in the UK and now with our highlights available to Free-To-Air audiences via the BBC, rugby fans will have unprecedented access to the matches."

A brand new programme on BBC Wales, airing on Monday nights, will bring further highlights from the Pro14, and fans will also now be able to access videos of key moments online and on social media.

In addition to the highlights deal, BBC Radio Wales and BBC Radio Cymru will continue live commentary and coverage of Pro14 matches.

BBC Wales will also continue the live production of Pro14 games for Clwb Rygbi on S4C.

"Together with the fascinating Rugby World Cup in Japan and a dramatic challenge at the top of the conference tables, this is a great time to see the championship highlights return to the BBC," said BBC Cymru Wales's head of sport, Geoff Williams.

"Rugby forms part of our national conversation and we'll bring all the action to fans across the country."

BBC Scotland will also show highlights, including games involving Edinburgh and Glasgow, in an hour long programme on a Monday night.

Grigor Stirling, Sport Commissioning Executive, BBC Scotland said: "It's a welcome addition to our wide portfolio of sports on the channel."

"We're sure that rugby fans will enjoy the Championship highlights after each round on our new programme."