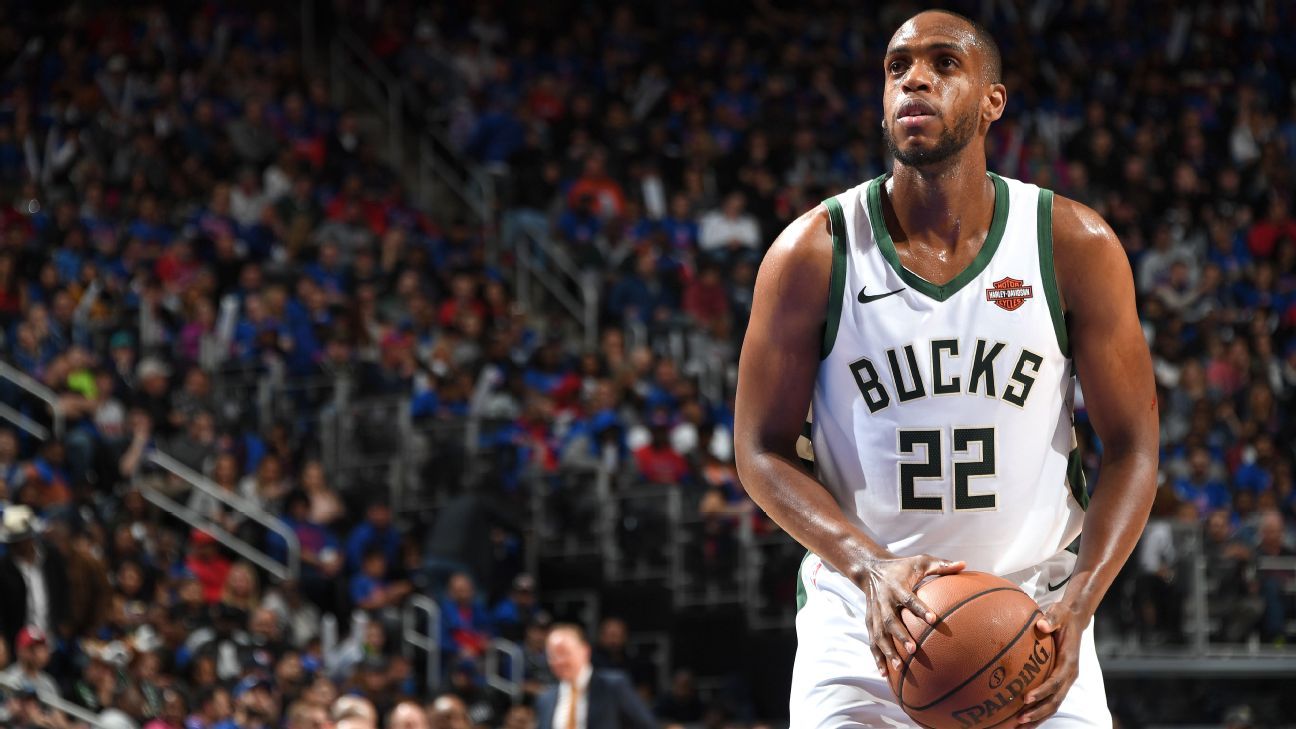 Milwaukee Bucks All-Star swingman Khris Middleton is expected to miss the next three to four weeks with a left thigh contusion after taking a knee to it, the team announced.

Middleton was injured during Sunday's victory over the Oklahoma City Thunder, in which Middleton finished with 10 points for the Bucks. He underwent an MRI and further examination Monday.

He is Milwaukee's second-leading scorer, so without him, players such as Wesley Matthews, George Hill and Kyle Korver will have to contribute more on the offensive end.

More in this category: « Kentucky's Washington declares for NBA draft Wizards' Miles has surgery; no timetable for return »