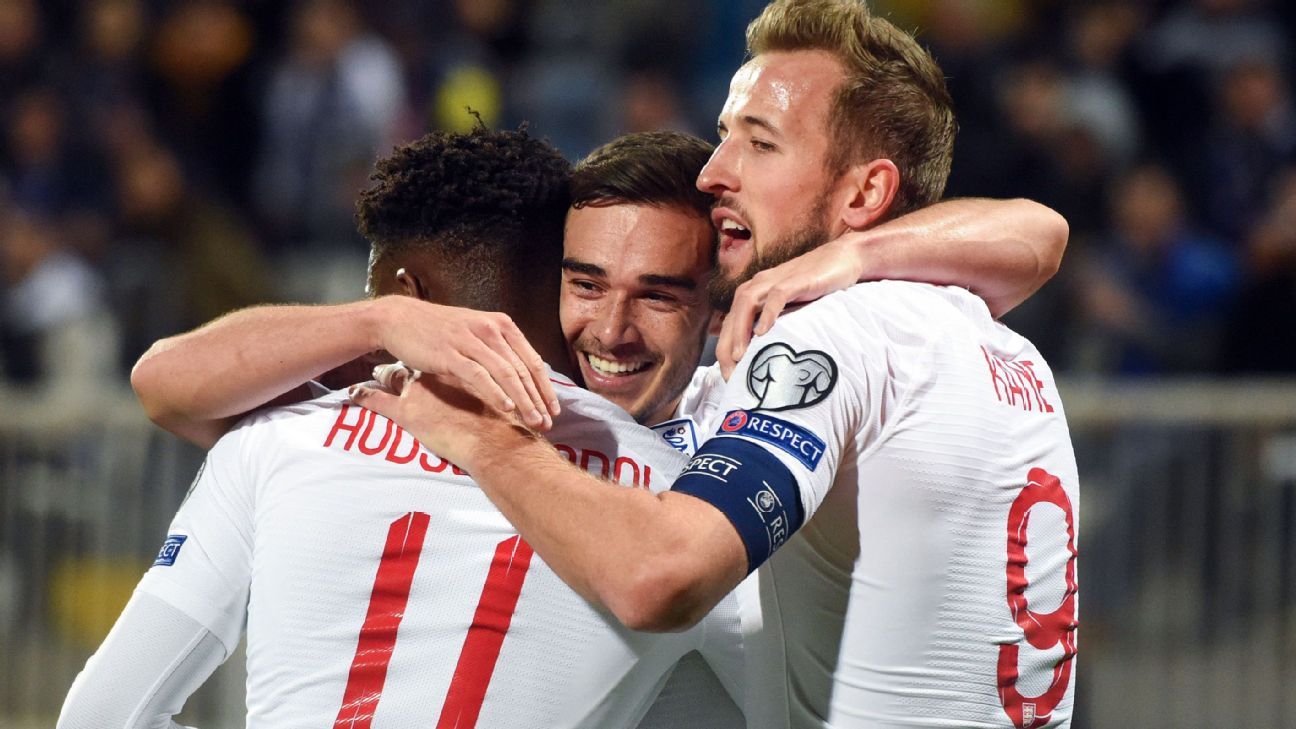 Harry Winks and Mason Mount each scored their first international goals as England beat Kosovo 4-0 in their final Euro 2020 qualifying match on Sunday.

England had already secured their spot for next summer's tournament but the win in Pristina also ensured their place among the top six seeds. England finish top of Group A with 21 points from eight games, their only blip being last month's 2-1 defeat in the Czech Republic, who have qualified as runners-up.

Winks' score came in the 32nd minute off a smart finish from Alex Oxlade-Chamberlain's pass inside the box.

Kosovo gave England some nervy moments throughout the second half, but late goals from Harry Kane and Marcus Rashford ensured the win. Kane has scored in six straight games for the Three Lions, tied for the longest streak of his career.

Mount got his goal in stoppage time after Kane slipped the Chelsea youngster ball for a simple finish.

Kosovo finished third on 11 points. Their chances of automatic qualification disappeared after a 2-1 defeat by the Czechs on Thursday but they could advance via the playoffs.