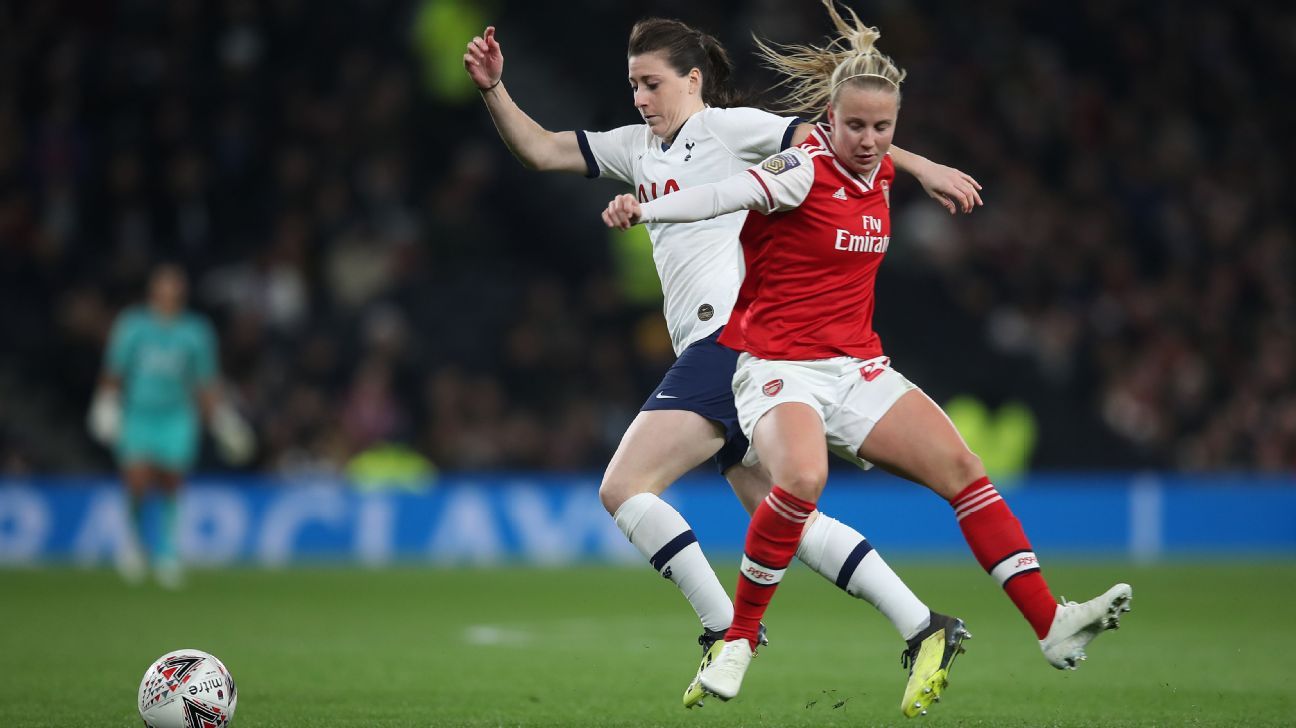 The first north London derby in the Women's Super League produced a record crowd of 38,262 for the competition on Sunday when Arsenal claimed a 2-0 victory at Tottenham.

The newly fully professional side held out until the 66th minute when Kim Little struck for the champions and Vivianne Miedema extended Arsenal's lead in the 82nd minute. It was the first time Tottenham, in its first top-flight campaign, had staged women's football at its main 61,000-capacity stadium, which opened earlier this year.

The crowd surpassed the 31,213 at Manchester City for the visit of Manchester United on the opening weekend of the season in September.

Tottenham hosted Arsenal on the first designated Women's Football Weekend in England which also saw 23,500 at Anfield for Liverpool's 1-0 loss to Everton.

Chelsea opened the season by hosting Tottenham in front of around 25,000 at Stamford Bridge. League leaders Chelsea were back at their usual home of Kingsmeadow on Sunday.

Maren Mjelde's penalty sealed a 1-0 victory over promoted Manchester United in front of 4,790 fans -- a WSL record crowd for a game not played in a large stadium usually used by the men's team.