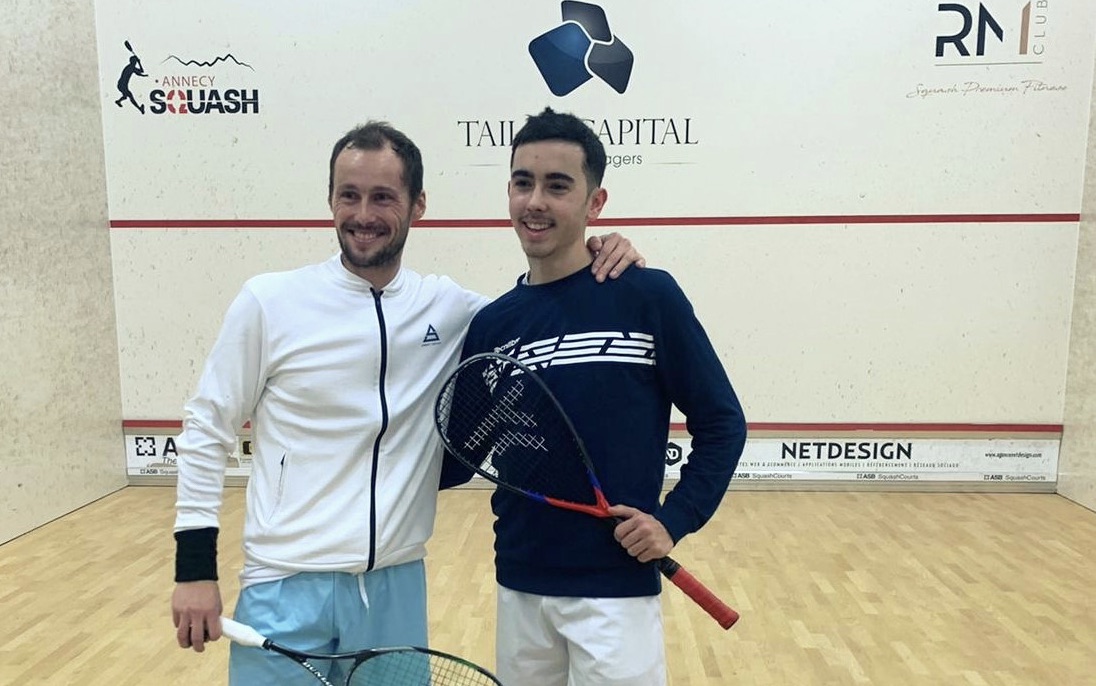 Gregory Gaultier gets back on court in France against Manuel Paquemar

The French General is back!

It was the moment the whole squash world was waiting for: more than 13 months after his last competitive appearance, Grégory Gaultier made his comeback on Saturday evening during a French League match in Annecy.

“I am so glad to be able to play again, especially in my home club,” the former World Champion and world number one said to us after his win in straight games over 18-year old from Créteil, Manuel Paquemar (11-3, 11-6, 11-6).

“Naturally I was very emotional before the match, and I enjoyed myself a lot on court. A lot of people came to support me, which felt very nice.”

The teams line up before the match with some familiar names including Simon Rosner, Nic Mueller and Lucas Serme alongside Gregory Gaultier

The French General seriously injured his knee during his quarter-final match against Ali Farag at the US Open on the 11th of October, 2018.

He went through a very difficult time after that, undergoing two surgeries. “It was an every-day battle during a year, and I had no idea whether I would be able to return to my former level, or even to play again at all. I’d like to deeply thank all the people who have helped me, directly or indirectly, to get back on court tonight.”

While Gaultier has announced he would return to the PSA World Tour at the Tournament of Champions at the beginning of January in New York, we may see him on court again earlier than that: the name of the four players who will represent France at the Men’s World Team Championship (15-21 December in Washington) will be unveiled next week …

Don’t miss our exclusive interview with Grégory Gaultier next week on Squash Mad.