Gregory Gaultier: I went through hell and hit rock bottom but I always believed I could come back 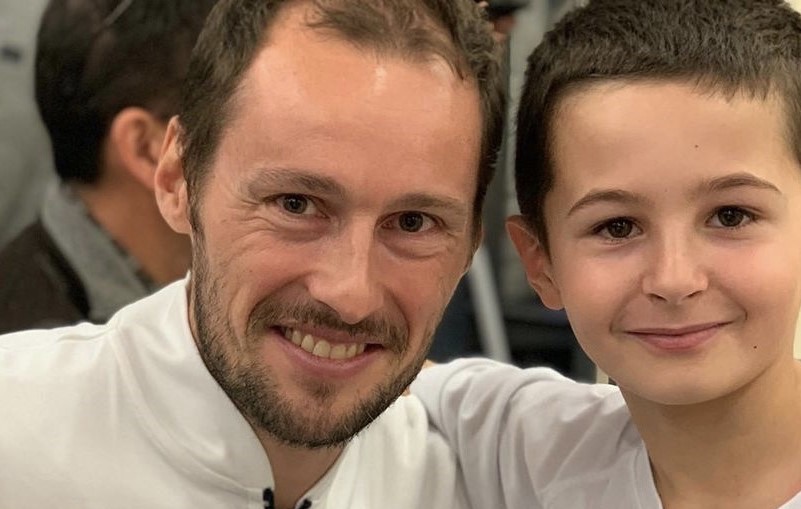 With a successful comeback to the court, and plans in place to represent his country and return to the PSA World Tour, Grégory Gaultier can at last afford himself the luxury of looking forward in hope rather than looking back in despair.

After being out for 13 months because of a serious knee injury, Gaultier returned to competition last Saturday at a French League match in his home club, Annecy.

He will be back on the PSA World Tour in New York in January, but before that the French General will be a big asset for France at the World Team Championship (15-21 December) in Washington.

We caught up with the 2015 World Champion, who is now willing to look forward after going through hell.

“I felt very emotional before the match (author’s note: which he won against 18-year old from Créteil, Manuel Paquemar), especially because it was in my home club and many people came to support me. Some of them saw me when I was on crutches and feeling down, and all they wanted was to see me back on court. I enjoyed myself during the match and had no pain whatsoever.

“My knee is feeling much better now than a month ago, when I started training on the whole court again. When you’ve been out for so long, it’s only natural to be cautious. I was compensating and using my left leg a lot, which led to a few niggles here and there.

“I’ve done a lot of weightlifting to regain some muscle mass, a lot of biking for the cardio fitness as well as some solo drills to get the feel back with the racquet. Now that things are moving in the right direction, I am gonna be able to concentrate on more specific footwork exercises, in order to get my speed back. Then, my first step will be quicker, I’ll be able to volley more etc. The more I’ll play, the more my joint – which is still a bit stiff – will loosen up.”

THE END OF A NIGHTMARE

“I went through hell, but I fought every single day to have a chance to play squash again – which has been the thing I love since I’ve been four years old. A lot of people suggested I should give up, and others even said I may be able to play again but at an amateur level (he laughs) … Obviously they didn’t know me very well!

“I didn’t really pay attention to be honest, because I am the one who gets to decide when my career is over. Of course, I need to go step by step and I cannot set big targets too quickly. Besides, beyond playing competitively again, the primary goal of the recovery was to prevent me from being disabled and to get back to a normal life.

“The doctor who carried out the second surgery did a great job, and we worked very hard with the physios so that my joints would regain their mobility. My whole staff – my physical trainer Thomas Adriaens, Renan Lavigne etc. – worked together to get me back on track, and of course I did my part of the job.

“It meant going through six-hour physio sessions, and doing tons of daily exercises. Some days were harder than others. When you are going through this kind of stuff, you ask yourself so many questions. But I’ve always had belief. Today I am seeing light out of the tunnel, and it’s a big step for me.”

THE POWER OF SUPPORT

“I am lucky enough to be surrounded by great people. There are Thomas and Renan whom I’ve mentioned before but also Yann Bourrel, Mathieu Benoit, Frédérique Barthelemy, Jean-Marc Poupel as well as all the physios at the National Centre in Aix-en-Provence.

“It’s easy to be by an athlete’s side when he’s a the top, but it’s a whole different story to stick with him when he’s hit rock bottom. These people know what kind of a person I am, and they did not want to give up on me.

“Let’s say we’ve done a few small things together (he laughs), for example when I won the World Championship in 2015. These are the kind of experiences you cannot forget. I know it’s not always easy to work with me because I demand a lot, but on the other hand my staff know I am disciplined and I always give one hundred per cent. That’s why they didn’t hesitate to spend countless hours brainstorming together, so we could find a way out of this …”

“I get a lot of messages, some from people telling me they will only resume their Squash TV subscription once I am back on the tour! I’ve just registered for the Tournament of Champions (9-17 January in New York). I know I won’t be at my best yet, but I had to jump in at some point …

“Let’s not forget I suffered a very serious injury. My right leg isn’t 100 per cent yet and I need more rhythm. I think by February or March, it should be getting better and better. At this stage, I am not setting any goals in terms of ranking and so on. On the other hand, I am a competitor, and I am not gonna turn up at tournaments to make up the numbers.”

BUILDING SOMETHING SPECIAL AT ANNECY

“It was a great day last Saturday, there were a lot of teams across all levels playing next to each other. It was pretty packed, and the volunteers from the club did a great job as usual. All the players arrived the day before to hit with the kids from the academy, it was great to spend some time with them.

“As far as our project goes, there is still a lot to do and you can’t get everything right at first! But things are going in the right direction, and we started our regional training centre for the youngsters in September.

“We need to keep promoting squash towards kids – we’ve set up a partnership with some clubs in the area – as well as organising events such as the Annecy Rose Open, which will be a 20k PSA tournament in March 2020.

“As far as I am concerned, I am delighted to be involved in this project. I know a few things about squash (he laughs), and I am happy to bring my experience. Putting some energy into it, and diving into my role as a captain and travelling with the team when I couldn’t play, certainly helped in this difficult time.”

PULLING ON THE FRENCH SHIRT AGAIN  IN DECEMBER

“I am glad to be back on court, and even more so with France. The younger French players have been improving lately and are on the right track. Let’s hope that in the future they’ll win some medals in team events, like we did with the previous generations. In the meantime, I hope I am gonna be by their side for a few more years, before I pass the torch.

“In Washington, I will do everything I can to help the team, like I’ve done for almost 20 years. There are three more weeks before the Championship starts, and during this time I am gonna be working so that I am in the best possible shape. I can’t wait!”