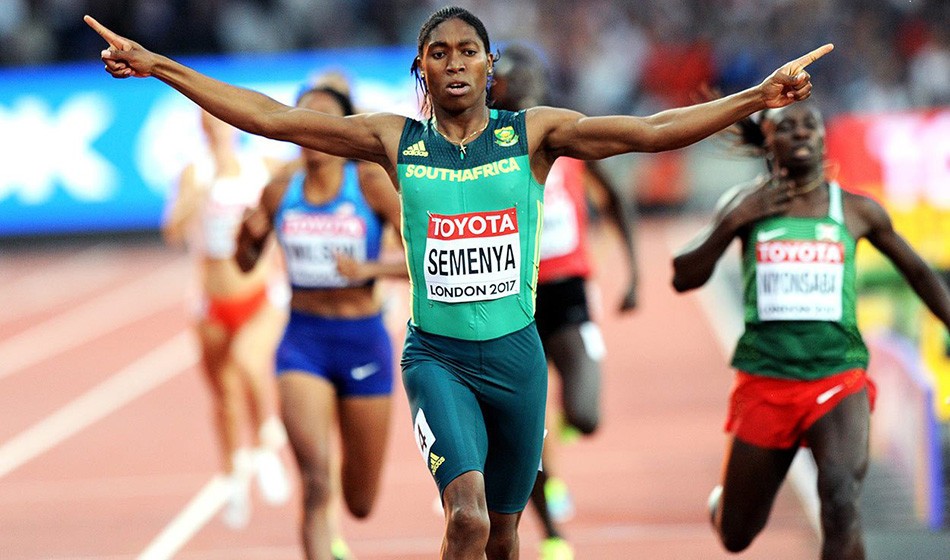 Caster Semenya has lost her landmark case against the IAAF’s new rules on female classification, which relate to restricting testosterone levels in female runners in certain events on the world stage.

The case concerned the “IAAF Eligibility Regulations for Female Classification (Athletes with Differences of Sex Development)” (DSD Regulations) which had been due to come into effect on November 1, 2018, but were suspended.

The regulations will now start on May 8.

Ruling on the case, the Court of Arbitration for Sport (CAS) dismissed the challenges from both Semenya and Athletics South Africa (ASA) against the new rules, but added that the panel “expressed some serious concerns as to the future practical application of these DSD Regulations”.

As a result two-time Olympic 800m champion Semenya, and other female athletes with DSD, will need to reduce their natural testosterone level in order to take part in certain women’s events in international competition.

The rules for athletes who have DSD will apply to the 400m, 400m hurdles, 800m, 1500m, one mile races and combined events over the same distances.

Athletes who wish to compete would be required to take medication for six months beforehand and then maintain a lower testosterone level. Should they not want to take the medication they would be able to compete in international competitions in disciplines other than track events from 400m to the mile, or they could compete in men’s or mixed gender competitions or domestic (non-international) events.

“I know that the IAAF’s regulations have always targeted me specifically,” read a statement from Semenya, who recently won both 1500m and 5000m titles at the South African Championships.

“For a decade the IAAF has tried to slow me down, but this has actually made me stronger. The decision of the CAS will not hold me back. I will once again rise above and continue to inspire young women and athletes in South Africa and around the world.”

The case had previously been described by CAS as “one of the most pivotal” to have ever been heard by the court.

“The Court of Arbitration for Sport (CAS) has ruled on the requests for arbitration filed by the South African athlete Caster Semenya and Athletics South Africa (ASA) (“the Claimants”) against the International Association of Athletics Federations (IAAF) (collectively, the parties),” read a CAS statement in part.

“The arbitration procedures concerned the “IAAF Eligibility Regulations for Female Classification (Athletes with Differences of Sex Development)” (DSD Regulations) that were due to come into effect on 1 November 2018 and which are currently suspended, pending the outcome of the CAS procedures.

“The CAS has dismissed both requests for arbitration.”

The statement added: “Caster Semenya and ASA requested that the DSD Regulations be declared invalid and void with immediate effect. They consider them as being discriminatory, unnecessary, unreliable and disproportionate. The IAAF contended that the DSD Regulations do not infringe any athlete’s rights, including the right to equal treatment, but instead are a justified and proportionate means of ensuring consistent treatment, and preserving fair and meaningful competition within the female classification. There is no dispute that there should be a separate classification for female athletes – a binary divide between male and female.

“By majority, the CAS Panel has dismissed the requests for arbitration considering that the Claimants were unable to establish that the DSD Regulations were “invalid”. The Panel found that the DSD Regulations are discriminatory but the majority of the Panel found that, on the basis of the evidence submitted by the parties, such discrimination is a necessary, reasonable and proportionate means of achieving the IAAF’s aim of preserving the integrity of female athletics in the Restricted Events.”

However, it added: “In a 165-page award, the CAS Panel expressed some serious concerns as to the future practical application of these DSD Regulations. While the evidence available so far has not established that those concerns negate the conclusion of prima facie proportionality, this may change in the future unless constant attention is paid to the fairness of how the Regulations are implemented.”

An executive summary of the decision has been published by the CAS and can be found here.

A press release issued on behalf of Semenya added: “Ms Semenya shares the view of the dissenting CAS arbitrator that the DSD Regulations are unnecessary. Women with differences in sexual development have genetic variations that are conceptually no different than other genetic variations that are celebrated in sport. The IAAF’s basis for discriminating against these women is their natural genetic variations. Ms Semenya believes that women like her should be respected and treated as any other athlete. As is typically the case across sport, her unique genetic gift should be celebrated, not regulated.

“Ms Semenya also agrees with the concerns expressed by the unanimous CAS panel about: (i) difficulties implementing and complying with the DSD Regulations; (ii) the absence of concrete evidence supporting the inclusion of certain events under the DSD Regulations; and (iii) the negative and harmful side effects of medical treatment experienced by athletes subject to the DSD Regulations who wish to continue in women’s competition.”

The CAS panel has suggested that the IAAF considers deferring the application of the DSD regulations to the 1500m and one mile events until more evidence is available.

The IAAF released a statement in response to the CAS decision, with the governing body saying it was “pleased that the Regulations were found to be a necessary, reasonable and proportionate means of achieving the IAAF’s legitimate aim of preserving the integrity of female athletics in the Restricted Events.”

Regarding the CAS concerns, the statement added: “The IAAF notes the three concerns expressed by the CAS Panel as to the fairness of the implementation of the Regulations. The CAS Panel in the Chand case (CAS 2014/A/3759) found that the previous iteration of the regulations were administered with ‘care and compassion’ by the IAAF, and this will not change.

“As the Regulations expressly state, the IAAF will keep all practical matters of implementation under periodic review. Indeed, the IAAF has already addressed the CAS Panel’s first concern by mitigating the consequences of unintentional non-compliance by an athlete in a new clause 3.15.”

The IAAF regulations can be found here, while a summary of the process for athletes seeking eligibility for the IAAF World Championships in Doha is here.

The CAS added that the decision may be appealed at the Swiss Federal Tribunal within 30 days. Semenya is said to be reviewing the decision with her legal team and considering whether to file an appeal.