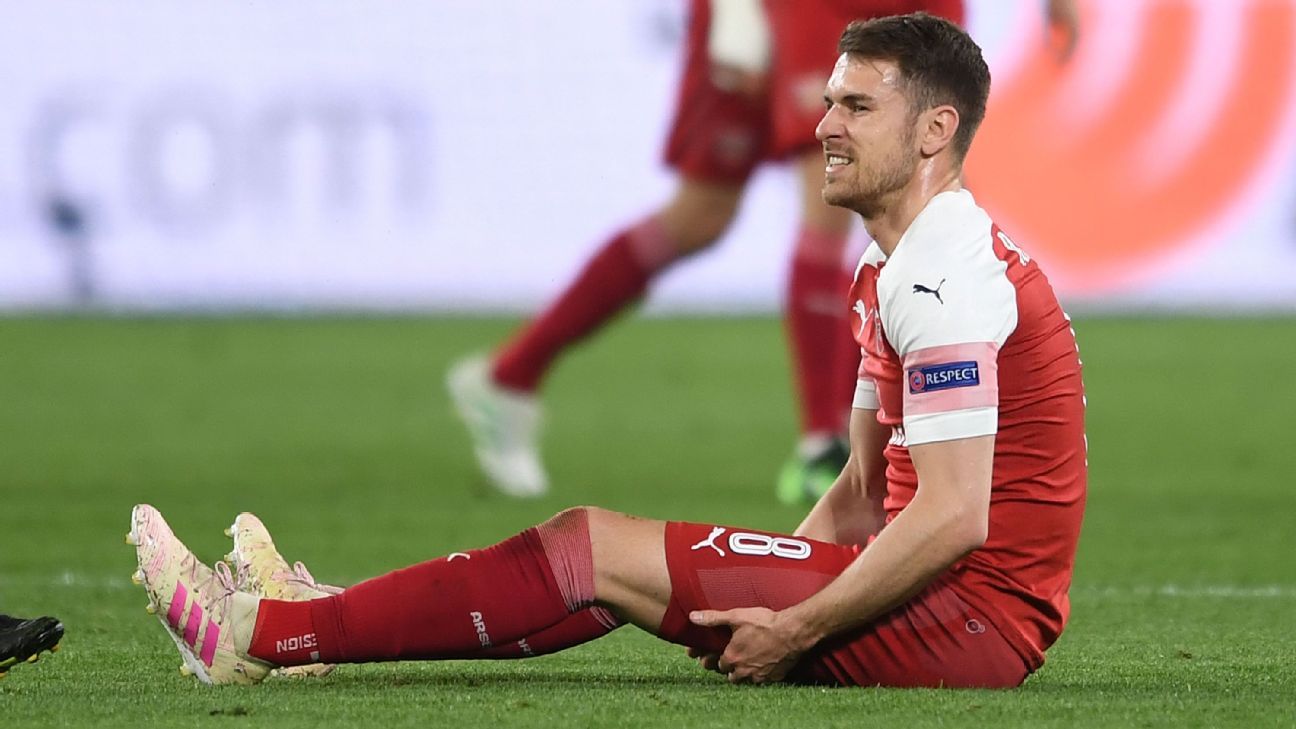 Arsenal manager Unai Emery has said Aaron Ramsey will not play for the club again because of a hamstring injury sustained in the Europa League quarterfinal second leg clash away to Napoli.

Ramsey's 11-year association with Arsenal will come to an end on June 30 when he will join Juventus on a free transfer.

And, speaking ahead of the semifinal first leg at home to Valencia, Emery confirmed Ramsey would be unavailable for selection for the remainder of the campaign.

"At the moment we are only in the semifinal, and secondly the prognosis is not OK for this date," Emery said.

"He is important for us. We cannot use him and the danger is always there for a forward player like that.

"We have players who can play [in that position], but he was in a good moment when he had this injury.

"For me it was a good experience to work with every player and with him especially, because he can transmit his energy and he showed me his heart is red with Arsenal.

"I wanted to enjoy with him. I said to him one month ago that I wanted to do something important in his last matches with us at the moment -- maybe he can come back in the future. It will not be with him on the pitch but he is still with us."

Arsenal, who are in a battle to qualify for the Champions League, face Brighton and Burnley in their final two Premier League fixtures as well as Valencia over two legs in the Europa League semifinals.

The Wales international, who is Arsenal's longest-serving player, joined from Cardiff in 2008.

During his time with the club he has won the FA Cup on three occasions, scoring the winning goal in 2014 and 2017.

Press Association Sport reported that Arsenal are in talks with Juventus over Ramsey's recovery and he is set to be fit in time for the start of preseason in Turin.

It has also been reported that Arsenal will hold a guard of honour for Ramsey and retiring goalkeeper Petr Cech after Sunday's match against Brighton at the Emirates, their final Premier League home game of the season.